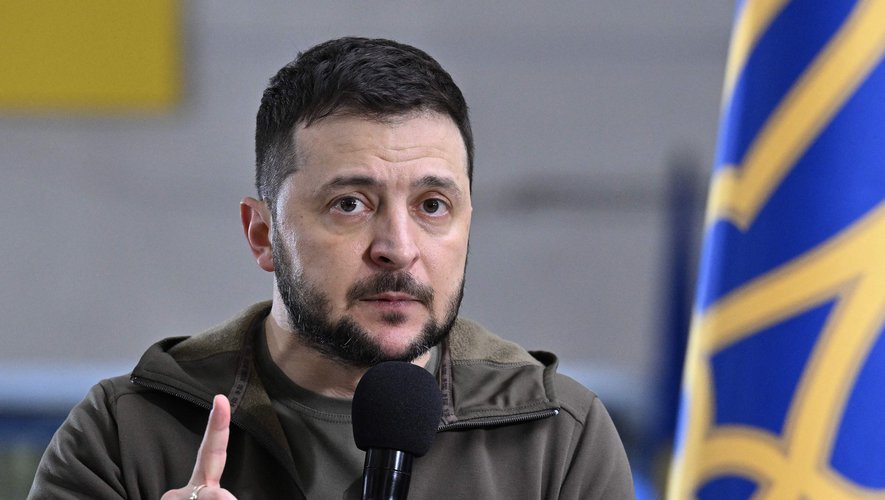 War in Ukraine: what does Volodymyr Zelensky accuse Emmanuel Macron of?

the essential
The French president reportedly discussed with his Ukrainian counterpart the possibility of making territorial concessions for Vladimir Putin and Russia in order to find a way out of the conflict. A proposal not to kyiv’s taste.

Emmanuel Macron is trying “in vain” to dialogue with his Russian counterpart Vladimir Putin, said Ukrainian President Volodymyr Zelensky, not judging “not correct” that the French president is ready, according to him, to “make diplomatic concessions” to Russia . Contacted by BFMTV, the Elysée refutes kyiv’s remarks and claims to have never negotiated with the Russians behind the backs of the Ukrainians. In a way, the tone rises between Paris and kyiv even if the objective remains the same, to stop the war.

The newly reelected French president was referring to the humiliation of the Germans at the end of the First World War, which led straight to Nazism and the cataclysm of the Second World War, according to the French presidency. But these remarks may also have been perceived as a veiled warning to the United States, which massively helps Ukraine militarily and whose Minister of Defense, Llyod Austin, wished “to see Russia weakened” forever in the back from a trip to kyiv.

For the Ukrainian president, “Macron does not need to make diplomatic concessions (to Russia) now”. The Elysée defends itself from any single rider. The head of state “never discussed anything with Vladimir Putin without the agreement of President Zelensky”, insists the French presidency. “It is up to Ukraine alone to define the conditions for negotiations with Russia,” Emmanuel Macron also reiterated as proof in his speech on the future of Europe in Strasbourg.

Emmanuel Macron proposed, Monday, May 9, to create a “European political community” to allow Ukraine to join the European project without waiting for full and complete membership of the EU which will take “decades”. This “political community”, intended to welcome countries adhering to the European “foundation of values”, could offer progressive access to the single market.

Ukraine invited to the European table but “without a chair”

Ukraine would thus be at the table of the European Council. But Volodymyr Zelensky and his head of diplomacy, Dmytro Kuleba, have since made no secret of their preference for direct membership of the EU, to which Ukraine has been a candidate since March. “It’s like a table where the whole family is gathered, and we invited you, but we didn’t put you in a chair. I think it’s unfair”, launched the Ukrainian president this Wednesday, May 11 during a videoconference with French students.

After several sessions of talks between kyiv and Moscow in March, discussions have since stalled, the positions of the two parties being too far apart. Volodymyr Zelensky however repeated his desire to meet Vladimir Putin, “but only with him, without any mediator”. “And with a dialogue approach, not (by issuing) ultimatums,” he said.