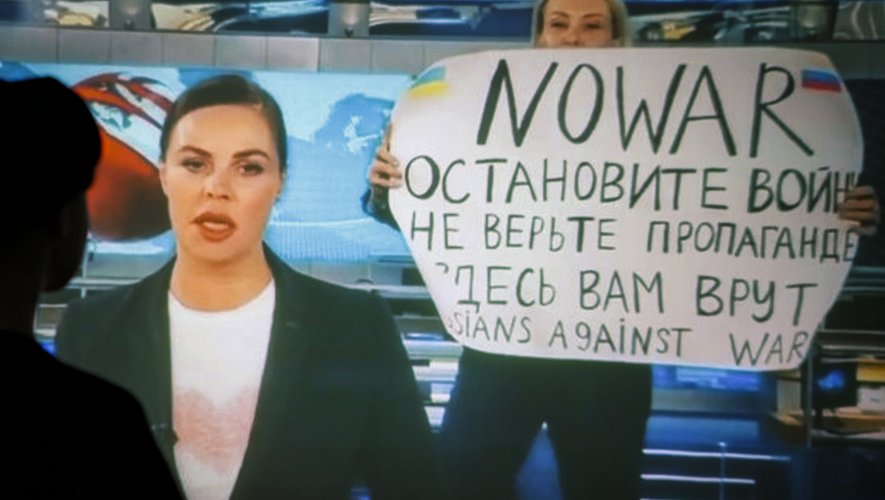 War in Ukraine: the journalist who denounced the Russian invasion live on television with her poster has left Russia

She denounced the Russian invasion live on television. Since then she has been wanted by Moscow.

Marina Ovsiannikovafamous for holding up a sign in the middle of the television news urging viewers not to believe state propaganda, was placed on the list of people killed by Moscow after she fled the place of residence where she was assigned while awaiting trial. The 44-year-old Russian journalist was placed under house arrest for two months in August and faces up to 10 years in prison if found guilty of spreading information about theRussian army which is different from that of the government.

Also read:
War in Ukraine: She opposed the invasion live on television, Russian journalist Marina Ovsiannikova on the run and wanted by Moscow

However, the state media Russia Today reported on Saturday October 1st that she was gone and her whereabouts unknown. “Last night my ex-wife left the place where the court placed her under house arrest and fled in an unknown direction with my 11-year-old daughter.”then declared her ex-husband.

This Monday, our colleagues from the Guardian claim that Maria has left Russia, citing her lawyer Dmitri Zakhvatov.

“(Marina) Ovsiannikova and her daughter left Russia a few hours after leaving the address where she was under house arrest. They are now in Europe.”said the lawyer. “They are fine. They are waiting to be able to talk about it publicly, but for the moment it is not certain.”.

See also  Who pays how much to the EU? Ammunition for EU skeptics