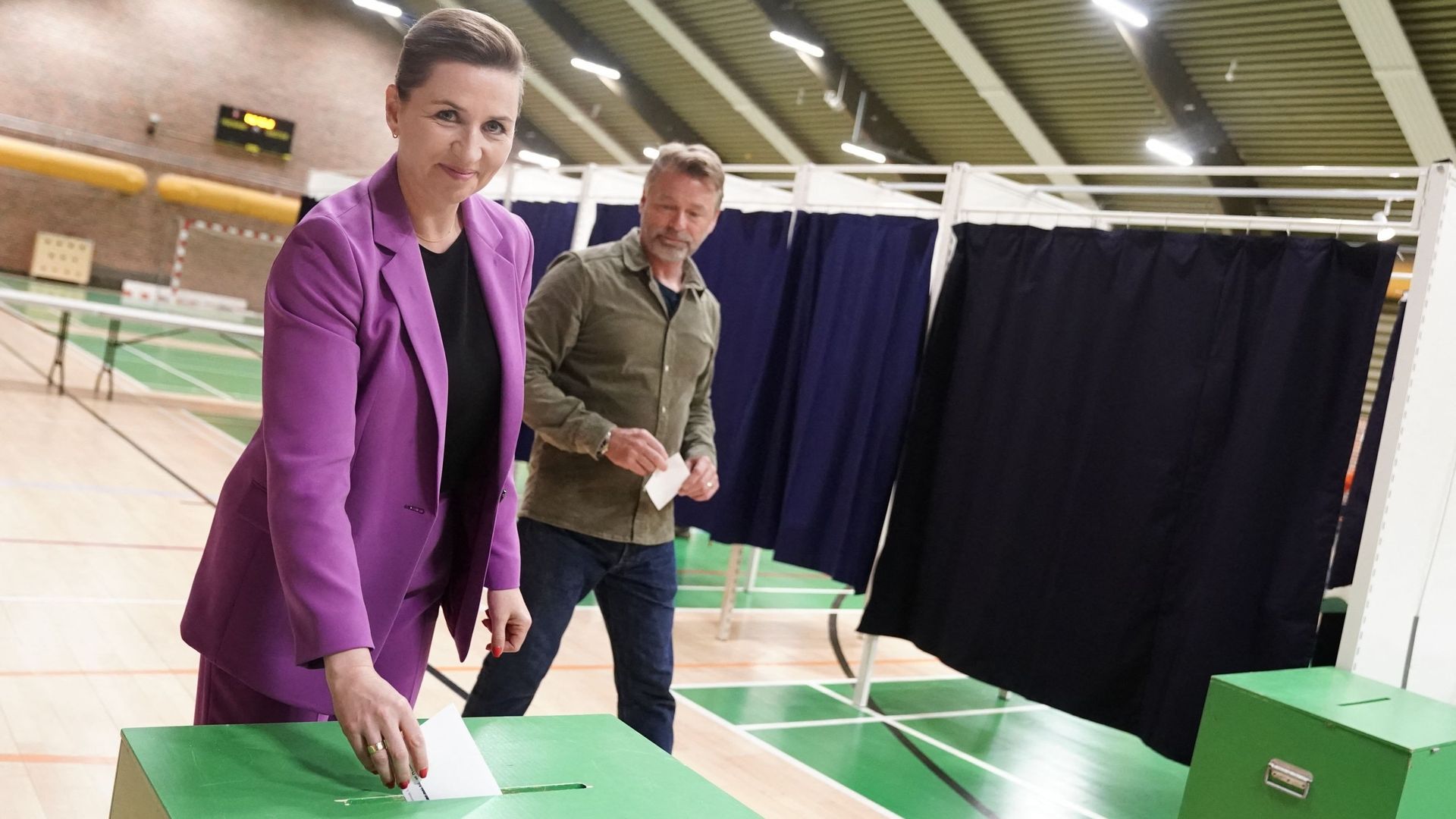 War in Ukraine: 30 years after its refusal, Denmark decides to join European Defense

The Danes responded overwhelmingly “oui” to the proposal to join the European Defense Policy that they had been shunning for 30 years. This is a major reversal in Danish public opinion, which for a long time had shown great mistrust of any European political integration.

This Euroscepticism came to light just 30 years ago, on June 2, 1992, when the Danes rejected the Treaty of Maastricht, the founding European Union, by 50.7% of the vote. Denmark remained a member of the European Union only by granting four exemptions: the country obtained the right to refuse the single currency (it still uses its crown rather than the euro), European citizenship, as well as justice and defense policies.

On February 24, the electroshock

Twice, the Danes had confirmed by referendum this “no” (no), in 2000 on the adoption of the euro and in 2015 on justice. Third test this Wednesday: the Danes had to say if they now agreed to participate in the Common Security and Defense Policy (CSDP) of the European Union.

This time, the Russian military aggression against Ukraine on February 24 caused an electric shock throughout the European Union, and in particular in the countries geographically close to Russia. This war has already convinced two Baltic countries, Finland and Sweden, to come out of their neutral status and ask to join NATO.

No voice in the chapter

Denmark benefits from the umbrella of the Atlantic Alliance. But he had stayed away from the European defense pillar which has developed since the principle was adopted 30 years ago. When Europeans talk about security and defence, the Danes have no voice. A situation that today seems difficult to sustain.

Barely ten days after the entry of the Russian army into Ukraine, on March 6, the government in Copenhagen announced the organization of a referendum on the abolition of this derogation obtained in 1992.

“When Putin is as aggressive as he is in Ukraine right now, we have to stand together”

“There is a war on our continent. Coming together is the best answer”insists Prime Minister Mette Frederiksen. “When Putin is as aggressive as he is in Ukraine right now, and he could be elsewhere, then I think we in the rest of Europe need to stick together.”

In the process, the government undertook to respect the NATO standard, and to gradually increase the defense budget to reach 2% of GDP in 2033.

Polls showed that public opinion was 44% in favor of this integration into European defense policy. But 20% of Danes were undecided and risked once again keeping the country in the isolation camp.

In the Danish parliament, 11 out of 14 parties, i.e. three quarters of those elected, called for a vote “oui”. Only the Eurosceptic far-right and the pacifist far-left have campaigned for the “non”.

Preference for a peaceful EU

On the far right, the Danish People’s Party and the New Right use the example of Finland and Sweden: their rapprochement with NATO proves, according to them, that the Europe of Defense is useless, even creates competition damaging to the Atlantic Alliance. On the far left, the Unit List explains prefer “a peaceful EU rather than a militarized EU”.

But for the rest of the political class, participation in the CSDP has become obvious. Lars Loekke Rasmussen, chairman of the liberal party (Venstre), points out that “It’s not NATO or the EU, but it’s the EU and NATO. Even in the White House, Europe is expected to do more.”

Being at the decision table

“We will finally be able to sit at the table where the decisions are made”, argues a representative of the ruling Social Democratic Party. Experts explain that with this absence on European defense issues, Denmark has gradually marginalized itself.

The leverage of small countries

However, for small countries, participation in the decisions of multilateral institutions is the main political lever that allows them to weigh on the international scene. This is the strategy adopted for a long time by Belgium within the EU, NATO, the UN and many other international forums.

“Denmark is unable to exploit the relatively high opportunities in the EU in general and in the European Security and Defense Policy in particular”, analyzes Henrik Boesen Lindbo Larsen for the Cairn think tank. The military instrument is part of the means of influence on the international scene. “Denmark can be perceived as a country that does not want to contribute to common security”, adds the expert. This chilly attitude has been described as “danemarkisation”to designate a country that wants to receive but does not give anything in return.

Le “oui” in the referendum will now allow Denmark to participate fully in European security and defense cooperation. Copenhagen will have a say in where and when the Union deploys its military missions. The country will always be able to choose if it participates in a mission and with what numbers. He will be able to participate in the purchases and developments of the European defense industry within the EDA.