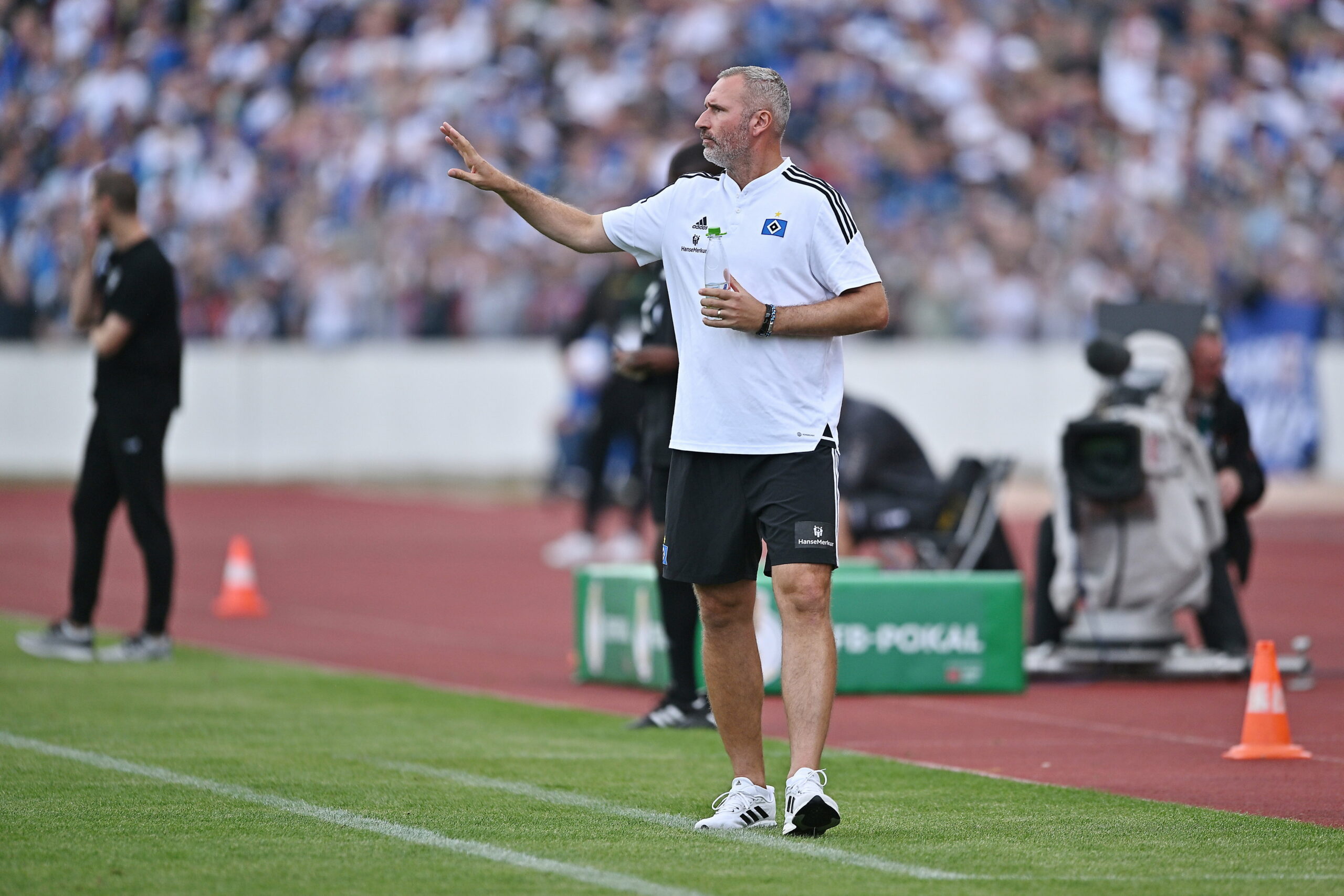 Walter changes the HSV system: “The trainer has to be good for something”

So far, Tim Walter had firmly established the 4-3-3 in Hamburg. In the cup game in Bayreuth, the 46-year-old broke with his favorite system after the weak first round and switched to a two-man attack. “We then did a lot better in the second half,” said the 46-year-old after the game.

“In the first half we played around it like in handball, the eights let themselves tip over. There was the idea that with a second tip we would go even more one-on-one.”

Tim Walter praises the character of his team

A castling that quickly bore fruit – and finally mated the third division team. HSV steadily increased the number of strokes in the new system, the few Bayreuth chances were mostly created by switching options after Hamburg attacks.

“Shooting it like that shows character,” Walter praised his team. It was a hard-fought victory, in which the HSV coach certainly played his part. “The coach has to be good for something,” joked Walter.