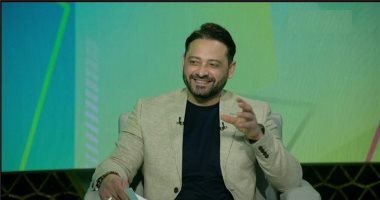 Walid Salah Abdel Latif, the former star of Zamalek and Egyptian football, described what happened in the match between Egypt and Nigeria yesterday as a football disaster and a farce for Egyptian football that he had not seen for decades.

And Abdel Latif added, in televised statements to the Box to Box program, on the etc channel, with the media, Mohamed Shabana, that changing the positions of the players in the Nigeria match is a disaster by all standards, and the entire technical staff must be held accountable for it, from Queiroz to Diaa El-Sayed to Mohamed Shawky.

And the former Zamalek star added: “At the beginning of the match, Mustafa Mohamed started as a spearhead, but after the first minutes of the meeting, the player’s position was changed to Mohamed Salah’s position, and it was natural that this was the outcome.”

Abdel Latif added: “Mohamed Sharif is more suitable for the way Mohamed Salah plays than Mustafa Mohamed, and Queiroz has proven that he does not know the players’ abilities compared to what happened in the Nigeria match.”