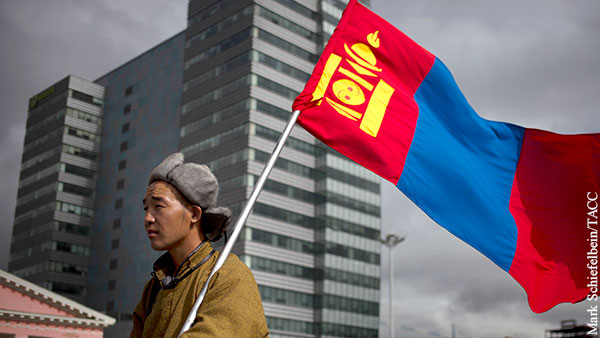 VZGLYAD / CIA is outplaying Russian intelligence in Mongolia :: In the world

In one of the countries closest to Russia – Mongolia – a very iconic spy scandal is coming to an end. Local intelligence officers will go to jail for a long time for working for the Russian special services (at least, this is the verdict of the court). But the biggest problem is that the trail of American intelligence services is clearly visible behind this whole story.

In Mongolia, the Supreme Court approved the verdict of a court in one of the districts of the country’s capital, Ulaanbaatar, according to which two employees of the local Main Intelligence Directorate (foreign intelligence) were each sentenced to 14 years in prison. These people are accused of working for the Russian special services. And this is on the eve of the visit of the head of the Mongolian Foreign Ministry to Moscow. Considering the historical ties between Russia and Mongolia – what was it anyway?

B. Erdenebat and B. Erdenebayar worked in the Mongolian GRU (this is civil, not military intelligence, despite the familiar name) and passed on something extremely secret to unnamed employees of the Russian embassy in Ulan Bator. At least that’s what Mongol sources say. Initially, one of them received two years more than the second, as an organizer, who allegedly involved another in work for Russia, but then, after an appeal, the terms were leveled down. The expulsion of Russian diplomats is not mentioned, which is understandable. These two were arrested back in 2019, just the investigation and the trial for some reason went on for so long.

By the way, immediately after their arrest in 2019, the GRU of Mongolia issued a whole appeal to the citizens of the country, in which it begged them not to come into contact with foreign intelligence services. From the text of the appeal, it followed that the cooperation of the Mongols, especially officials, including high-ranking officials, with foreign intelligence services had become widespread. The Mongolian GRU then claimed that this was all because of poverty, but very much asked the Mongolian citizens not to buy for three kopecks, but to go straight to them and talk about recruiting approaches. It looks, we admit, strange, but that’s how things are arranged there.

The story is strange and confusing. The VZGLYAD newspaper managed to find out that at least one of the convicts studied in Moscow, at the Academy of the Ministry of Internal Affairs of Russia. On the other hand, these are surnames that are very common in Mongolia.

In 2019, in Germany, in Dresden, the Vice Consul of Mongolia in Istanbul Battushiga was detained, who was transporting 70 kilograms of hashish in his car with diplomatic numbers. He was given 11 years in Dresden (Mongolia removed diplomatic immunity from him). So, at the wheel of this car was a man by the name of Erdenebayar, who had been in the diplomatic service for more than 20 years and had previously worked as a personal chauffeur for the foreign ministers of Mongolia. Vice-consul Battushiga in a German court told a fantastic story that he allegedly carried out the task of the Mongolian intelligence in the person of his chauffeur Erdenebayar and caught drug dealers with live bait. The German judges did not believe him. Erdenebayar was not punished and returned to Mongolia.

Don’t laugh right away when you read the phrase “Mongolian intelligence”. For some time now, this is a very aggressive special service, combining the traditional methods that the Russian people taught them with something very similar to banditry.

For example, from 2014 to 2017, the Mongolian intelligence service was headed by Batyn Khurts, for whom international kidnapping warrants were issued in Europe. In 2003, Khurtsa’s group kidnapped the Mongolian emigrant Damiran Enkhbat in France. In the classic style of the Mossad and the OGPU of the 1920s and 1930s, it was stuffed into the trunk and transported through Belgium and Germany to Mongolia. There he was tortured for a long time, and in the end he died in prison.

Actually, this Enkhbat was accused of a criminal offense – the murder in 1998 of Sanzhaasurengiin Zorig, the so-called swallow of Mongolian democracy. At the time of the assassination, Zorig was the Minister of Infrastructure and could well claim the highest posts in the country. He was considered to be something like the Mongolian “foreman of perestroika”, who participated in all the revolutions of the pro-Western persuasion from 1990 onwards.

Exalted minds in Mongolia compare the assassination of Zorig to that of John F. Kennedy, although outside of the Mongolian steppes this is not a widely known event.

Batyn Khurts flew to London in 2010 to improve relations with MI6 and MI5, but was arrested at Heathrow Airport and then extradited to Germany. But already in 2011, on the eve of Chancellor Angela Merkel’s visit to Mongolia, he was freed by the Germans and headed the GRU of Mongolia. So don’t joke about Mongolian intelligence. This is not Petrov and Boshirov, the man was really caught by the hand.

There is evidence that it is the GRU of Mongolia that regularly participates as an intermediary in the communication of the Japanese and South Koreans with representatives of North Korea. According to unconfirmed reports, Shigeru Kitamura, head of the intelligence and research department of the Japanese government during Shinzo Abe’s time, flew to Ulaanbaatar on several occasions. Kitamura discussed with representatives of the North Korean intelligence in Ulaanbaatar the issues of a possible meeting between Shinzo Abe and Kin Jong-un and the search for Japanese citizens abducted by the North Korean special services. There was such a practice even under Kim Il Sung: Koreans simply stole ordinary Japanese, for example fishermen, in order for them to teach the Japanese language to North Korean intelligence officers and military as natural speakers of the language. Some escaped, but many disappeared in the DPRK, and for Japan this is a sensitive humanitarian problem.

Moreover, Mongolia itself is still a walk-through yard. In 2018, Turkish special services tried to repeat the Khurts operation in Ulan Bator. A group of Turks kidnapped the director of the Turkish-Mongolian school Veksel Akchay in Ulan Bator and tried to take him out on a specially flown plane from Ankara. Akchay’s fault was that he was in the organization of Fethullah Gulen, and this school itself belonged to the extensive network of educational institutions of the “Gulen sect”. Thanks to the vigilance of citizens, who were surprised that some people with Caucasian appearance on Ulan Bator street grab a similar Caucasian, put a bag on his head and put him in a car, Akchay was able to be repelled from the Turkish special forces already at the airport. The scandal was huge. But he describes well the situation with the activities of foreign intelligence services in Mongolia.

But our case is still a little different. There is information that Mongolia has recently become the subject of keen interest from the US intelligence services. The American strategy in the region is aimed at undermining China from within by any means. Particular attention is paid to the national factor. The United States has consistently supported the Uighurs, Tibetans and, for some time now, the Mongols, up to the provision of assistance with weapons and methods of special services.

Mongols are primarily nationalists, like most of the peoples of the region. In Soviet times (and this is practically the entire 20th century for Mongolia), the claim to Chinese territory, including the so-called Inner Mongolia, inhabited by ethnic Mongols, Buryats and Nanai, was nipped in the bud. Even as a result of World War II, Mongolia did not receive a single meter of steppe and desert, although this was possible, since these territories were then part of Manchukuo, and not China. Even in 1939, following the events near Khalkhin-Gol, Zhukov stopped any attempts of the Mongolian army to cross the border.

Now the Americans tell the Mongols something like this: the Russians have kept you in check for so many years, and we are ready to help.

In the sacred for Tibetans Indian city of Dharmsala last year, a conference of “support groups for Tibet and Inner Mongolia” was held, organized by the CIA and specialized American NGOs. A certain “Congress of Southern Mongolia”, which was originally created in Japan with the active participation of the same Shigeru Kitamura, also took part there. It is patronized by the CIA, and directed primarily at subversive activities in China.

But in order to manage this process, it is necessary to “correctly” orient Ulaanbaatar too, depriving it of the possibility of close contact with Moscow as an ally of China. In general, Russia is not interested in the emergence of subversive American NPOs in Mongolia, which may well switch to Buryatia. And there is also the problem of the Nanai, who live in China no less than in the Russian Federation.

Complicating the situation is that in Mongolia, the position of the chief of intelligence is highly politicized.

Mongolia has a confusing internal political situation, and each new prime minister immediately changes the leaders of the police and intelligence for himself. Indirectly, this led to the strengthening of the role of the siloviki in general in Mongolian politics, especially since the Mongolian military has long been under Chinese pressure and has been excluded from political processes. In the past few decades, the Chinese have succeeded in discrediting Mongolian officers who studied in Moscow, including criminal cases and incarceration. And the intelligence positions are now an object of constant pressure from both the United States and China.

In this context, unfortunately, it can be stated that the arrest and long-term conviction of those accused of spying for Russia is a sign of the success of the American side. Much more serious penetration of China into Mongolia remains outside the scope of public policy. This is a regrettable fact that should be noted. And Mongolia is not as far away as it seems from Moscow. There, a cruise missile flies to Krasnoyarsk for six minutes. Although this is, of course, a fantasy perspective.