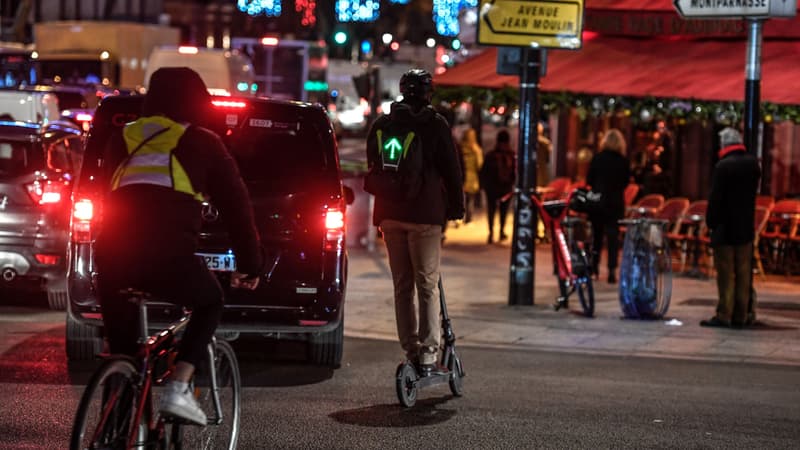 VTC, bicycles, scooters, carpooling… Will prices soar with the strike?

If the prices of VTC should increase sharply this Thursday, this is not the case for alternative means of transport which do not have dynamic pricing.

Will the “Black Thursday” in transport expected on January 19 lead to an explosion in demand for alternative means? On the eve of a major social movement, the various platforms are in limbo.

“It is difficult to assess, we recognize on the side of Uber. There may be strikes where no one leaves their homes and where there is not a strong increase in demand. there is a change in working methods since the Covid with teleworking.”

The leader of VTC in France – which is present in 26 metropolises in France – expects an increase in demand but not a tidal wave. This is what the French subsidiary of the American had noted in 2019 during the first days of mobilization for the strike on the pension reform.

Regarding the prices of the races, on the other hand, the prices should logically increase this Thursday. If the platforms contacted by BFM Business refuse to confirm it, prices can be up to 50% higher on days of high mobilization even if demand for VTC does not explode.

It may seem paradoxical, but the principle of dynamic pricing is intended to encourage VTC drivers and taxis to hit the road that day.

“On a day of strike, drivers are much less numerous to go out because of the degraded traffic conditions, explains a VTC platform. They must be encouraged to take the road to meet demand, this is what explains the increases They are around 10 to 20% during a big event like a football match, but it can go up to 50% on days of big strikes.

If workers should not first fall back massively on VTC, alternative means of transport should be strongly solicited.

Starting with carpooling. As for BlaBlaCar Daily, the French application dedicated to daily transport, we expect a 50% increase in trips offered by drivers on the platform, which has 3 million users.

“With the risks of large-scale disruptions weighing on public transport, we expect a strong mobilization on the part of our community to help each other, both on the side of drivers and passengers”, assures Adrien Tahon, the France director of BlaBlaCar.

Especially since on strike days, these services can be free for regular transport users. Île-de-France Mobilités (IDFM), which manages public transport in the Paris region has entered into a partnership with the three major platforms of home/work journeys such as Blablacar Daily, Karos and Klaxit. By using these platforms, the user only has to enter his navigo pass and he will not pay a penny for his trip. The driver will be paid by the platform, itself subsidized by IDFM.

Finally, there remains the solution of soft mobility such as the bicycle or the scooter. The platforms expect a very strong increase in demand this Thursday.

“During the transport strike in October, we recorded our strongest day in history with + 127% of journeys, we are assured on the side of the Lime platform. Two thirds concerned home / work journeys.

Lime – which is present in Ile-de-France as well as in Marseille and Le Havre with its 8,000 bicycles and 7,500 scooters – recalls that unlike hybrid bikes, rental pricing is not dynamic. In other words, your bike will not cost you more on strike days.

If you can find one though. Because these days are a challenge for the teams of these platforms.

“Internally, we are adapting the organization of the teams to make the fleet available, we say at Lime. We have to charge the batteries, reposition the vehicles in a homogeneous way. A hundred people are mobilized today. there who are going to roam the city.”

Despite the disruptions announced, the prices of car rentals in Paris do not seem to soar according to the specialist Carigami.fr.

A vehicle recovered in one of the Parisian stations, costs 64 euros on average for the day, can we read in a press release. There are, however, some disparities between districts.