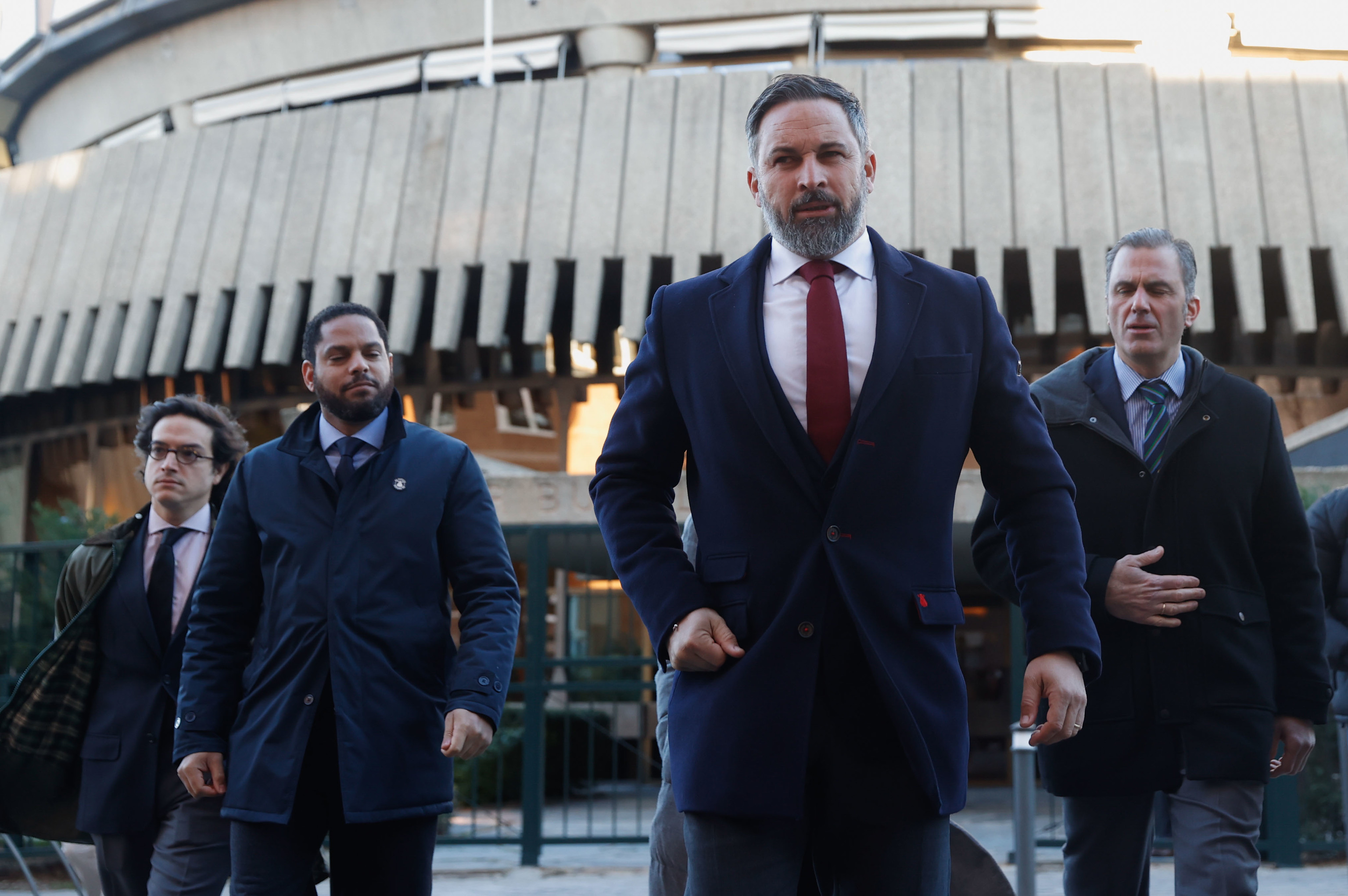 Vox has presented this Thursday before the Constitutional Court (TC) an appeal against the reform of the Penal Code that included the suppression of the crime of sedition and the lowering of the price of embezzlement. In addition, this party has challenged the president of the body, Candido Conde-Pumpidoand the magistrates Juan Carlos Field, Laura Dez y Maria Luisa Segoviano “because of his ties to the government.”

The party led by Santiago Abascal has presented a recusal letter that focuses on Conde-Pumpido’s stage as State Attorney General “during the PSOE mandate.” Specifically, they point to him for “having held a public position with which he has been able to form criteria to the detriment of due impartiality.”

But, in addition, the formation considers that the now president of the TC would have been “defender or representative of one of the parties or intervene in a lawsuit as a prosecutor.” They also consider that Conde-Pumpido “participated directly or indirectly in the matter that is the subject of the lawsuit.”

Regarding Campo, former Minister of Justice, Vox points out that he has “been denounced by one of the parties due to the complaint” filed by the party itself “against Pedro Sánchez and the rest of the Government for the preparatory acts to commit a crime of rebellion “. They maintain that, in addition, Campo could “have a direct or indirect interest in the lawsuit or cause.” “Because we are appealing the law that his former colleagues in the parliamentary group have approved,” details the formation in a press release.

Vox, which considers that Campo “has been able to form a criterion to the detriment of due impartiality”, also points to the “marriage bond or assimilable factual situation and the relationship by consanguinity or affinity” due to the “relationship that unites him with Meritxell Batet, president of the Congress of Deputies”.

In relation to Laura Dez, the party indicates her for “having held a public position, job or profession having participated directly or indirectly in the matter that is the subject of the lawsuit, due to her status as a high position in the Ministry of the Presidency and being a trusted staff of the minister Flix Ballos”.

Finally, Vox challenges María Luisa Segoviano for her statements “while she was an emeritus magistrate of the Supreme Court.” Specifically, when she referred to self-determination in the following terms: “This is a very complex, extremely complex issue. It is a subject with many edges that must be studied.”

In addition to the aforementioned recusal letter, the party has gone to the guarantee court this Thursday to appeal the legal reform that repealed sedition and modified embezzlement. In the opinion of the leader of Vox, Santiago Abascal, these changes imply “a covert pardon of a massive and general nature”, two things that are “expressly prohibited”.

“Today the government’s fraud against the Spaniards is culminated in the sedition reform, a fraud that is the culmination of the government’s process of lies through which it came to power and that it also does to stay in it by agreeing with corrupt and coup leaders. “Abascal has assured in statements to the media.

The party leader has criticized in front of the doors of the TC that the Executive has “trampled on the Constitution for the umpteenth time”, making ugly the fact that the Government has granted “covert pardons” for people who have committed “crimes against the administration of the State”.

“We went to the TC fulfilling our obligation but with skepticism. We are not naive nor do we want to deceive the Spaniards because this is Vox’s number 46 resource, but it is Vox’s number 2 in the era in which Sánchez has already assaulted the TC “, has held.