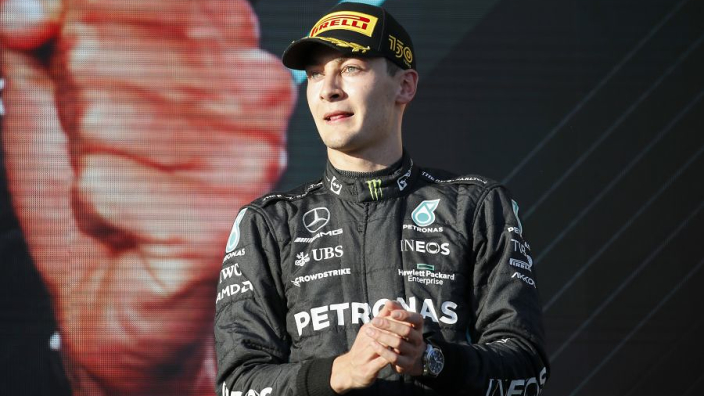 George Russell ostensibly had to give up his position to the advancing Sergio Perez during the Australian Grand Prix, as we could hear on the Mercedes team radio. The Briton was told ‘not to race against Perez’, but by that the team did not mean that he should just let the Red Bull pass, says head of strategy James Vowles.

During the Melbourne race, Russell was on a collision course, but the Briton also had to take his tires into account, the pit wall reminded him. Russell was ahead of Perez but got the message over the board radio that the life of his tires was more important than the battle for position. This was picked up by fans and media as a way of telling Russell to let his competitor pass, but Mercedes says that is not true.

Vowles takes us through the process and explains why it was difficult for Russell to fight Perez. “It’s an important one. It’s not like we asked George to let Perez go. We don’t want to give up position just like that. But with these tires, both the medium and the hard, you need a good amount of management. good amount of looking at the tires to make sure they make it to the end of the race, without weakening too much, we saw that with Perez on his first stint,” said the head of strategies.

See also  Coup for Messi and Neymar: the data that moves them away from the Golden Boot

Thus, according to Vowles, it was an easy calculation to determine which message to take to Russell. “The message to George was quite simple: look closely at your tyres. If it costs us a position against Perez on track, we don’t want to defend it tooth and nail. It’s the right thing to do. The most important thing is to just make it to the race on your tires and cover yourself for Safety Cars or other disturbances, especially after what happened during stint one on the mediums.”

Stay informed throughout the F1 season