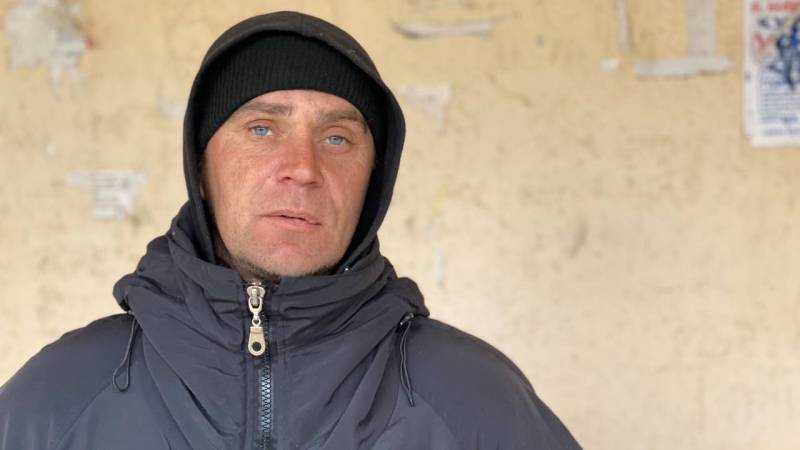 Volodymyr was detained by the Russians: ‘cuffed for 15 days and hardly eat’

If the Russians take the village, all residents must hand in their phones. The Russians fear that their positions will be passed on to the Ukrainian army. “We didn’t even have an internet connection,” Volodymyr says. “They then broke into all over the village and took things.”

Sleeping on a concrete floor

He himself is also arrested. Together with eleven others, he is blindfolded and taken away. They drive around for over an hour. When his blindfold goes off, he sees that he is in a cellar.

He is kept in that cellar for fifteen days, says Volodymyr. He sleeps on a cold, concrete floor and going to the toilet is only allowed under supervision. There is hardly any food and drink and he is beaten. According to Volodymyr, the Russians also use their weapons to scare them. “They shot a pistol through the head of another inmate.”

The group holding them captive consists of six Russians. According to Volodymyr, in the first days of the war, it was mainly young men. Later they are relieved by older soldiers aged 40 to 50. The group is led by a 35-year-old major. “They called him ‘The German’.”

The Russians regularly come to fetch someone for questioning. Four men have not returned from such an interrogation, Volodymyr says.

One day he has to come himself. “They started asking stupid questions. ‘Where do you live? What’s your name? Did you fight?’ I told them they could shoot me. I didn’t have any information for them.”

Despite a ban on asking questions, he asks the Russians what they are doing in Ukraine. “The Russians told me they were here to save us. I asked how they were going to do that if they kill women and children and hold me at gunpoint.”

Volodymyr’s imprisonment ends as unexpectedly as it began. “After 15 days of captivity, we were thrown like animals into a car. When the Russians took off our blindfolds, we were standing in the middle of a forest. They said: quick, run before we change our minds.”

The village of Myrtsya has been under control of Ukraine since this week, after the Russians have withdrawn from the north of the country. In the neighboring village of Borodjanka, the situation is very serious, according to Ukrainian President Zelensky. Volodymyr doesn’t know how his own village is doing: he couldn’t return yet.