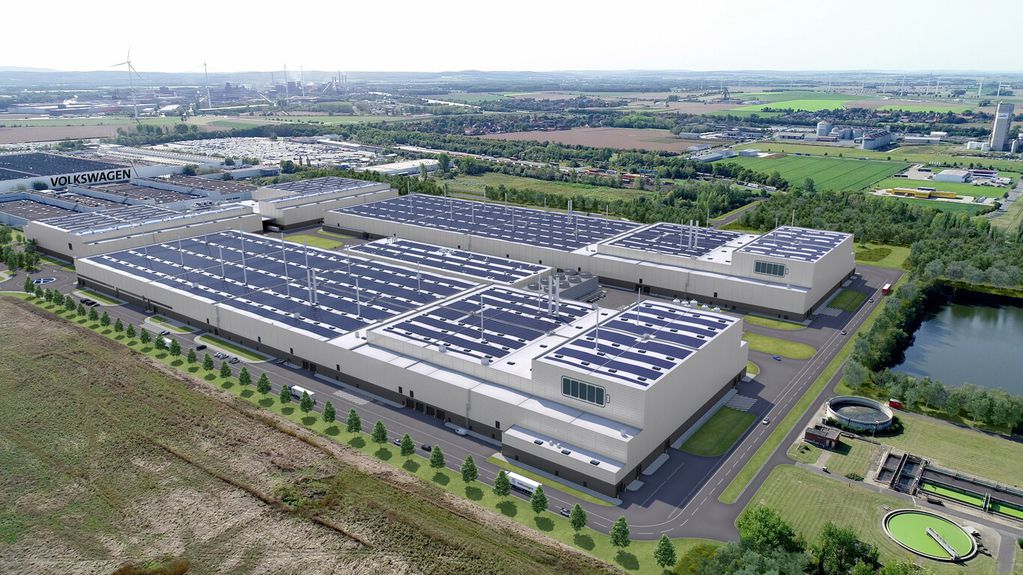 To counter Tesla’s advance in Europe, Volkswagen is launching an offensive that has already begun with the construction of its first battery manufacturing plant. It is located in the German town of Salzgitter (Lower Saxony), from where it plans to supply half a million cars per year.

The production would start in 2025 with an annual production capacity of 40 GWh, which would allow it to supply that number of vehicles. The production center would employ some 5,000 people.

But the plan does not contemplate only this average factory, but six. In all cases, they will be managed by the subsidiary PowerCo.

The battery plant is a milestone in the history of VW and a declaration of intent especially against Teslawhich a month ago opened a car and battery production plant on the outskirts of Berlin.

The challenge of self-sufficiency

The ultimate goal of the 6 factories is achieve self-sufficiency of this fundamental part of electric vehicles, with the goal of reducing manufacturing costs by up to 50%.

In addition, the brand announced the development of new batteries with “unified cell” technologyan improvement that they estimate will be substantial to improve the performance of these devices.

Volkswagen presented the new generation of the Amarokthe medium pick up that competes in the Toyota Hilux, Ford Ranger, Chevrolet S10, Nissan Frontier, Renault Alaskan and Mitsubishi L200 segment, among other models.

See also  which car the brand chose to replace it

The Amarok 2023 shows novelties in terms of design, platform, motorization and equipment. As expected, it is not a “twin” version of the Ranger, a pickup on which it is based as a result of a historic agreement between Volkswagen and Ford.

To the global market it will be launched in five versions: Amarok, Life, Style, PanAmericana and Adventure. These last two have a good off-road style. The first three can be obtained with a single or double cabin.

At 5.35 meters long, the new Amarok it is almost 10 centimeters longer than its predecessor. A wheelbase of 3.27 meters represents an increase of 17.3 cm. That provides more space, especially in the second row of seats in the double cab. And it also shortens the body overhangs. The result: sharper proportions and better off-road capability thanks to better approach angles, Volkswagen says.

The off-road capabilities of the Amarok, which will have four wheel drive As standard equipment in many markets, they are also enhanced by superior wading depth for driving through water. Before it was 50 centimeters, now it is 800 cm.