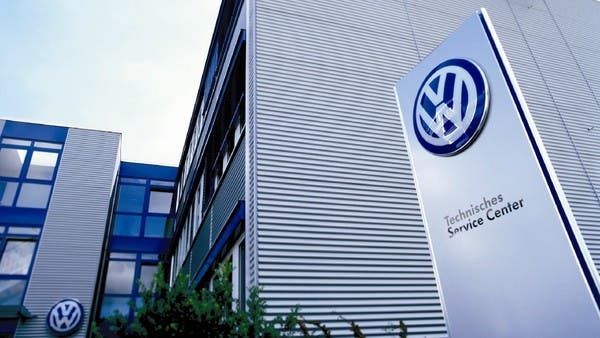 The former CEO of Volkswagen, Martin Winterkorn, will pay the giant car maker a record amount of several million dollars to settle a negligence lawsuit related to the “dieseljet” emissions scandal, sources familiar with the matter told AFP.

A company spokesman said, without elaborating, that “the supervisory board approved in its meeting on Saturday the main points of the friendly agreements” to settle the lawsuit.

Winterkorn, who resigned in 2015, a week after the diesel emissions scandal erupted, will pay about 11 million euros ($13.4 million) in compensation and shareholders will have to ratify the settlement at the annual general meeting in July, according to the sources.

The spokesman said that the deal, which concerns several senior Volkswagen figures caught up in the fallout from the scandal, will be settled and announced “in the coming days,” according to AFP and seen by Al Arabiya.net.

According to German media, Volkswagen is seeking compensation of more than one billion euros from its former executives, with insurance covering between 200 and 500 million euros against the consequences.

This comes as the automaker admitted in 2015 to using illegal software “cheat devices” to tamper with diesel engine test results in about 11 million vehicles.

Volkswagen indicated in late March that it planned to seek damages without giving a figure after a legal investigation found that its chief executive had breached a duty of care by using a device to circumvent software designed to measure the level of polluting emissions in lab tests.

The company incurred fines, legal fees and the cost of vehicle recalls, which cost the company about 32 billion euros, equivalent to 39 billion dollars.

The case, which was revealed by the US authorities, dealt a severe blow to the reputation of Volkswagen and the reputation of the German auto industry, which is still recovering from it. Looking to turn the page, Volkswagen is now investing heavily in the switch to electric vehicles.

Volkswagen has always insisted that the diesel hoax was the work of a handful of lower-level employees who act without their superiors knowing. Prosecutors dispute this, saying the VIPs knew of the scam.

Assuming shareholders sign the proposed fines, they would exceed those paid by former Siemens executives Heinrich von Beerer and Klaus Kleinfeld in 2010 after a bribery scandal cost them, respectively, five million and two million euros.