Volition brand new Saints Row next February 25. This is a full reboot inspired by the first game in the series and the publication Game Informer offers us a new glimpse of Santo Ileso, the city in which to spend this adventure of action. Throughout the video we can see this interpretation of the American Southwest and its landscapes, a drastic change from Steelport.

The video presents views of the city and its exteriors, on foot or by vehicle, but the developer warns that it is a pre-alpha version in development and that therefore nothing is definitive. It is part of the coverage you are making Game Informer of the game, so we can expect more information, videos and captures of Saints Row in the next few weeks.

Those responsible for this reboot explain in detail some of the design decisions that have most affected the fans of the saga, such as the new appearance of the main characters: in this regard they ensure that the previous style was creatively limiting them, so they decided to completely reboot it, staying true to that hooliganism that characterizes the original installments. You can learn more with our impressions where we tell you that it is an original approach to the genre that has been fallow for several years: a vision of the shooting and crime typical of the B cinema where humor and the despising of explosions prevail. “If audiences who brought the series to success two generations ago of consoles are still there, they are sure to be glad that Volition has decided to look and review the past.”

In addition to this video about the development process of Saints Row and its playable keys, today the game reserve has also been opened on practically all the platforms on which it will be available. It will have three digital and three physical editions. The price of the standard edition digital on consoles be from 69,99 As we can see in the PS Store, including both the PS4 and PS5 editions, while on PC it will cost 59.99, as it is reflected on its Epic Games Store page, a store of which it will be exclusive. 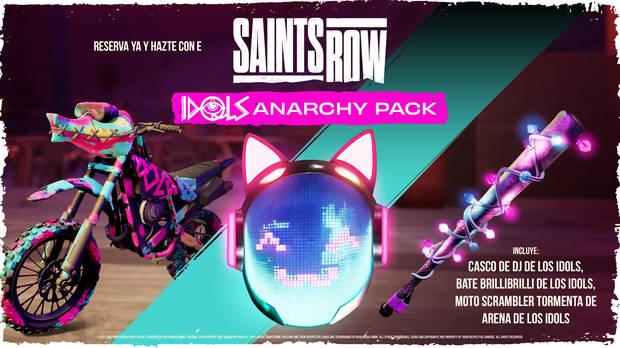 In digital format it will have two more editions, the Gold Edition (99.99) and the Platinum Edition (109.99). Its physical editions are also already available to reserve: the standard physical edition will be priced at 69.95 and in its version Day One include The Idols Anarchy Pack with different cosmetic accessories as a gift. The most expensive will be Notorious Edition, which for 99.95 includes the following additional material: