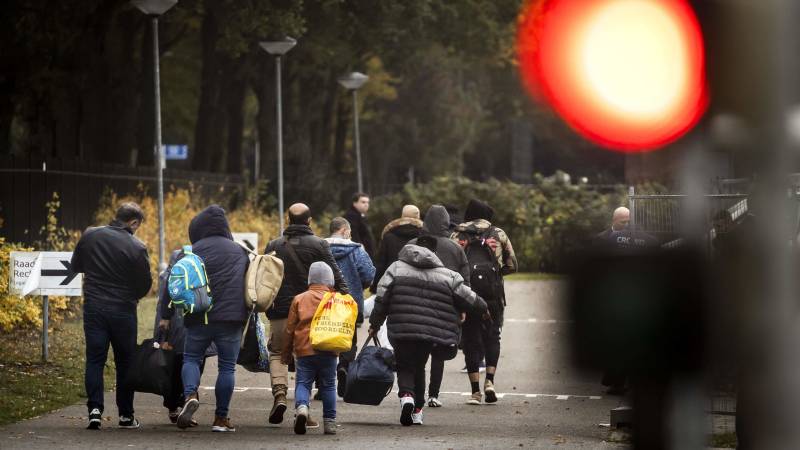 VNG about designating asylum reception places: ‘It is a mockery’

The ‘instruction’ that outgoing State Secretary Ankie Broekers-Knol of Justice has given to a number of municipalities to facilitate compulsory emergency reception for asylum seekers is a ‘horse remedy’. It is not the way the central government should deal with municipalities. That is what Mayor Theo Weterings of Tilburg says on behalf of the Association of Dutch Municipalities (VNG) in news hour.

The use of this means can put pressure on the relations between the central government and the municipalities, experts believe. They also wonder whether the legal substantiation of this instruction is sufficient and whether municipalities should comply with the instruction.

The first asylum seekers arrived in Gorinchem today at the temporary emergency reception location. They are there because the State Secretary Gorinchem, like Venray, Enschede and the Rotterdam region, has sent a letter in which she instructs those municipalities to accommodate asylum seekers.

Geerten Boogaard, professor of local government at Leiden University, says that an administrative instruction is an exceptional tool that is not often used. Now that is the case, but the question is whether it was used correctly. “There is an indication, but nobody knows whether the State Secretary is authorized to issue it. Because there is insufficient substantiation. So the question is whether this is not a suggested authority.”

According to Boogaard, if there is a suggested authority, this is harmful to inter-administrative relations. That the letter has sharpened relations is also apparent from the response of Rotterdam mayor Aboutaleb. He called the clue a “blunt and coarse means”. He also called the State Secretary’s arguments ‘unsound’.

See also  Walking next to the wall.. We publish dollar prices today, Wednesday, September 22, 2021 against the pound, buying and selling

Professor of constitutional law Wim Voermans also does not think that this is a good way to convince local authorities. “I don’t think the government should treat municipalities like this. Don’t impose an obligation, but talk to them.”

Theo Weterings, chairman of the Board of Directors and Security of the VNG, expresses the hope that the cabinet will not do this more often. He therefore hopes that the intention to do so will be removed from the coalition agreement. “It really is a mockery. This is not the way the central government should deal with municipalities. An indication is really a horse remedy.”

Weterings was not surprised by the letter, but says it would not have been necessary if the cabinet had carried out what had been agreed. According to him, the agreement was that the government would report in good time in which regions reception facilities should be provided. That hasn’t happened now, he says.

Moreover, he would like to see a more structural solution. “What the government always does: tear down locations when the flow decreases and then want to build it up again faster with a new influx. That yo-yo policy must stop.”

Theo Weterings would rather see the vacant locations used for other purposes. For example, for housing emergency seekers, students or labor migrants. “That would be the solution. We already agreed that with the cabinet in 2019. But it is not possible to arrive at a good planning.”

Weterings emphasizes that the willingness to help does exist among municipalities. Geerten Boogaard sees this too, municipalities are responding to Broekers-Knol’s appeal. “You can say: this works. The municipalities that received this letter have taken action. But on the other hand: you go in with a straight leg and take a mortgage on inter-administrative relationships.”

See also  This technology in the car has no future

Weterings cannot yet say whether municipalities will go to court. “I also believe that there is little legal basis.” However, he emphasizes above all that municipalities need to know more quickly how many places are needed, so that they do not have to enter into a legal battle. “But I understand that it is being looked at and it will certainly happen.”