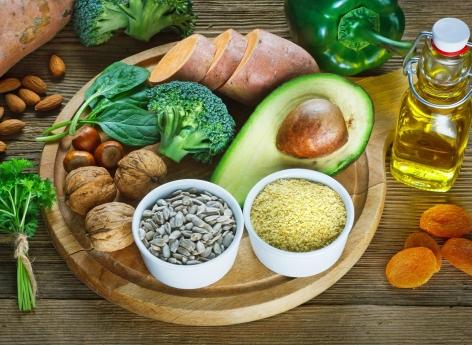 vitamin E would promote the response to immunotherapies

Sunflower oil, spinach, avocado, cabbage, nuts… And many more foods that contain vitamin E! The latter known for its antioxidant properties, that is to say that it contributes to the protection of our cells. But according to a recent study published in the journal Cancer Discovery, it would have another benefit: improving the effectiveness of immunotherapy treatments in patients suffering from cancer. As a reminder, immunotherapy is a treatment that strengthens and stimulates the patient’s immune system to fight against its pathology.

During their work, the researchers therefore discovered that vitamin E stimulated the activity of dendritic cells, ie immune cells that are involved in triggering the body’s immune responses. It is this phenomenon that would improve the effectiveness of immunotherapy.

To arrive at their results, the scientists analyzed the health data of patients who were on immunotherapy to treat melanoma, a tumor in the skin. They found that people who took vitamin E had a better survival rate than those who didn’t. They then conducted other experiments and observed the same results with breast, colon and kidney cancers… But only for immunotherapy, never for chemotherapy.

But some cancer cells can send signals that confuse the T cells and prevent them from working. Ultimately, this allows cancer to proliferate more easily in the body. Thus, to treat certain cancers, immune checkpoint inhibitors are used. These are antibodies that block specific checkpoint proteins and thus allow immune cells to attack and destroy cancer cells.

See also  What happens if you drink tea with milk on an empty stomach?

The role of SHP1

“This study improves our understanding of the factors that can increase the efficacy of immunotherapy. We have demonstrated that vitamin E can enhance the action of dendritic cells by inhibiting the checkpoint protein SHP1”,explained Dihua Yu, one of the study’s authors. Indeed, scientists have just discovered that vitamin E precisely blocks the activity of a checkpoint protein called “SHP1” in dendritic cells, which improves the effectiveness of patients’ immune T cells.

“SHP1 could thus be an interesting therapeutic target to enhance the action of dendritic cells and improve the efficacy of immunotherapy. Our work provides important information on the interaction between vitamin E and SHP1 that will help us develop specific SHP1 inhibitors,” said Xiangliang Yuan, one of the authors. An interesting therapeutic strategy on which scientists intend to work in future research.