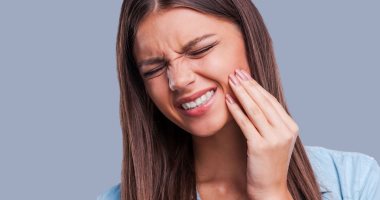 Vitamin B12 deficiency..Beware of these symptoms that may appear on your tongue

Vitamin B12 is an essential nutrient that is not produced naturally in the body, but must be obtained from different food groups and sometimes through supplementation. The primary role of vitamin B12 is in the formation of red blood cells and DNA, in addition it plays an important role in the development of cells Brain and nerves, however, since nutrients are essential for various body functions, a deficiency of this essential vitamin can lead to various health problems, including poor oral health. In this report we learn about the symptoms of vitamin B12 deficiency in the mouth and tongue, according to the website “Times of India”.

The link between oral health and vitamin B12


Low levels of vitamin B12 cause problems in the mouth and tongue, and people with low levels of this nutrient have been reported to exhibit various oral manifestations. This happens because of a vitamin deficiency B-12 This leads to a decrease in the production of red blood cells, which leads to a decrease in the delivery of oxygen to the tongue.

Inflammation and redness of the tongue


Glossitis refers to inflammation of the tongue that causes the tongue to swell, become red and inflamed, according to WebMDThis can lead to small bumps on your tongue (the papillae) that can start to erode.

It is characterized by a smooth or sore tongue, which makes it appear shiny. Acute glossitis can cause swelling and redness and can cause pain that can change the way you eat or speak.


Mouth or tongue ulcers can also be a sign of vitamin B12 deficiency, as people who are deficient in vitamin B12 can produce abnormally large red blood cells that do not function properly, this can lead to anemia and so that deficiency can be a causing a whole host of symptoms, including mouth ulcers.

You can get these sores on your gums or on your tongue.

Sores usually go away on their own, but it helps to avoid ingredients that can be irritating or painful, such as vinegar, citrus, and hot spices like chili powder.

Some over-the-counter medications can ease your pain.

Discoloration and burning in the tongue


Oral symptoms of vitamin B12 deficiency may also include swelling of the tongue, as well as a burning sensation, discoloration and lesions throughout the mouth.

In addition, people with autoimmune diseases can also develop secondary diseases such as oral candidiasis or oral thrush, symptoms of which can be very troublesome.

Other signs of vitamin B12 deficiency to look out for


According to the British National Health Service (NHSHere are some other symptoms of a vitamin deficiency B12 Things to consider:

How to get enough vitamin B12


Vitamin B12 is not made naturally in food and can be obtained from foods rich in vitamin B12, which include beef, poultry, lamb, fish and seafood such as oysters and crabs, and dairy products such as milk, cheese, yogurt and eggs.

Fortified cereals are also a good source of vitamin B12.

Furthermore, those who cannot get sufficient levels of the vitamin from food can turn to supplementation as prescribed by a doctor or nutritionist.