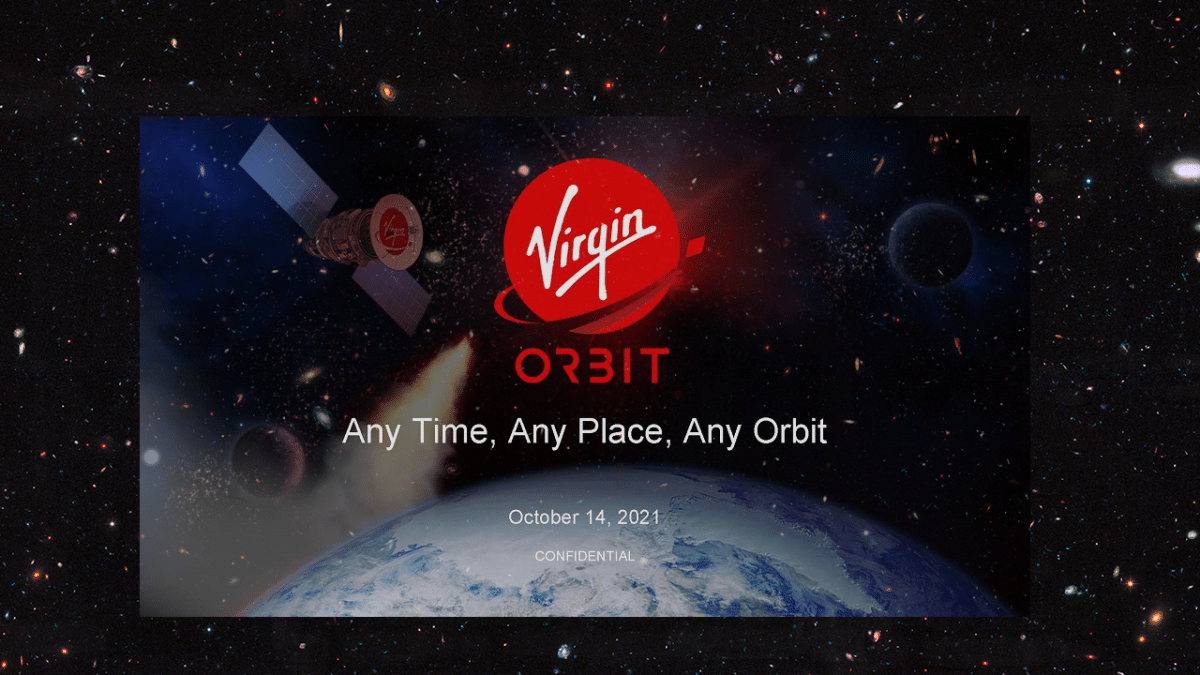 Virgin Orbit, sister company Virgin Galactics, has been listed on the US stock exchange NASDAQ since Thursday (symbol VORB). The IPO brings the company significantly less money than planned: Instead of 564 million US dollars, it is 228 million dollars. And that’s only because the Virgin Group poured in $ 100 million at the last minute.

Virgin Orbit is owned by the Virgin Group founded by Richard Branson. the emirate of Abu Dhabi participated as a minority partner. According to the company, they have jointly invested around one billion dollars so far. Virgin Orbit has twice succeeded in launching small satellites into space. Further launches are planned.

Virgin Orbit uses a Boeing 747 and attaches a two-stage rocket called the LauncherOne to its underside. This rocket can carry satellites with a total weight of up to 300 kilograms. When the aircraft has gained sufficient altitude, the rocket is released and detonated.

Abbreviation to the stock exchange

The sister company Virgin Galactic offers tourists short trips to the edge of space. In 2019, Virgin Galactic became the first public space tourism company. At that time, the company merged with the company of a venture capitalist. Although this company was already listed on the stock exchange, it had not yet developed any economic activity. Virgin Orbit has now followed the same path to the stock exchange.

Such IPOs without public offering of new shares (IPO, Initial Public Offering) are in vogue in the USA because it is faster and cheaper than an IPO. The listed shell companies are called SPAC (Special Purpose Acquisition Company). They are only set up to collect money from investors in order to then merge with a company that is not yet listed on the stock exchange. For this company this is a shortcut on the way to the stock exchange.

At the time of their deposit, investors usually do not even know in which company their money will be invested later. Therefore, they regularly have the opportunity to withdraw their money again before the merger. That is what apparently happened in the Virgin Orbits case.

Pot of money is shrinking

In the fall, Virgin Orbit announced that it would merge with the shell company NextGen Acquisition Corp. II to aspire to NASDAQ and advertised the deal. The shell company was founded by the investment bankers Gregory Sum and George Mattson. The two had raised $ 81 million themselves and convinced other investors to deposit another $ 383 million. In addition, Boeing and AE Industrial Partners have set up a fund that should invest another $ 100 million. Virgin Orbit shares were priced at $ 10 each.

A total of 546 million euros would have flowed to Virgin Orbit. The previous owners Virgin Group and Abu Dhabi would have jointly kept 84.6 percent of the company. The SPAC investors 10.4 percent, Boeing’s fund 2.7 percent and the investment bankers Sum and Mattson together 2.2 percent. The two gentlemen have, however, stipulated the right to sell back 15 percent of their stake in Virgin Orbit with an average profit of 37.5%.

However, most of those investors who bought the $ 383 million in NextGen Acquisition Corp. II paid in, were not convinced that Virgin Orbits would be successful and withdrew their funds. As of the reporting date, only 68 million of the 383 million dollars were still in the pot.

Richard Branson must save the IPO

The Boeing-run fund and investment bankers are also likely to have reduced their exposure significantly. Because the contractually agreed minimum amount of 200 million dollars was not reached, the IPO threatened to fail. Abu Dhabi showed no desire to deposit additional funds. The day before Christmas Eve, the Virgin Group had to step in.

On December 23, Virgin Orbit announced that the Virgin Group would buy shares valued at $ 100 million, possibly with the assistance of the two investment bankers. “I am committed and confident about the future of Virgin Orbits as a publicly traded company,” said Virgin Founder Richard Branson. “The investment will ensure Virgin Orbit has the capital to … continue its rapid transition into a successful space launch company. ”

Competition in the market for launching small satellites is intense, not least because SpaceX can carry more satellites at once. In addition to Virgin Orbit, numerous other companies are entering the market. It remains to be seen whether this will work out for the shareholders. On the first day of trading, Virgin Orbit shares closed at $ 9.14 – 8.6 percent below the $ 10 price paid by the IPO.