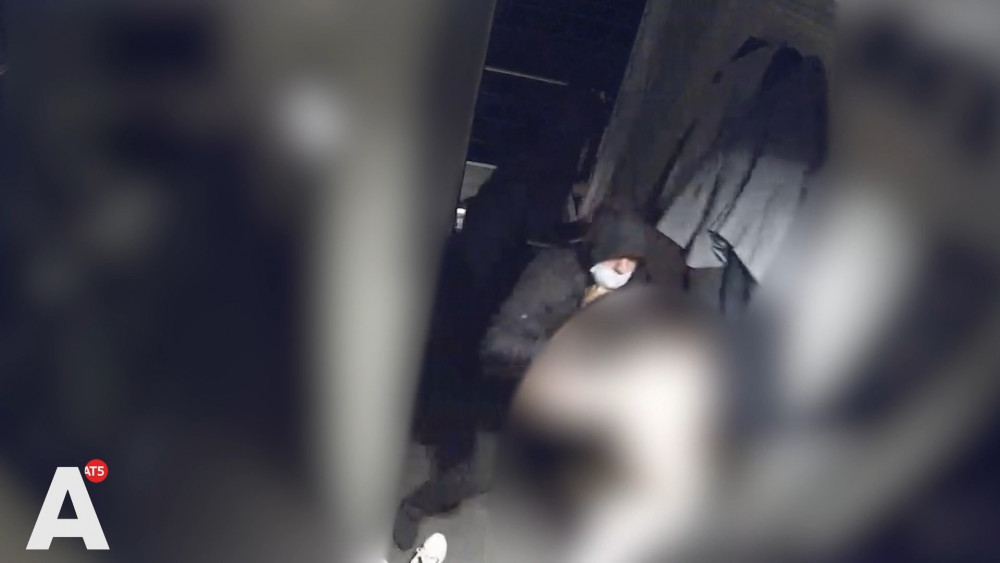 Violent home robbery in IJburg: “Resident has fought for his life”

Very intense images from a house on IJburg. In December of last year, a resident feared for his life when two men assaulted him with brute force. Not only is the victim injured, the robbers also take five exclusive watches with them.

The victim is alone at home in his home on IJburglaan, when there is a knock on the door on Tuesday evening, December 7 around 11:30 PM. He thinks it is a delivery person and opens the door. But then it immediately becomes clear that something is wrong, because he feels that someone is pushing hard against the door.

A second person also appears at the door. The victim tries to push the door shut with all his strength, but the two manage to prevent it. A struggle ensues that briefly moves outside, but soon the two robbers manage to get the victim back inside. And there the struggle continues.

“The injuries are recovering, but the feeling of safety in his own home has been seriously affected”

The victim is hit several times on the head with a firearm, causing him to bleed. After a while, the two men run off again. Among other things, they take five exclusive watches and leave the victim injured.
“What the victim went through is extremely intense and frightening,” said Margareth Bannor of the Amsterdam police. “He really fought for his life, sustaining multiple injuries. Those injuries are recovering, but the sense of safety in his own home has been seriously affected.”

There are also photos of two of the stolen watches, a Rolex and a Breitling. They may have been put up for sale somewhere after December 7. Another possible lead: after the robbery, the two drove away in a red car on IJburglaan to the intersection with Haringbuisdijk.

“We really want to know who is responsible for the violent robbery,” Bannor said. “Do you recognize the suspects or do you have more information about the watches or the car? Please contact us as soon as possible.”

Do you have information for the police?
Then call the investigation hotline: 0800 6070 or Report Crime Anonymously: 0800 7000. Click here to review other cases from Bureau 020.