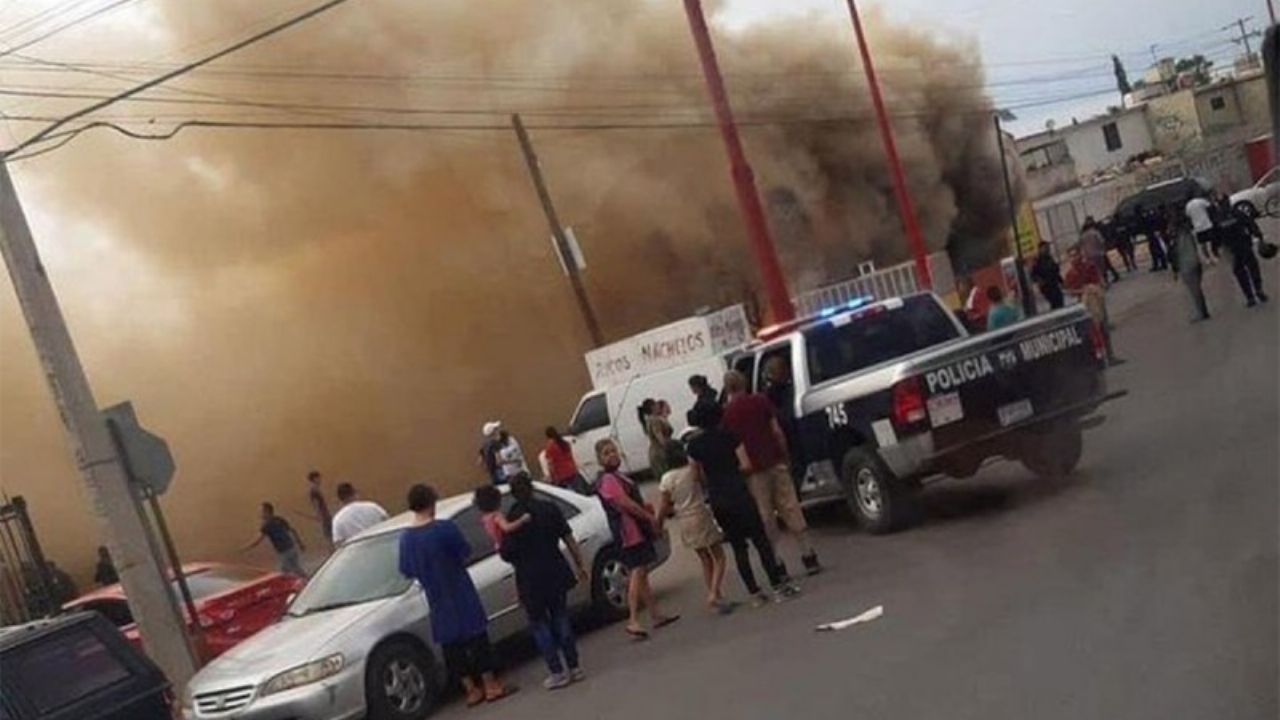 Violence in Chihuahua: There is panic Thursday in Cd. Juárez, businesses are burned down and 4 are killed in Radio Station

Chihuahua.– The violence in Chihuahua this afternoon claimed the lives of two women, one of them pregnant, likewise four men were killed in a radio station.

As in Guanajuato y Jalisco, Juarez City was targeted this Thursday by a criminal group that attacked various businesses setting them on fire, according to local media Juarez newspaper.

The violent act that took the life of women was recorded in a branch of Rapiditos Beep-Beep located in the streets Ivy and Safflower.

In said business, men entered and threw Molotov cocktails, although fire personnel arrived, nothing could be done for a saleswoman and a young pregnant woman who came asking for work.

In a video Shared by the same medium, a woman is observed crying in the direction of the business that was on fire, it is unknown if she was a family member of any of the deaths.

“Oh, God”, you hear the woman on the floor cry.

Violence in Chihuahua: Other attacks are recorded

Close to where the fatality was recorded, another convenience store was notified of the attack where four more people were injured, according to the media Excelsior.

Minutes later, in a store located in From the river of zaragoza boulevard, The men attacked with blows and shot at the employees, leaving one of them with a gunshot wound, which was treated by paramedics.

These attacks happened after a fight in the Cereso Number 3 van Juarez Citywhere two prisoners were killed.

To the radio station, located in the Golden Meadow Square, According to the local media Juarez Journalamong the dead is the announcer Alan Gonzalez.

Next to the radio station is a pizzeria where some customers were also injured.

“I can see three bodies, they would be in an advertising booth,” said a reporter from News broadcast.

THIS MAY INTEREST YOU:

After a night of terror in Jalisco and Guanajuato, the US Embassy is issuing a safety warning to travelers