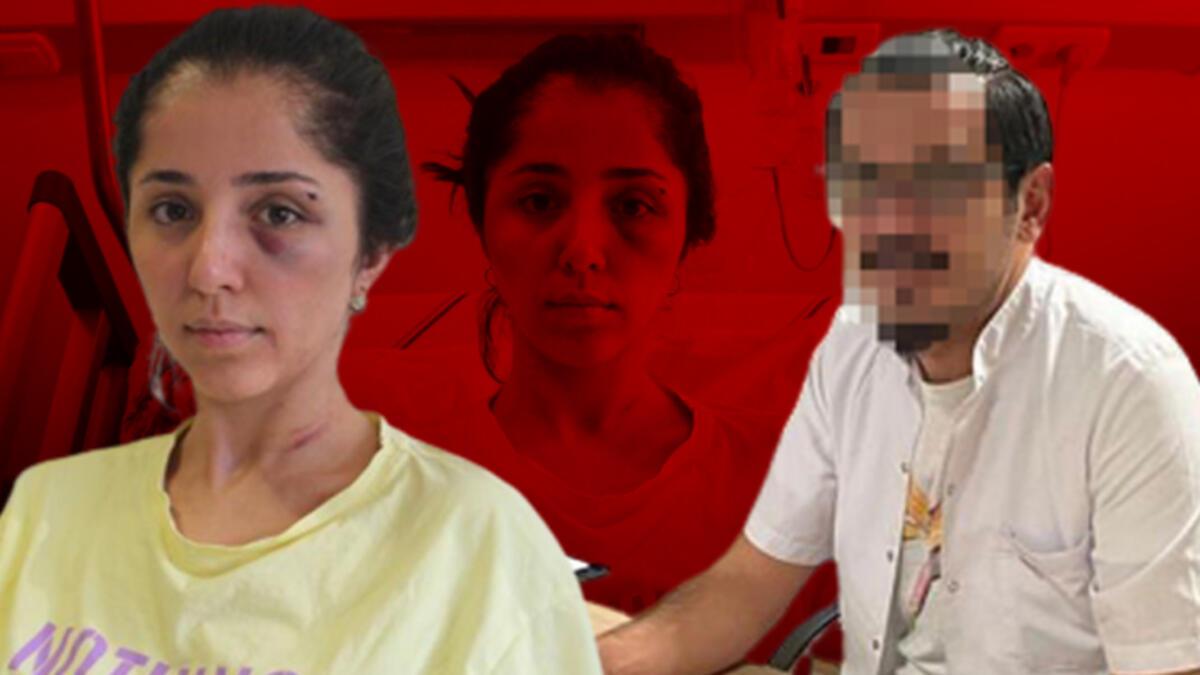 Violence against women in Elazig! He beat for 2 hours, stabbed in 5 places… He told about his horror moments

The incident occurred 2 days ago in Yeni Mahalle, connected to the center. According to the information obtained, SB and her lover Dilan Tali (25), a doctor in a hospital, came together for dinner. After lunch, Tali went to SB’s house to get his wallet and ID. Tali experienced the horror here. The jealousy debate that SB started at dinner turned into violence. SB, who started to question Tali’s previous relationship, then started to say that you will talk by sticking the knife in his hand into the chair. SB punched Tali and stabbed him in the back. Tali, who was subjected to violence for 2 hours and stabbed in 5 places, ran away from the house and took shelter in the neighbors. After the news, health and police teams were sent to the scene. The injured woman was taken to Fırat University Hospital by ambulance and was treated. SB, who was detained by the police and transferred to the courthouse after the proceedings, was arrested by the court on duty and sent to prison.

“TAKES A KNIFE TO MY SKIN”

Dilan Tali, who explained that they went out to dinner with her boyfriend, said, “Everything was fine. There was always a trust problem. He reflected this on me. During the meal, we started to talk and talk about insulting my dignity. He continued to talk sweetly again. Then we left the meal. My wallet and my identity. He was at his house. I was going to take them and go home. There he started to get angry again. He took the knife and started saying that you will stick to the couch and talk. He started asking questions about people in my old life. I said this is none of your business. He got angry and punched me. Then he started hitting me. I hurt me too. “I didn’t talk to him so he wouldn’t give up and I started to calm him down. I was very afraid of the knife in his hand. He took the knife and stabbed me in my back. The knife he stabbed tore my lung membrane and my liver deflated at that time. I started to have difficulty breathing. He continued to beat me and tried to strangle me.”

See also  The mayor battered the person who told the landslide to the press.

Tali, who said that she kicked him to drive him away, continued his speech as follows:

“After I kicked, he tried to strangle me with his foot. I kicked again and continued to defend myself. There he continued insulting and swearing at me. He threatened to throw me out of the window. He was actually going to make it look like suicide. I fell at his feet and held the honeycomb. While holding my head to the honeycomb. He kept hitting me. At that moment, he grabbed my hair again and threatened to cut my throat. I begged. I continued to use calming sentences saying that if I die, you will go to prison. I was bleeding all over, but I didn’t want to panic when I saw it. He held the knife to my throat. I begged at that time. He grabbed the knife and cut my hair. He was tired of beating me. I found a chance and went to the door. I was constantly shouting during the beating. So that they could hear me and help. They also heard me and went to the door, but they were afraid to think what to do. At that time, when I saw a woman’s door open, I went in. and I said call the police and ambulance, I’m injured, help me. At that time, the police were already called, the paramedics came. . First aid done. The situation is serious. I’m connected to the device because my lungs are deflated. I have very bad pain. If the extinction related to my lung continues again, I have a situation to undergo an operation.”

Stating that she has always been against violence against women, Tali said, “I never thought that I could experience this. It makes me very sad to be in this situation right now. I wanted to do this interview to encourage women. These are the people who do it. This will remain a trauma for me for life. But let this stain remain on him for the rest of his life. Especially at a time when violence against doctors is on the agenda so much, I condemn that a doctor should try to kill me when he should give life to a person, even if he does not, he should not harm me. ” he said.

“I HOPE HE GET THE PUNISHMENT HE DESERVE”

Emphasizing that he trusts justice, Tali said, “He was arrested right after he was taken into custody. This is a huge thing for me. In this case, I am very happy. I hope he gets the punishment he deserves. I will use my material and moral fully legal rights. I want him banned from the profession. I don’t think that a person who hurt me like this could definitely do his job. I want what needs to be done,” he said.

Tali stated that he had 5 stab wounds on his body and continued as follows:

“I have 2 stab wounds on my right leg, and I have stab wounds on my back, arm and left leg. At the same time, I have bruises all over my body. I also suffer from visual impairment. He said that if my eyes bleed during violence, I will gouge out your eyes. He said I will not let you survive in this house. The more I tried to calm him down, the more angry he became “He was totally focused on killing. He kept hitting really brutally. If I hadn’t been able to get out of there, my lung had deflated. If I had been subjected to a little more violence, I wouldn’t have been alive.”

See also  Walmart shares plunged after being hit by inflation