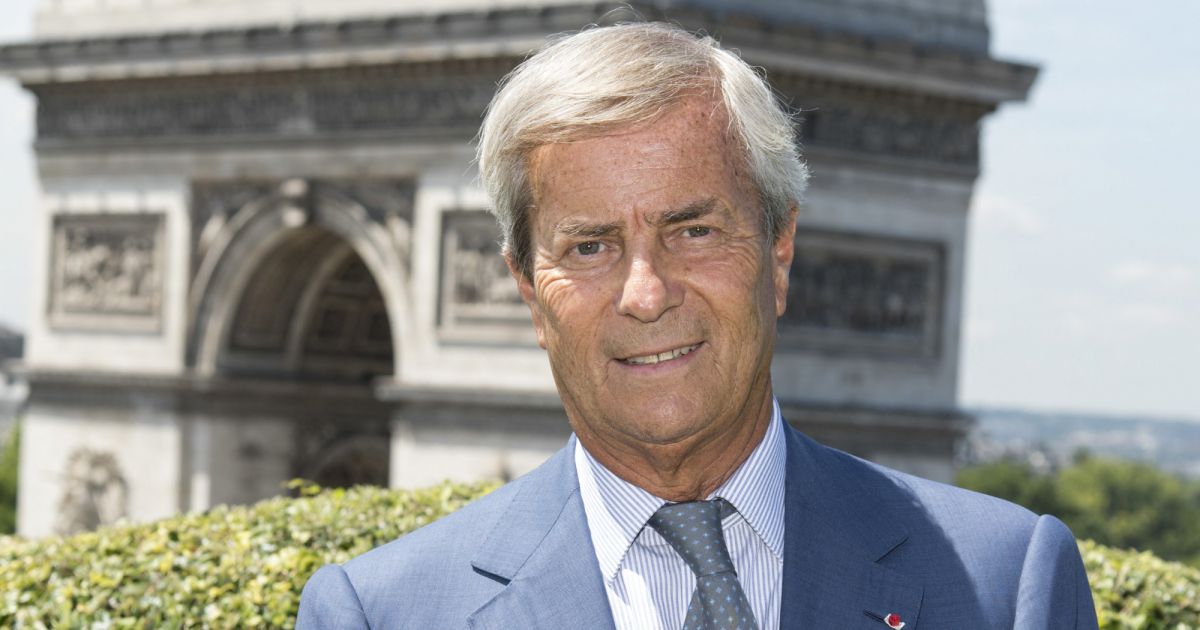 Vincent Bolloré: When the powerful boss left his wife for… his sister-in-law

Vincent Bolloré is preparing to pass the torch to his heirs as he celebrates the bicentenary of the family business. The world told the family history of this controversial boss in order to understand how the Bolloré empire worked. The article deals in particular with his divorce and his relationship with his children who are intimately linked to his empire.

Vincent Bollore (69) is the father of four children born of his marriage to Sophie Fossorier, whom he married on March 23, 1977. There is first Sébastien, born in 1978 and in charge of innovations and new technologies in the development department of the Bolloré Group. Then will come Yannick (1980), the most socialite and Chairman of the Vivendi Supervisory Board since 2018, Cyrille, 37 years old, Chairman and CEO of the Bolloré Group from March 2019 and finally the youngest, Marie, born in 1988 and president of Blue Systems (electric mobility services and solutions).

The article from Le Monde highlights the rich and complex relationship between Vincent Bolloré and his offspring, with whom he was very loving according to those around him. But his separation from their mother will cause an indelible wound. The couple divorced in November 2004, Vincent Bolloré getting into a relationship with Florence Fossorier, sister of Sophie : “A dashing quadra, mother of eight children from two different husbands, for whom Vincent had already had a crush on the time of their golden youth, on the beaches of the Côte d’Azur.”

The Fossorier family previously had everything to make people dream. “The Fossorier sisters are figures of the good bourgeoisie. Born in Neuilly, granddaughters of a former mayor of Deauville, these pretty blondes endowed with the best education made excellent marriages. Brigitte, the eldest, married Gérard Longuet, an enarque called to become minister, Sophie, the third, Vincent Bolloré. The whole little gang goes on vacation together, feasts on yachts, dances in Saint-Tropez. They are admired, envied and feared. Everything seems to work for them“, writing The world.

A beautiful picture that collapses. “Most of the couple’s friends side with the neglected woman” specifies the daily. But what fate for the children who see their father so caring now being with their cousins? Yannick, a teenager at the time of the divorce, even launches a sling against his father. A striking memory illustrates the content of their relationship. When”Vincent Bolloré picks up his clothes thrown furiously on the lawn by his son, from the window”says the newspaper.

Since then, the one who was then in a relationship with the novelist Anaïs Jeanneret (ex of Gérard Darmon and Jean Drucker) has made sure to build strong ties with each of his children to preserve everything he has built professionally. “His obsession: bringing them back into his fold and never letting them go away again“, we read in The world.

A bicentenary and more mystery

The bicentenary of the family business was celebrated on February 17, 2022 in Ergué-Gabéric, near Quimper and this date was to mark the withdrawal of the billionaire and media magnate, but the vagueness remains on his intentions, reports AFP . All smiles, wearing a large golden cross and to the sound of a bagad – a Breton music ensemble with bagpipes and bombarde – Vincent Bolloré and his sons Yannick, 42, and Cyrille, 36, walked towards the chapel, where a Mass was celebrated, dressed in blue outfits and Breton hats from the Glasik country. Another big party is planned for July.

See also  in Russia in a week - Autoreview