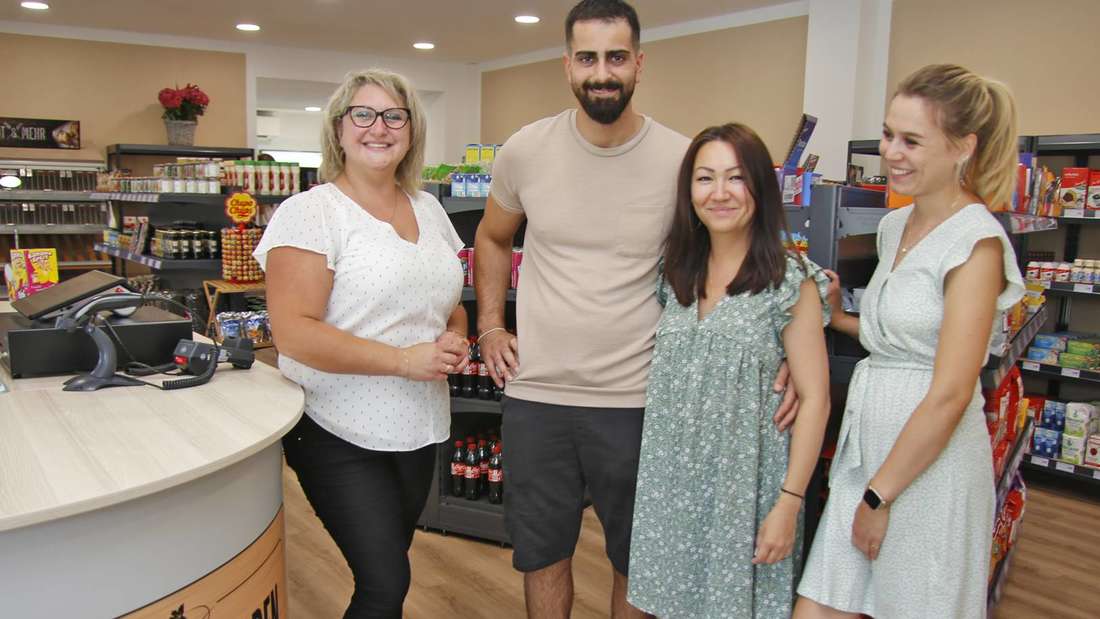 Village shop closes again after only six months: “Simply too much”

The Pedatella couple closed after just six months. They wanted to offer a local supplier again in Geretsried-Stein. The bill didn’t add up.

Geretsried – Bad news for all Steiner citizens: After only six months, the village shop in their district is closing again. “It was simply too much effort for us as a family with too little turnover,” sums up Viktoria Pedatella (36). She sounds resigned. Her husband Antonello (31) adds disappointedly that the Stein district of Geretsried does not seem to need a local supplier. “We think it’s a shame, especially for those who took advantage of the offer,” says the business co-founder.

The small grocery store on Tegernseeweg in the premises of the former pharmacy was to be a shop “by Steiners for Steiners”, an alternative to the discount stores on Jeschkenstraße that is within walking distance, especially for older people. Unfortunately, the bill didn’t add up. It should be over by the end of January or mid-February at the latest. The sale of the goods started this week. Everything is reduced by 20 to 50 percent.

Replenishment is no longer ordered. The village shop operators want to give notice to the landlord, the Geretsried building cooperative, in the near future. Antonello Pedatella continues to work full-time as an employee at a company, his wife will return to her job as an employee after maternity leave – the two have a small child. The 16-year-old son worked part-time, the three employed low earners on a 520-euro basis all have permanent jobs, according to Viktoria Pedatella.

During a visit to our newspaper at the end of last year, the managing director complained that 60 percent of the Steiner residents had not even stopped by. You have constantly adapted the range to the needs and paid attention to the highest quality. Fresh meat from the Murnau butcher Haller was added in November, which was advertised with a mailbox campaign.

The Geretsrieder craft bakery Burger delivered bread and pastries. Eastern European specialties were tailored to the residents of Stein, while Antonello Pedatella chose the Italian delicatessen. “Customers even drive here from abroad for the biscuits from the Mulino Bianco company,” his wife said at the time. She thanks her regular customers for their loyalty. “But we cannot live on them alone.”

Antonello and Viktoria Pedatella give up shop after only six months

In addition to weak sales, there are increased energy costs. The business people have not yet received the electricity bill, but they are expecting a significant increase. Because so few people went shopping on Mondays and Wednesdays that it was hardly worth paying for the lights and staff, the pedatellas hadn’t even opened on those days lately. It was an “end with announcement”, writes a user of the Facebook page “You are from Geretsried, if…”. Another is “irritated, since this project was so highly praised by everyone”, yet another commented that there was no money “to be able to go shopping in such shops, or to want to, in these times”.

The sometimes know-it-all contributions don’t simply bounce off Viktoria Pedatella. “No one who hasn’t run a business themselves knows what that really means,” says the 36-year-old. From the beginning, it was not her family’s goal to make a living from the business. Having lived in Stein for a long time, the couple wanted to offer a local supplier again after the Penny market closed three years ago.

Viktoria Pedatella has experience with self-employment. Before that, she ran a beauty salon in Stein with two colleagues. The joy in the 2400-inhabitant district was initially great about the reopening of the village shop. “Somehow we could have held each other. But that would have cost us a lot of energy and money. I prefer to put my energy into my family and friends now,” says the mother of three.

(Our Wolfratshausen-Geretsried newsletter keeps you regularly informed about all the important stories from your region. Register here.)