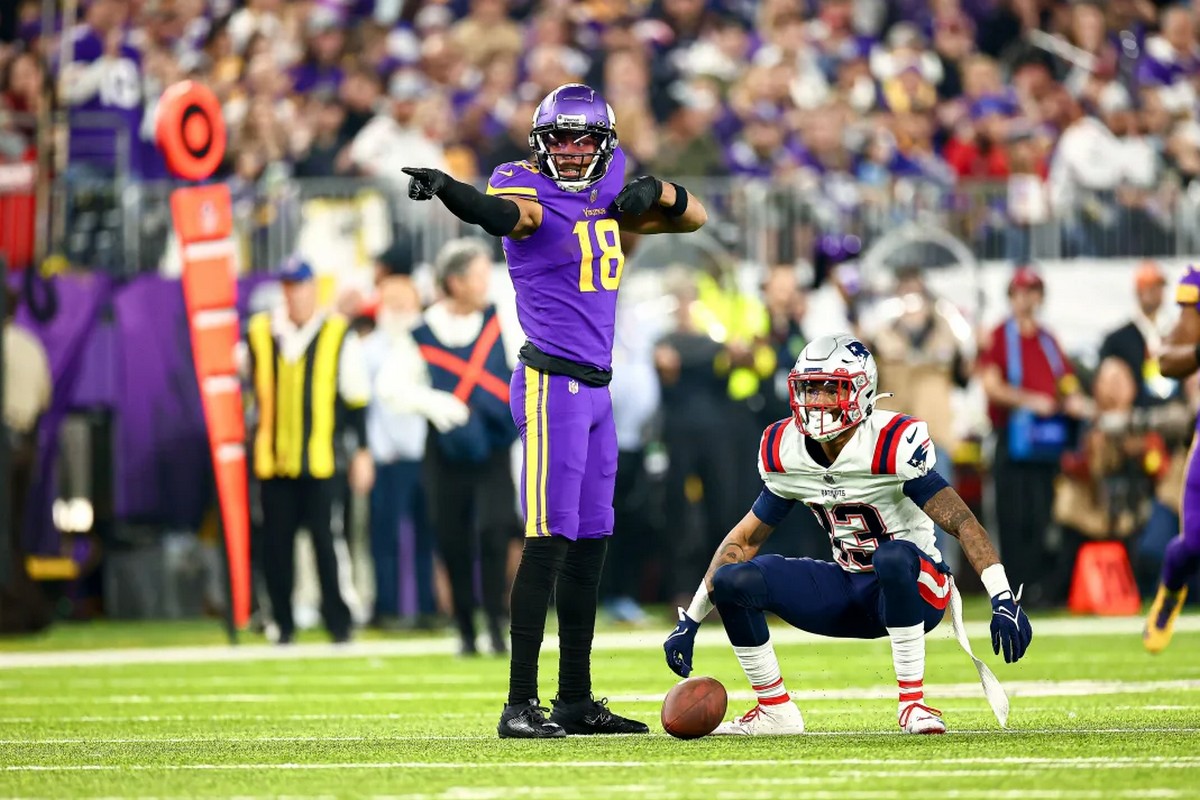 Who said Kirk Cousins ​​(30/37, 299 yards, 3TDs, 1int) was losing his ability in prime time? Facing one of the best defenses in the league, the Vikings quarterback responded after the non-game against the Cowboys. Unlike last Sunday, he was able to rely on a reinvented offensive line, yet against the second-best pass rush in the league. If his quarterback shined, Minnesota can thank its No. 1 receiver, who would have done everything to put him in the best situation. Despite constant double coverage, Justin Jefferson (9 receptions, 139 yards, 1TD) records a new game over 100 yards.

For his part, Mac Jones (28/39, 382 yards, 2TDs) multiplied the quick and low-risk passes, but also knew how to find his receivers deep in the first three quarters of the game. Little helped by a ground game limited to 45 total yards, the Patriots quarterback notably failed to find the solution in the red zone, limiting his team to field goals, insufficient to win this game.

Those who have followed the Vikings since the start of the season will not be surprised by this first half. An impressive first possession followed by a hibernation before an awakening led once, the press presented us with a scenario that has been seen many times this year. They will have even pushed the parody to the end, with a new extra point that Greg Joseph missed, already the fifth this year.

The Patriots, in turn, were able to rely on a precise Mac Jones, completing 12 out of 15 passes at halftime. Despite a possession time of less than 10 minutes, Belichick’s men often found the solution in a porous local defense. Nevertheless, they struggled to close, ending this first period with a touchdown and 3 field goals. In the end, the two teams return to the locker room with a score tied, 16-16.

New England was weighed down by its special team

A kickoff returned for a touchdown, a key penalty on an opposing punt, a very short punt in the middle of the fourth quarter, the Patriots special team missed its second half. After being decisive against the Jets last Sunday, New England’s third team cost them the win this time.

The third quarter is definitely not between the two teams. A big play ended with a touchdown and a long possession that ended in a field goal for both franchises, and the score was tied 26-26 at the start of the fourth quarter.

Abused since the start of the game, the two took over on defense in the final quarter. Unfortunately for the visitors, a mistake on the special teams will push them down the field once too often. Faced with the Jefferson / Thielen duo, New England cracks one last time, one too many.

Clean as in the first half, Mac Jones no longer finds solutions against a defense that raised the aggressiveness indicator. Under pressure, the young fullback was sacked twice at crucial moments. Unable to score a single point in the final quarter, New England let the win slip away in a lopsided encounter until the end.

With this ninth win, Minnesota revives after the blow taken against the Cowboys. In turn, the Patriots, despite a positive record, will have to fight to the end in a hotly contested conference.