The Yeti 160E is the latest arrival among e-MTBs, but as soon as you say Yeti you immediately understand that it is not the latest arrival.
We had all been waiting for it for years (and we had talked about it here) and almost someone was convinced that, no, Yeti will never make them!
But the delay with which we finally show you these images has very specific reasons.
Which Yeti herself has explained to us and which we will reveal to you shortly.
In the meantime, make yourself comfortable.

This is not a MTB to which they added a motor and a battery to make an e-MTB.
This is an e-MTB concept that is bound to leave a mark.
You are ready?
Watch the video and then continue reading the article:

The Yeti 160E took some time and the reason why Yeti took all this time to come up with an e-MTB is because it preferred not to follow the demands of the market, but to follow very different rules: those of physics.
Creating a suspension for an e-MTB is not as immediate as Yeti thought and this required the development of an ad hoc suspension for the 160E, called Sixfinity.
Completely different than what we saw on the SB66, SB6 and SB150.

But this delay that seems like lost time, in reality, says Yeti, is time gained, because the suspension is designed and calibrated to work with an electric motor.

A development that began in 2016

The Sixfinity scheme, patented by Yeti, is a 6-bar linkage whose lower linkage, called the Switch Link, behaves similar to that of the Switch Infinity.
Yeti has been thinking about this pattern since 2016.
Sixfinity, however, can be adjusted to have an appropriate behavior for the weight and speed of an e-MTB.
Hence, it has a structural rigidity adequate to the mass of an e-MTB.
As the Sixfinity suspension compresses, the Switch Link begins to rotate upwards to the point of inversion, where, in fact, it reverses the rotation and rotates downwards.
But what does this mean?

It means that the suspension in the Sag zone, i.e. when pedaling, remains very neutral thanks to a very high and constant anti-squat level, between 100% and 109% (see graph below).

That is, pedaling does not interfere with the rear suspension as long as the Switch Link continues to rotate upwards.
At the point of reversal, i.e. at about 80-90 mm of travel, i.e. when you are no longer pedaling, the behavior of the suspension begins to be progressive and behave like a classic Yeti suspension.

The Yeti 160E, therefore, has been designed to ensure maximum traction and stability while the motor assistance is active, that is, while pedaling.

And how does it behave when braking downhill?
As we know, the action of the rear brake can inhibit the operation of the suspension and this can compromise the adhesion of the rear wheel when going downhill.
To remedy this, Yeti on the Sixfinity suspension has adopted an anti-rise level of 65% at about 50-60 mm of travel, that is in the Sag area, which is a lower percentage than the Mtb Yeti.

This is to ensure grip on the rear wheel and not upset the geometry of the bike when riding downhill while braking.

Three suspensions in one

It is a fact of fulcrums and levers and therefore purely of physics, but which has an enormous effect on the behavior of any suspension.
The Yeti 160E allows you to vary this ratio to a small extent on three positions to have a more sensitive or more supported and efficient suspension.
Concepts, these, that if you are a minimum of the trade you will have already understood …
Just change the lower fixing position of the shock absorber.

And we come to the data of the Sixfinity suspension and the engine.
First of all, how much travel do we have?
Easy, the name itself says it: 160 mm
And 29-inch wheels.
Also mullet, i.e. 29 in front and 27.5 inches behind? No.

The 29 ”wheels are faster in the race and the wagon is still quite short.
Thanks to this new suspension scheme that creates a space to house the Shimano EP8 engine and not to keep the rear wheel too far away.
The wagon in fact measures 44.6 cm which, with a 29 ”wheel, is an excellent result for an e-MTB with a travel of 160 mm.

Battery not integrated, but …

And we come to the battery specifications.
It is not external as assumed at first, but neither integrated, but semi-integrated.
630 Wh capacity and produced by Shimano.
In fact, the battery is hooked to the down tube and protected by a cover: this solution facilitates charging should it be done away from the bike.

As for the frame there are, of course, other details worthy of attention for all the “Yeti lover” who are reading this article.
The cables also pass inside the down tube, to which special care has been reserved, according to Yeti, to ensure maximum silence in operation and ease of intervention.
Look at the cable glands, including the one for the speed sensor, in the image below to understand the level of attention to detail …

And, if you want, if you have a wireless transmission, you can configure the cable glands appropriately.
In addition, on frames with sizes M to XL it is possible to mount a bottle cage exactly where it is usually mounted: on the down tube.

As for the frame it is also worth noting that it meets DH specifications according to Yeti.
So solidity in abundance.

On all handlebars signed Yeti from 800 mm in width in thermoplastic material, as anticipated in this video.
Availability: another sore point.
If you want to buy one, run to the local dealer, book it and arm yourself with patience.
Did you expect something different?

Two colors are foreseen, Turquoise and Rhino, at least for this year, while Jared Graves and Jubal Davis compete with the team livery you see in these images (not available for sale).

We hope to try it soon and update you as soon as possible.
In the meantime, take a look at the archive of our contents on the e-MTB world and on tests and insights on Yeti, in particular the interview with the CEO of Yeti: 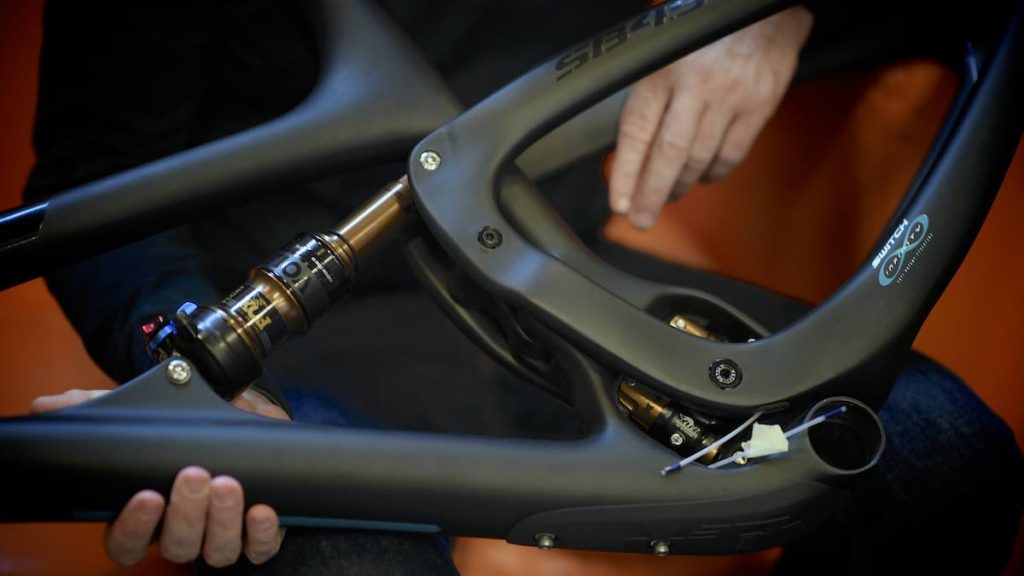 A chat with Chris Conroy, the boss of Yeti Cycles, on …

Interview with Chris Conroy, president of Yeti Cycles, about the past, present and future of one of the most iconic brands in fat wheels.