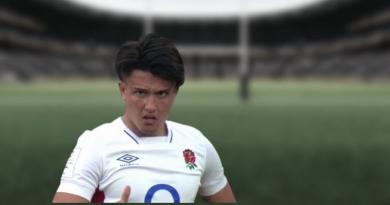 VIDEO. WOW! Did you see this magic trick by Marcus Smith against Racing 92 in the Champions Cup?

Magnificent match this weekend between Racing 92 and Harlequins, with an ultra-tight victory (30-29) for the Ile-de-France residents. In total, 5 tests, and a jewel of which only Marcus Smith has the secret!

Rugby looks so easy watching it

Against Racing 92, the 23-year-old English crack returned to the lawn, he who had been absent for long weeks. Indeed, it was the first time since November 26, and the defeat of England against the Springboks, that Smith drove back the lawn. Injured in the ankle during this match, the opener had to spend a few weeks in the infirmary, and seemed to have ants in his legs! Nevertheless, for more than half time, the conductor with his always well-groomed hairstyle did not find any solutions in the face of the Racing 92 defense. Sometimes imprecise, just like his team, the lack of rhythm is felt in Smith. However, underestimating him is a big mistake, he who at any time is capable of a flash of genius. This is what happened in the 50th minute, following a scrum in favor of the English, in the Racing camp. Indeed, the number 10 of XV de la Rose took the ball at full speed, before carrying out a first acceleration and at the same time feigning a cross, then again accelerating in order to circumvent Francis Saili and deceive Gael Fickou with a another fake pass, to then send Murley behind the line, fixing Gelant perfectly. A real sleight of hand for Marcus Smith, who in a few seconds mystified the Ile-de-France defense to revive his team in the match. It is not good news for the 15th of France to see this player capable of this type of action, just before the 6 Nations Tournament. Moreover, the latter is indeed present in the list of Steve Borthwick, and will be in direct competition with one of the bosses of this team, Owen Farrell.