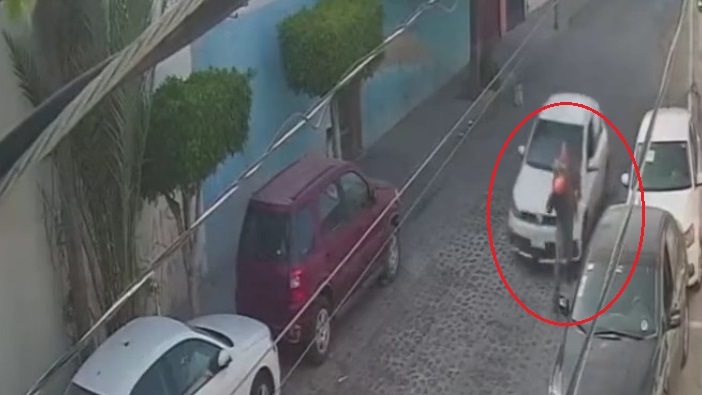 And Ham thief was hit by a car by his victim in the municipality of Queretaro.

The events occurred on the morning of May 27 at the Lomas de Casa Blanca neighborhood.

Video from a security camera shows the moment a subject is rolled for auto white while walking under the sidewalk.

Instead of getting up, the man throws the backpack he was carrying and remains on the ground until moments later the white car returns and its driver gets out to kick him in the head.

A witness intervened to prevent the motorist from further assaulting the man and made him leave.

It is presumed that the run over man had just assaulted the driver who hit him and that he reached him at full speed to take justice into his own hand.

After the viralization of the video Police Action Querétaro indicated that “there is no record of a complaint or call to the Single Emergency Number 9-1-1, by any of those involved.”

In this way, the authorities asked both parties to file the corresponding complaint.

With information from López-Dóriga Digital