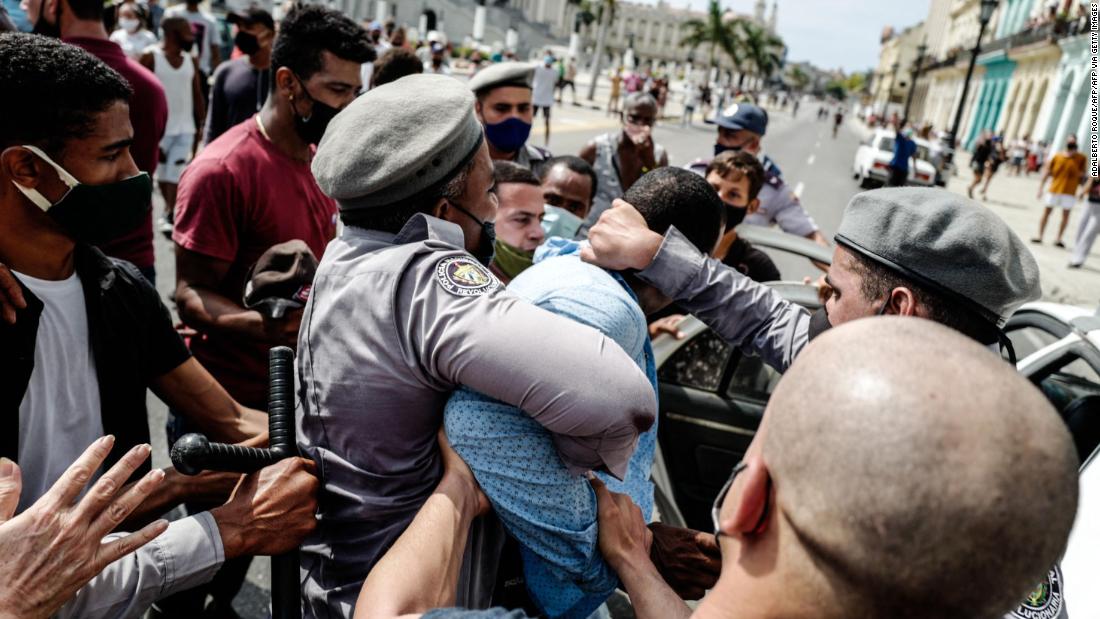 (CNN Español) — A new video that has gone viral on social networks shows part of the development of one of the demonstrations against the Government of Cuba, which took place on July 11, in several cities of the country.

The images, taken in the city of Camagüey, last more than 8 minutes and were published on Wednesday on Facebook by journalist Roberto Céspedes, on his personal account.

The journalist told CNN that the video was recorded by the protesters themselves, with the aim of showing that they are not criminals but ordinary citizens, mostly young people, with the aim of expressing their dissatisfaction with the regime.

Cuban President Miguel Díaz-Canel and other officials have said Sunday’s protesters committed vandalism and, according to him, attacked those trying to bring order.

According to Human Rights Watch and the Cubalex human rights center, the protests have left more than 150 detained and missing.

In the video slogans such as “Homeland and life” are heard, for the song that has become the anthem of those who demand changes in the Cuban regime. All this while the protesters show the challenge to a police cordon that is in the place.

In another part of the recording you can see how the protesters, peacefully, manage to cross the police cordon. And then they face the agents again. The claims of those who claim to be starving due to the country’s economic situation are also heard.

Protests in favor and against the Government of Cuba began spontaneously in several cities of the country, on July 11.

Díaz-Canel affirmed this Wednesday, on Cuban television, that “there are dozens of injured, and the exact figure cannot be specified.”

According to Human Rights Watch and the Cubalex human rights center, the protests have left more than 150 detained and missing as of Wednesday.