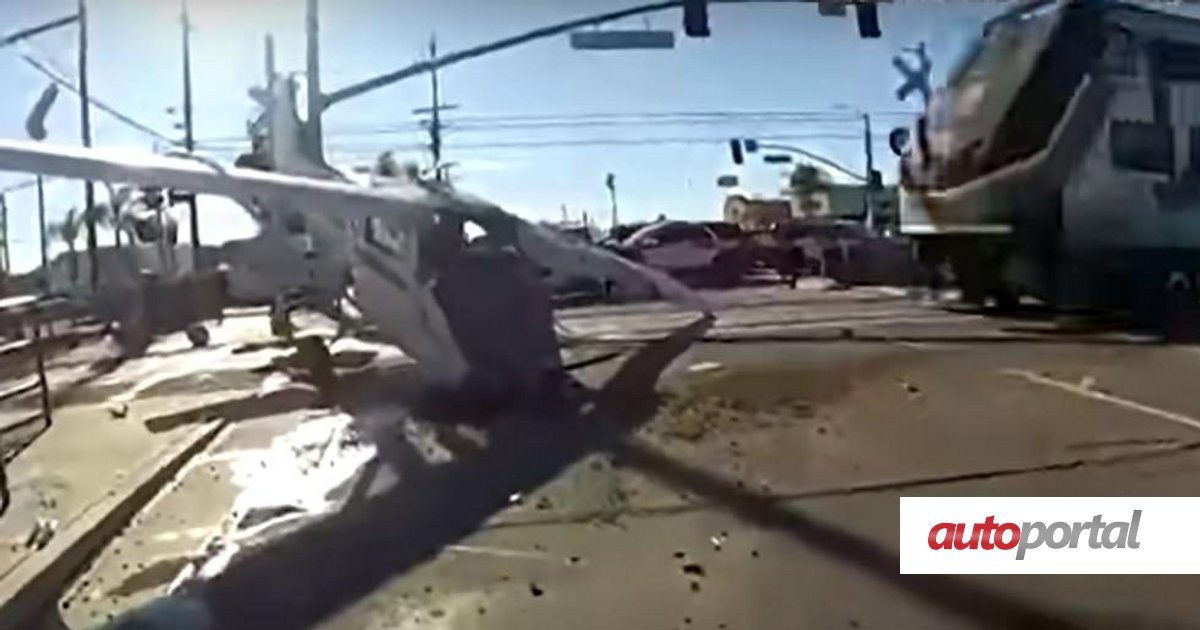 The description of this incident is quick; as fast as the few seconds it takes for LAPD officers to rescue its injured pilot from a crashed plane.

The Cessna fell on top of a railway line and it was necessary to remove the aviator from the interior of the aircraft in a rescue against time with the imminent arrival of the train.

The rescue was successful, even before the convoy announced its devastating passage.

The devastation is seen from another angle in this video shared by the Reuters agency, made by those who watched the situation, perhaps closer, given the danger caused by the projection of wreckage – as can also be seen.