Against the wind and Medvedev! In Indian Wells, even the weather plays on Daniel’s side 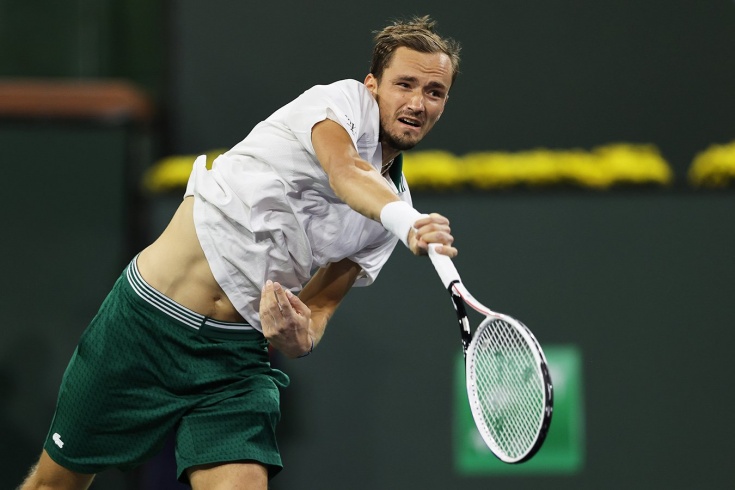 Extreme conditions at the Masters in California do not prevent the Russian from smashing rivals one after another. Video compilation of incredible blows.

The Indian Wells Masters, which were first postponed from March to October due to the coronavirus, has already given players a lot of trouble. The rapidly changing autumn weather during the day, the wind with sand from the desert make the tournament participants constantly look for ways to cope not only with the opponent, but also with the elements. Looks like # 1 seeded and US Open champion – 2021 Daniil Medvedev immediately adapted to this difficult situation and put nature at his service. And the rivals have to fight both against the wind and against Medvedev. Watch a video compilation of the wonders of technology performed by our tennis player. 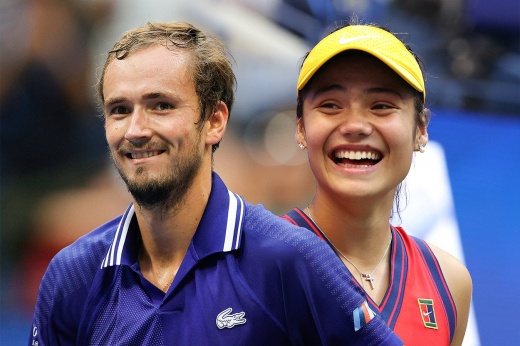 The most generous Masters! Indian Wells champions to win over $ 1.2 million

For the second racket of the world, Daniil Medvedev, the Indian Wells Masters is extremely important for several reasons. First, he needs to show that the title he won at the US Open – 2021 and the fantastic victory over Novak Djokovic in the final were not accidental and now he is the real leader of the tour. And secondly, the title in Indian Wells could lead to the fact that on November 1, the Russian will become the first racket of the world, unless the ATP changes the rules for calculating rating points. Read more in our dedicated article on this topic. 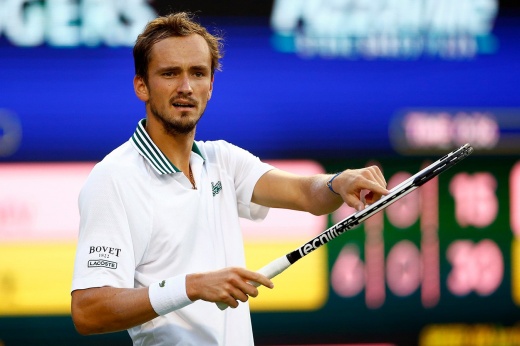 Medvedev approached Djokovic by 500 points. The Russian has a chance to take first place!

Arriving in California after the Laver Cup in Boston, the Russian immediately got down to business. He spent a week training camp in Los Angeles and then moved to Indian Wells. Daniel was not at all embarrassed by the unusual conditions in which this famous “Masters” is held on hard. Unlike most competitions on this surface, Indian Wells has a very slow court, heavy balls, and the wind also constantly blows sand from the desert onto the court. The surface becomes like sandpaper. All this leads to the fact that the rallies become protracted. Some last for about 30-35 strikes. In the opening match with the American Mackenzie McDonald Medvedev won an incredible 44-hit rally. The official ATP tweet highlighted this rally and even showed it from two different points.

Slow courts and heavy balls are the complaint of many Indian Wells tennis players. Russian Andrey Rublev noted that in such conditions it is very difficult to achieve a winner (blow through). Daniil Medvedev also noted this: “The speed of local courts is very slow. It seems that slower is simply not possible. A little more – and you could play mini-tennis. “ 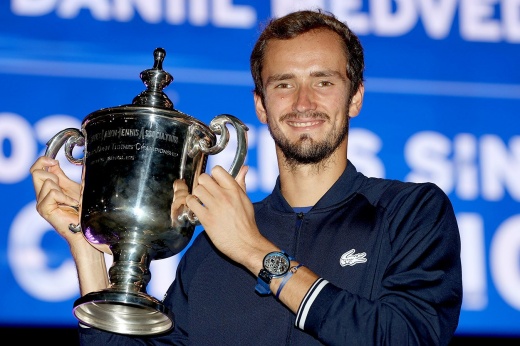 Daniil Medvedev is the best tennis player on hard since 2018

In the second match, which Daniel played in a tournament with a Serb Philip Krainovich, the weather was an even bigger surprise. A vortex wind hit the stadium. The ball flew off in an unpredictable trajectory. Medvedev, even after his victory, wrote about it on Twitter: “It’s just crazy weather today. Glad to win such a fight. I will prepare for the next match. “

All tennis players struggle with the wind, but not everyone is able to put the element at their service. Daniel seems to have succeeded. The technique of our tennis player has been distinguished by originality before – this is noted by both opponents and specialists. And in extreme weather conditions, his kicks and ball receptions look fantastic.

Representatives of the press service of the ATP, observing Medvedev’s mind-blowing style of play, even joked about the technique of performing the blow by the Russian, writing a post on Instagram: “Playing tennis in windy weather is not easy,” adding a laugh emoji. Subscribers to this account began to compete in wits: “I don’t know who taught him tennis”, “Here is a brief instruction on how to injure your wrist and elbow”, “His forehand technique is rather flimsy without the wind”, “The ideal technique for a windshield wiper cars”.

The publication is available on Tennis TV’s Instagram. Video rights belong to ATP.

All meetings of the 4th round of the men’s singles will be held in Indian Wells on Wednesday. Daniil Medvedev plays with a Bulgarian Grigor Dimitrov.