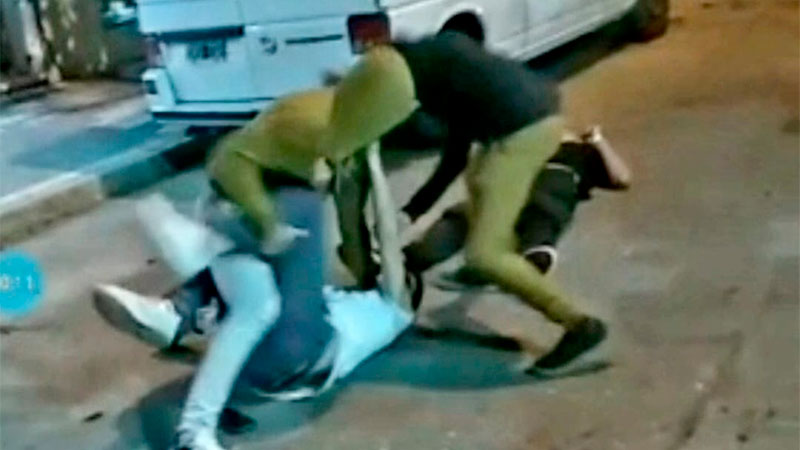 Video of brutal beating of two young people after leaving the bar: one was left unconscious – Police

The terrible physical attacks on two young people, which almost ended in tragedy, took place this Sunday at dawn on Calle Italia between San Martin and España, in the city of La Paz, half a block from the main square, where a group of young people would have pursued and caught up with two other boys at the exit of a Pub located on the corner of Moreno.

As can be seen in the video that circulated on social networks, two young people are on the ground, one of them unconscious, while his partner is violently attacked with punches and kicks to his body and head.
According to statements by the Chief of Police, Peace Newspaper He was able to know that the aggressors would have been three young people whose identities are unknown to date, but they are investigating the security videos and contributions from witnesses to clarify the fact.

Video:
Brutal beating of two young people at the exit of a bar in La Paz

The young man who ended up unconscious in the middle of the street had to be taken by ambulance to the 9 de Julio hospital. Fortunately, both young men suffered only minor injuries.
Hours later, the two young people who received the brutal beating appeared at the Departmental Headquarters and filed the corresponding complaint.