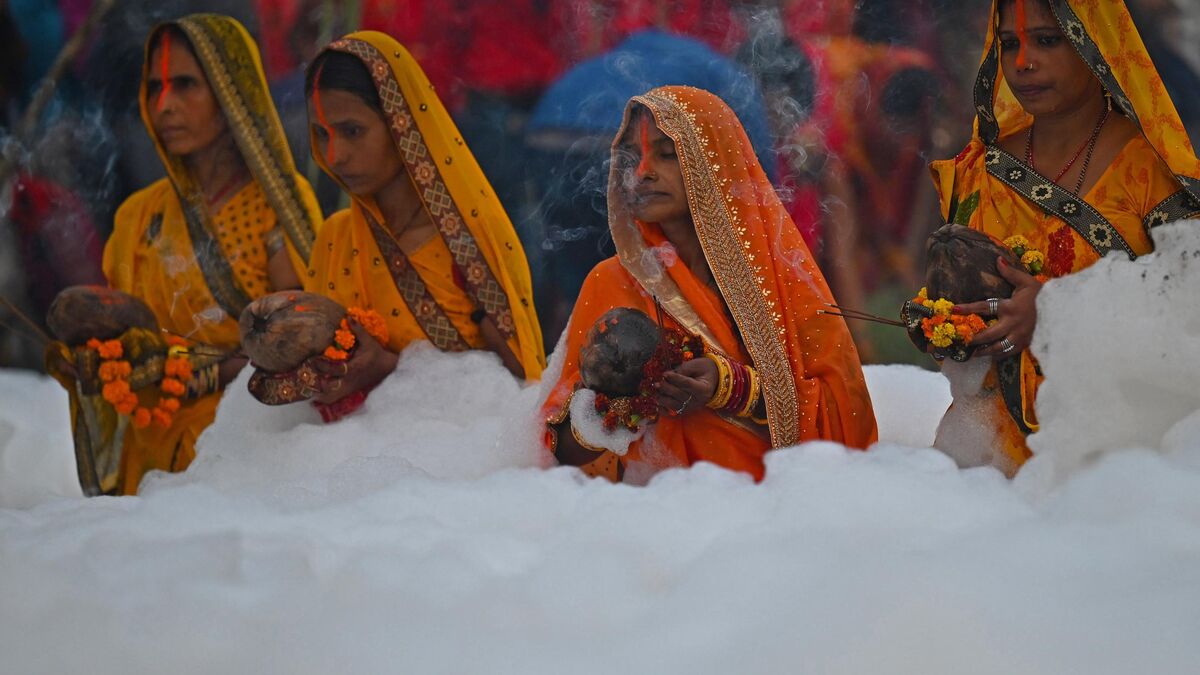 Toxic foam has been covering the Yamuna, one of India’s sacred rivers since Monday, adding to the ailments of New Delhi residents already overwhelmed by the thick fog of pollution enveloping the Indian capital.

The pollution has not deterred Hindu worshipers from diving into the river to celebrate the four-day festival of Chhath Puja, with prayers in the sun: “We know it is very polluted, but it is a ritual Local authorities blamed a “significant influx of wastewater and industrial waste” upstream last week. However, according to Varun Gulati, an activist, this pollution is linked to illegal garment factories in Delhi, whose wastewater is not treated by wastewater treatment plants.

In addition, the phenomenon has disrupted the water supply in part of the city, according to local officials who did not specify how many homes were affected. “I would like to thank the residents who have been affected for their cooperation.” Raghav Chadha, vice president of the city’s water supply authority, said in a statement on Sunday. “Our team of managers and engineers are working day and night to minimize the hardships people in Delhi have with regard to water.”

Authorities have long committed to cleaning up the Yamuna, to no avail, and episodes of toxic foam repeat each year. In 2020, a government report estimated that the quality of the water in the river had “seriously” worsened. during the previous five years.