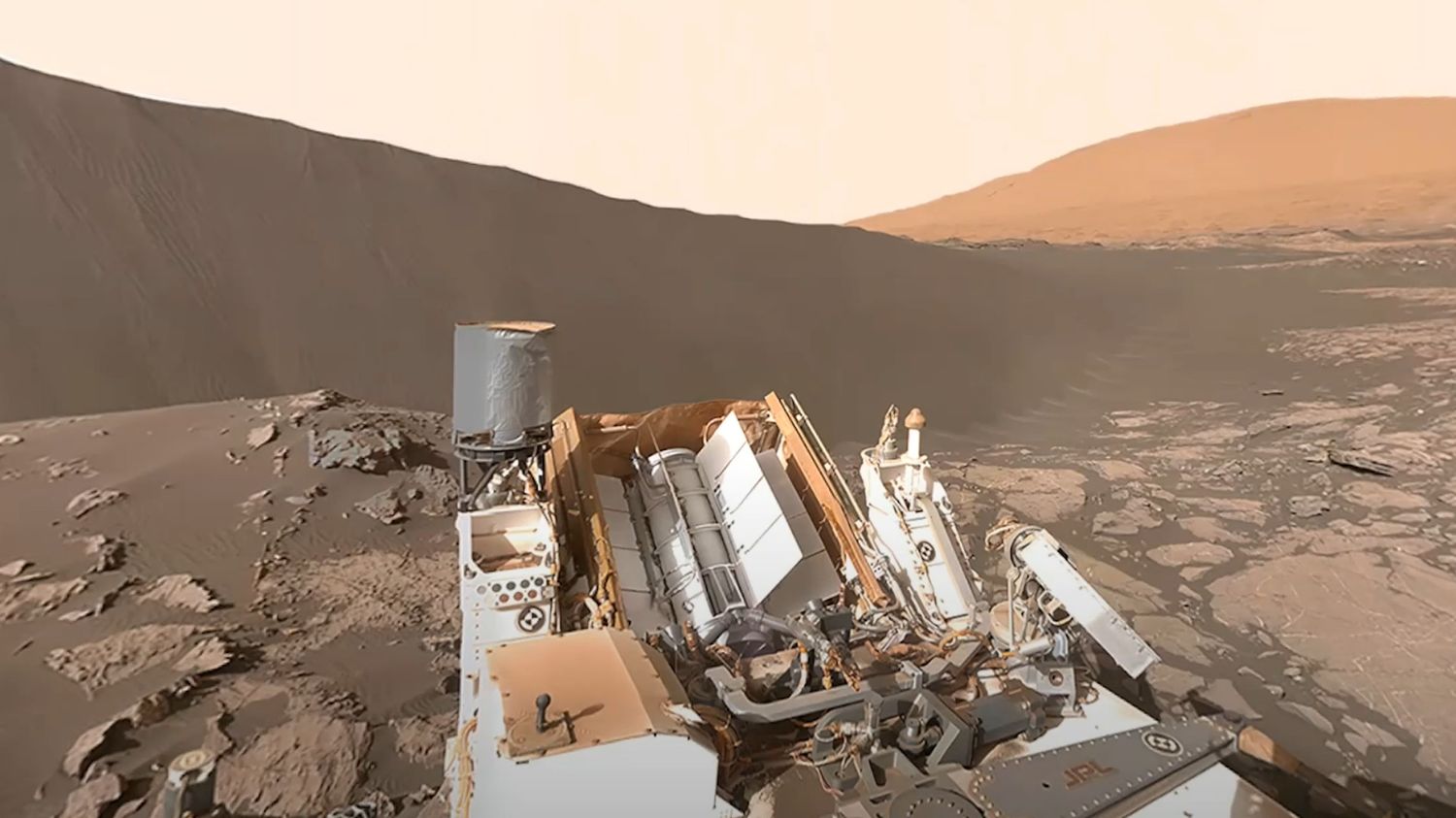 VIDEO. Here’s what the Curiosity rover saw in ten years of Mars exploration

NASA’s rover celebrates its tenth year on the Red Planet on August 6. The opportunity to come back to certain stages of his mission, as if you were there.

Magnificent landscapes, which could almost belong to the Earth. Since its landing on the planet Mars on August 6, 2012, the Curiosity rover has made many discoveries about this other world, located 78 million kilometers away. But the rover also delivered astonishing panoramas, reconstructed in the form of 360-degree videos by the American space agency (Nasa). Franceinfo offers you an immersion in the great moments of this space mission.

To not miss anything of the Martian landscape, Curiosity can count on 17 photo and video sensors, capable of taking color shots and even 3D stereo visuals. Each stage of his exploration was thus able to be immortalized from every angle. After ten years, no less than 500,000 images have been recovered by scientists from the Mars Science Laboratory mission. These images are also freely available on the NASA website. Scheduled to last between 2 and 6 years, Curiosity astonishes by its longevity, and should continue to probe the Martian surface until 2025.

all the news in video

Receive the essentials of our news with our newsletter

France Télévisions uses your email address to send you newsletters.

articles on the same topic

On the same topic