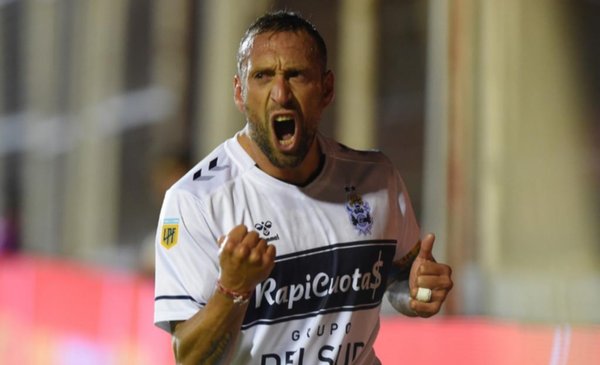 VIDEO. He crushed the Patron and dreams of the classic

Demolishing was Gymnastics in Paraná. Forceful, aggressive and above all, conscious. The Wolf knew what was at stake during his visit to the Board of Trustees and he played as the save warranted. He went out to thrash the rival and he did it with personality and without being frightened. He went 6-0 to achieve his third consecutive win and go into the final date convinced that he can qualify. Alemán x 2, Tarragona x 2, Carbonero and Ramírez, the authors of the goals of a wonderful night that invited him to continue dreaming.

To visit the Bartolomé Grella, with the flavor of the victory achieved against Unión still present on his palate, Pipo Gorosito decided to change as little as possible and played something only because Germán Guiffrey’s injury forced him to do so. Nicolás Colazo got on the left side and the rest was all the same.

The team took to the field repeating the base of the defense (Enrique, Morales and Piris), the contention duo in the central circle: Cardozo-Alemán, the wingers Carbonero and Sosa, and the offensive duet Tarragona/Ramírez.

And the Wolf came out with everything and determined, assuming the importance of the match in Entre Ríos. From minute zero he stood in the rival’s field and on the first occasion he had, he took the lead. German Brahian did everything. He was fouled against the right edge of the area, he settled the ball and he himself put it in an angle with just 2 minutes of play. What Pipo always wants, to get ahead quickly, was achieved by a masterpiece of 10. An execution to put in a painting.

Due to the obligation imposed by the disadvantage, the Patron quickly came out of his initial lethargy with the premise of reaching a draw. He had some chances with a set ball in which Gymnastics showed defensive inattentions but could not be efficient. But the first light was at the feet of Jonathan Herrera, who took advantage of a bad setback Mens Sana to seal a nice move with a good left-footed shot that went very close to a post. Rodrigo Rey only managed to look.

He went to the local and if he went, he neglected himself behind. In a quick transition Gymnastics did not forgive him and at 23 he was able to stretch the advantage. Eric Ramírez fought and stole the ball from Oliver Benítez and when he faced the goalkeeper he gave the goal to Cristian Tarragona, who applied the former’s law with a right touch that the former Gymnastics himself could not get on the line. There was a VAR check for the position of Perla, but everything had been legal. The lit duo did their thing again.

The team knew that the challenge was not just to win, but to win by the greatest possible goal difference. That is why he did not stop looking for Mansilla’s arch and the third arrived. A goal that had not come before due to some bad decisions by Johan Carbonero, but that the captain was able to achieve again. Brahian Alemán showed off his punch, again, when 43 minutes went by and found a ball floating in the area. External part of the left foot and collect. Gymnastics went into the break with a resounding 3-0. Forceful and deadly.

HE KEEPS SCORING AND SURPASSED SARMIENTO

Without being satisfied with the three advantage, the team went to complement with the intention of continuing to save and leave their goal difference at zero. That is why Tarragona pressed high and took advantage of a rude mistake by goalkeeper Mansilla, who fell when he tried to avoid him and left the bow at his mercy. At 4, the fourth arrived. But not only that, because four minutes later he also got the fifth.

Another defensive horror of the premises and another advantage taken out by Gimnasia. This time it was Johan Carbonero who took advantage of a little gift and defined strong and low right. Difference of +1 in the table to tie Sarmiento and harvest of 21 points.

For the epilogue Pipo decided to take care of some and give others a minute. One of those others was Benjamín Domínguez, who put together the play of the sixth that ended up being specified by Eric Ramírez. Overwhelming, the Wolf did not stop and continued to feed his goal difference by going to Verde de Junín. The account was left there, beyond the fact that Soldano’s seventh had to be reviewed, which was canceled due to a dubious advanced position.

Practically without addition, the end came and the Wolf celebrated an overwhelming win that makes him believe.