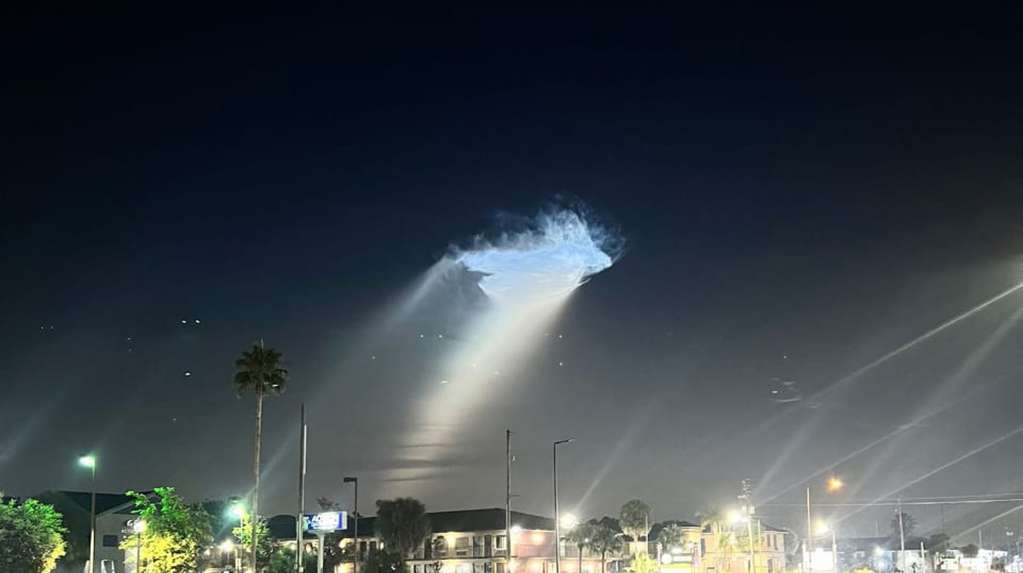 Video: a strange space jellyfish lit up the sky and generated intrigue

A great “space jellyfish” it lit up the sky in the United States and generated mystery among the people who managed to see it. The effect was caused by the launch of cohete SpaceX Falcon 9 from the Kennedy Space Center in Florida, and Twitter users shared the incredible images. In addition, there were those who made memes and even they compared him to the mascot of the Qatar World Cup.

The object glowed in the dark sky and flew over the city with what looks like an expanding head and tail.

The professor of aerodynamics and mechanical engineering at the University of Texas, Chris Combs, cataloged it as a space jellyfish for its particular shape.

As Combs explained, it is not so common for this type of phenomenon to occur every time a projectile of this style is ejected from the Earth. The visualized celestial object it is due to a combination of physics and optimal environmental conditions.

Thus, the space jellyfish form corresponds simply to the exhaust coming out of the nozzle of the SpaceX Falcon 9 rocket motor. The nozzle is a bell-shaped structure that is visible at the end of space rockets, its function is to get the propulsive force for launch.

I also read: The first private trip to the International Space Station took off

In addition, the exhaust could be seen coming out of the nozzle in such a characteristic way due to the difference in pressure within this structure compared to atmospheric pressure and the consequent compensation that was made to balance said pressures.

So by equalizing the exhaust pressure on the way out, a expansion “fan” effect that favors the singular exhaust expulsion that is visualized in the video.

I also read: He did it again: the pastry chef of Mickey’s failed cake sought revenge and showed the result

The memes behind the images of the “space jellyfish”

After the images of the phenomenon went viral, dozens of Twitter users began to joke about what the strange figure was due to.

One of the tweets referred to the similarity with the mascot of the world cup in Qatar 2022, La’eeb. “Those from Qatar trying little things… everything is fine.”

Another also related it to the remembered scene in which Mufasa, Simba’s father in the movie The Lion King, speaks to him from heaven.

And without a doubt, the folklore of Argentine soccer was not left out either. A user related it to the “ghost of the B” that flew over the Bombonera a few years ago while a Superclásico was being played.