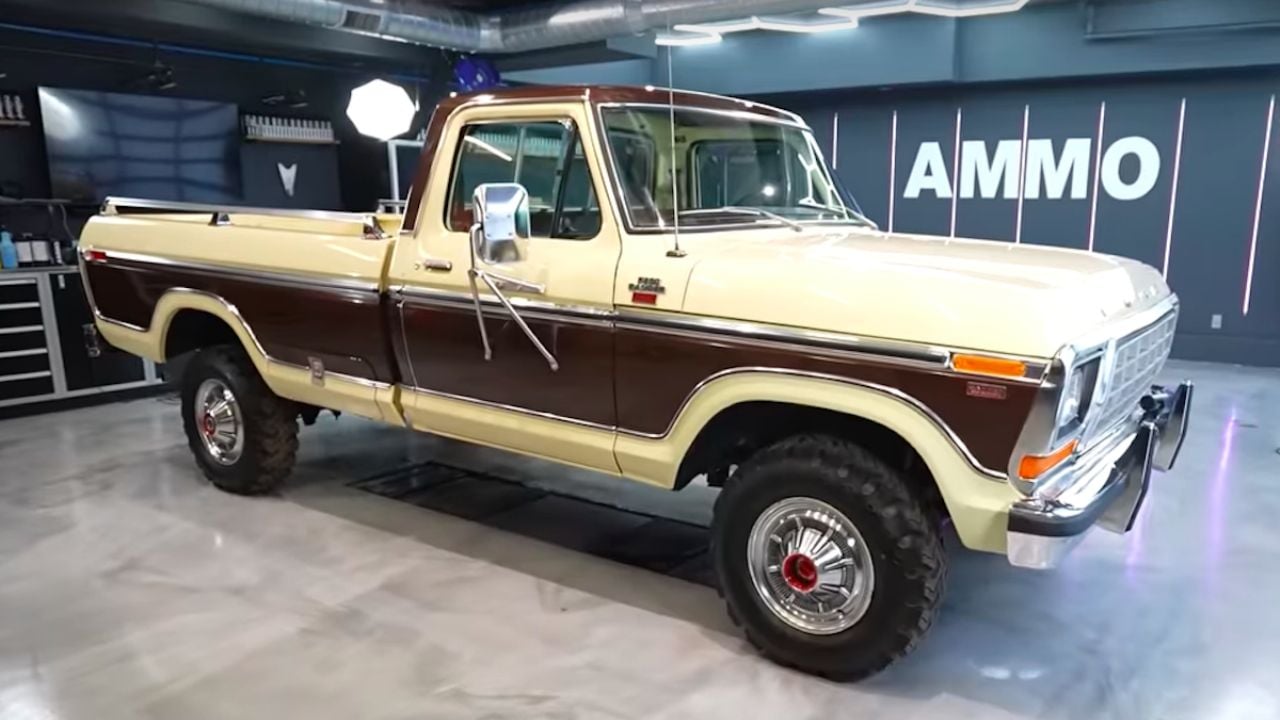 A true gem of the automotive industry was discovered in a garage in the United States after being stored 42 years. It is a pick up Ford F-250 Lariat, modelo 1978, which remained in storage for 42 years, and is truly intact as if time had not passed. This Ford pickup had only traveled 224 kilometers and is still in the possession of its first owner.

The vehicle was discovered by AMMO NYC, un canal de detailing en Youtubeand it is a collector’s item since only 11 units of this F-250 were manufactured with this combination of colors (cream and dark brown) with the interior equipment called Lariat.

The owner of the Ford, already tired of having his Ford F-250 Lariat sitting idle and retired from driving, decided to sell it. And the first impulse was to contact the people of AMMO NYC to thoroughly clean the truck, polish all the details and leave it in a condition like a zero kilometer for a safe sale.

A van in extinction

The Ford F-250 was purchased in March 1978 in Charlotte, North Carolina, for $8,240. Under the hood you can find a V8 gasoline engine and a three-speed automatic transmission with four-wheel drive.

In those years, generally people who bought a pick up of this type only used it for rural or force work. But this model surprised with outstanding comfort elements, such as air conditioning or cruise control, something new for this model, which made daily tasks much more pleasant.

The AMMO specialists took the F-250 out of the old barn and transported it in a trailer to their studio in Connecticut, a trip that took about 11 hours. In that place, the team of professionals who restore different types of vehicles there was surprised to see the state of conservation of the Ranger.

See also  What is the type of motor oil that lasts the longest?

The first job consisted of a pressure wash, the only one in 42 years that this truck has, because the main challenge was to remove the dust and grease stuck in some sectors of the unit..

Only a single deterioration appeared in the areas with chrome inserts such as grills, bumpers and running boards, where the invasion of rust was visible to the naked eye.

In the video, several signs appear during a quick tour that the pick-up is really in a virgin state. As an example, you can see that the trace of the vehicle inspection carried out on the F-250 in 1978 is still stuck on the windshield, the rims have no scratches and the tires are so well preserved that they show little use.

It was also possible to see a toolbox that remained intact, despite being forgotten in a garage for more than four decades, and the serial number engraved on the silencer can be perfectly read.

The specialists of the restoration of the F-250 Ranger were in charge of “rejuvenating it and keeping it as original as possible. The idea is to make the paint look like new with the least invasive process,” they said.

After the deep wash, they continued with the “enhancement” of the vehicle with abrasive products, also polishing the entire surface with extreme care, taking into account that the original paint is not prepared to be subjected to the latest generation products.

The result of the restoration of the van was surprising. And, although its sale price was not reported, it could be estimated at around $75,000.