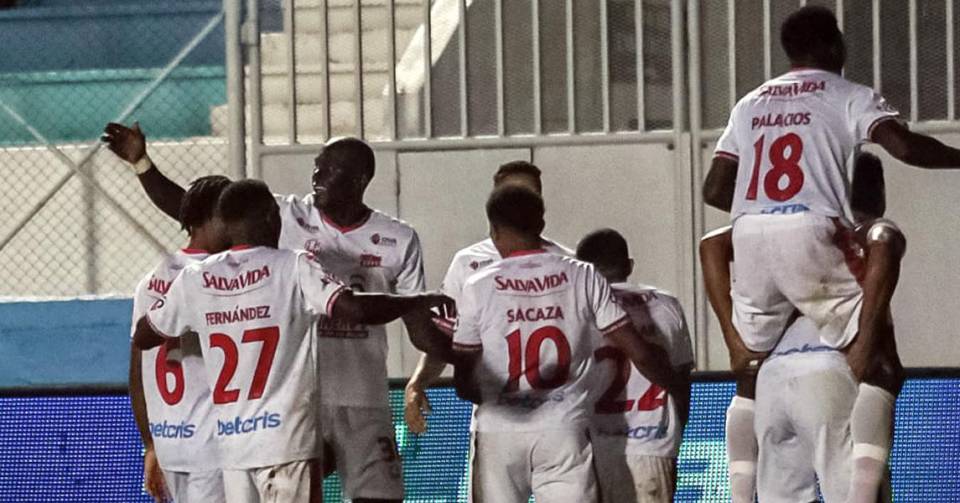 The Chelato Uclés National Stadium vibrated on an exciting night with a two-way duel between Motagua and Vida, where the Blues came close to winning another victory, but Rafael Agámez struck with a goal from another planet appeared to establish a final tie 2-2. .

The team from La Ceiba started as a fearless team and were brought up with a fighting proposition from the first minutes. The first goal chance was for the Reds in the 14th minute by Alexander Aguilar, who received a ball on the edge of the area, made a cut, but his shot was controlled by Licona.

The minutes of the game continued with a lot of dispute in the midfield and once again the Ceibeño team was the one that had the best chance to open the scoring, after a free kick by Elison Rivas and in two periods the blue goalkeeper it controls. .

Motagua responded after 23 minutes, after a cross by Marcelo Santos, Moreira could not head into the area, but Jessé Moncada controlled the ball, rounded with his left foot and from the goal line, Pipo López saved his goal by using his feet to dive and take the shot.

The Palms came back recharged in the second half and after a cross from Rivas on 50 minutes, Camara won it in the air; Alexander Aguilar finished with a sweep to beat Marlon Licona and open the scoring in the Nacional.

Hernán “La Tota” Medina moved his bench to try and find the equalizer and brought on Eddie Hernández and Ángel Tejeda, who were looking to make their debut in this championship.

Vida was able to settle the game in the 70th minute, after a corner kick, where Henry Figueroa headed and Licona got the ball on the goal line.

Composure came to Nacional after 85 minutes, after a cross by Juan Ángel Delgado, Walter Martínez converted it and Eddie Hernández controlled it and defined it with class to beat Pipo López.

The eagles lifted their change in a sigh and it was through Ángel Tejeda, who took advantage of a cross by Walter Martínez and beat López without thinking twice.

When everything seemed to suggest that Motagua would take the three points from Nacional, Rafael Agámez appeared with a goal from another planet, finishing from long range and sending the ball into the corner, something impossible for Marlon Licona.

In this way, the game ended 2-2 and Motagua extended its streak to 12 games without losing by playing at home in the National Stadium.