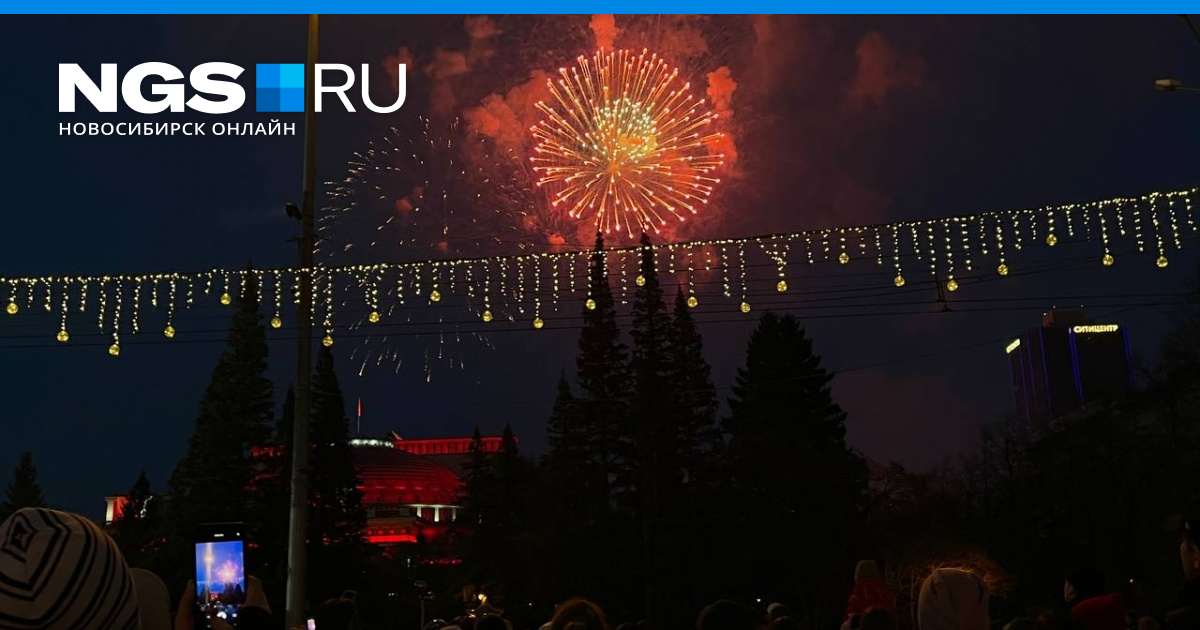 – Comrades Novosibirsk, youth! Dear veterans! Today, the city of Novosibirsk, the city of Labor Valor, together with the whole country, celebrates the greatest, most important holiday in our country – Victory Day. Victory Day of the Soviet people, the Red Army in the Great Patriotic War. This victory came at a high price. The war lasted for 4 long years. And our Siberian warriors also made a significant contribution to the achievement of the Victory. More than 600 thousand inhabitants of the Novosibirsk region went to the front, 200 thousand did not return from the battlefields. Siberian warriors in the ranks of the Red Army defended Moscow, defended Stalingrad, battles were fought on the Kursk Bulge. They liberated Ukraine, crossed the Dnieper. They liberated Kyiv, took Konigsberg and Berlin! Siberian warrior – this title sounded proudly. Just like a warrior guard.

But Siberians glorified themselves not only on the battlefields. Here, in the rear, in Novosibirsk, there was a center where the weapons of Victory were forged. Many enterprises and labor collectives from the occupied territories of the Soviet Union were evacuated here. Enterprises from Leningrad were located here … From the Moscow region, from Krasnogorsk, the famous optical factory, the Lenin factory, which produced special products – accurate sights. An aviation plant was evacuated from Kyiv, two shoe factories, which here, in Novosibirsk, turned into the famous KORS. Treasures and valuables from the museums of Kharkov, Kyiv, and the city of Sumy were also evacuated here to us, to Novosibirsk. From Sevastopol – the famous panorama “Defense of Sevastopol” was the first restoration here, in our opera house.

And all this after the war was returned to Ukraine in integrity and safety. And today, when our fighters are helping the Ukrainian people to free themselves from neo-Nazism that has seized the territory of Ukraine, words of congratulations in honor of our holiday, Victory Day, sound with a special sound. Europe forgot the lessons of the Second World War and united again, organized a new campaign against us, against our Russia. And again words are heard in defense of our land, our country. And we will remember today the words of the Supreme Commander-in-Chief: “Our cause is just, the enemy will be defeated, Victory will be ours.”

“I wanted to thank you for coming to such a rally of many thousands on Victory Day. Then I thought that gratitude was useless. For us, this is not some kind of obligation, it’s like a necessity, it’s like an internal push – May 9 there can be no business for us. Only jointly remember the feat of our grandfathers and great-grandfathers and share the joy of the anniversary of that long-awaited for them conquered holiday – May 9 [1945VictoryDayThiscannotbeunderstoodbyourenemiesTheyarestilltryingtoerasethismemoryfromourmindsfromoursoulsAndIwanttosay:calmdownalreadyretreatThiswillneverhappenThisisthememoryofourpeopleforcenturiesThankyougenerationofwinnersThanksforthepreciousgenepoolForthebrightskyaboveyourheadforfreedomandalsothanksfortheresilienceandunitythatmanifestsitselfinthemaximumformeveryyearMay 9, attracting thousands and thousands of people to the festive events dedicated to the Victory Day. For, as our president said, the exclusive right of the Russian people to live as they see fit. Do what he thinks is right. Thanks, thanks to them – grandfathers, great-grandfathers – for this holiday. For this holiday, which every year strengthens us, unites us, makes us more confident that we are right. Dear Novosibirsk, Happy Victory Day, Happy Great Victory Day!