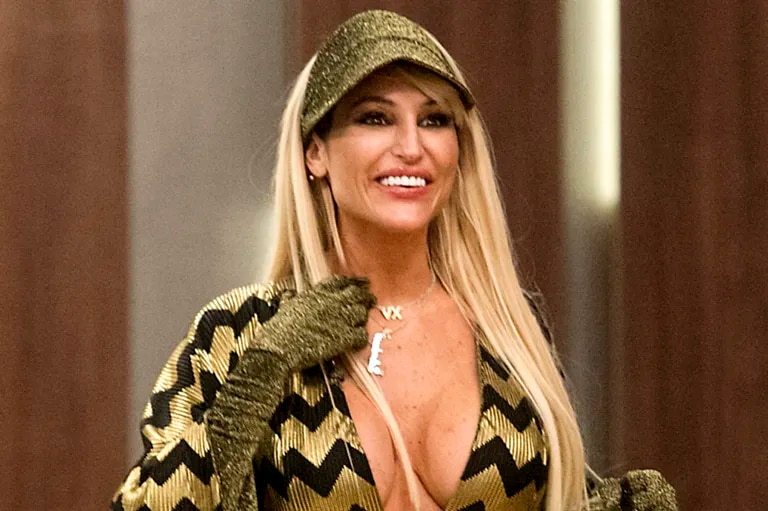 Vicky Xipolitakis was encouraged to a daring change of look and surprised her followers: “Chau pelo”

Vicky Xipolitakis She became a TV audience favorite not only because of her fun personality, but because of her excellent style. Through her extravagant looks, it can be seen that she fully enjoys playing with fashion and, in turn, that she is not afraid to push boundaries.

Brightness, powerful colours, body-hugging garments and eye-catching accessories are some of the essential aspects of their outfits. But maybe, One of the characteristics that most define her is her long blonde hair. Nevertheless, days ago he was encouraged to undergo a big change and surprised with a new haircut.

The panelist from Cut by Lozano (Telefe) not only managed to earn a place in the world of television and modeling, but she is also an expert in the use of social networks. Thanks to her skills influencer managed to accumulate just under 2 million followers with whom he maintains a flow back and forth.

It is through Instagram that she shares photos of her looks, work news, tender family postcards with her son Salvador -fruit of her relationship with businessman Javier Naselli- and, also, details of her daily life. On this occasion, she decided to share with her fans a series of images where She showed off her unexpected change of look very proud.

After managing to find a place for himself in his busy schedule -loaded with commitments not only on television but also with theatrical shows of Cobra K – He was able to pass through the living room. fresh out, He starred in a stunning photo session where he not only showed off his new hair but also posed with a striking sports team.

See also  New photos from the shooting of 'Barbie'

This consisted of a black tights accompanied by a shirt to the body of the same color. On top, he wore fuchsia sports mini shorts and a vest similar to the bibs worn by American football players.

As for his already iconic blonde hair, She opted to take out all her extensions and wear a shoulder-length cut styled in voluminous rollers. Contrary to other platinum women who chose to return to dark brown -such as Lali Espósito or Sol Pérez-, Vicky preferred to maintain the usual tone.

“I premiered a change of look, do you like it? Bye extensions, bye hair”, she wrote excitedly by way of description. In turn, she took the opportunity to thank the great team of stylists who helped her and dedicated a special mention to her hairdresser, the colorist and the person in charge of her makeup.

The publication quickly exceeded thousands of likes and the comments section was filled with congratulations, applause, emojis and messages of admiration for the unexpected change.

Among the thousands of fans who took the time to express their love for him, several dedications from colleagues were also read. Some of them were Verónica Lozano -with whom she shares long hours of work in the Telefe studio-, Virginia Gallardo, Belén Francese and, of course, his brother Nicolás.