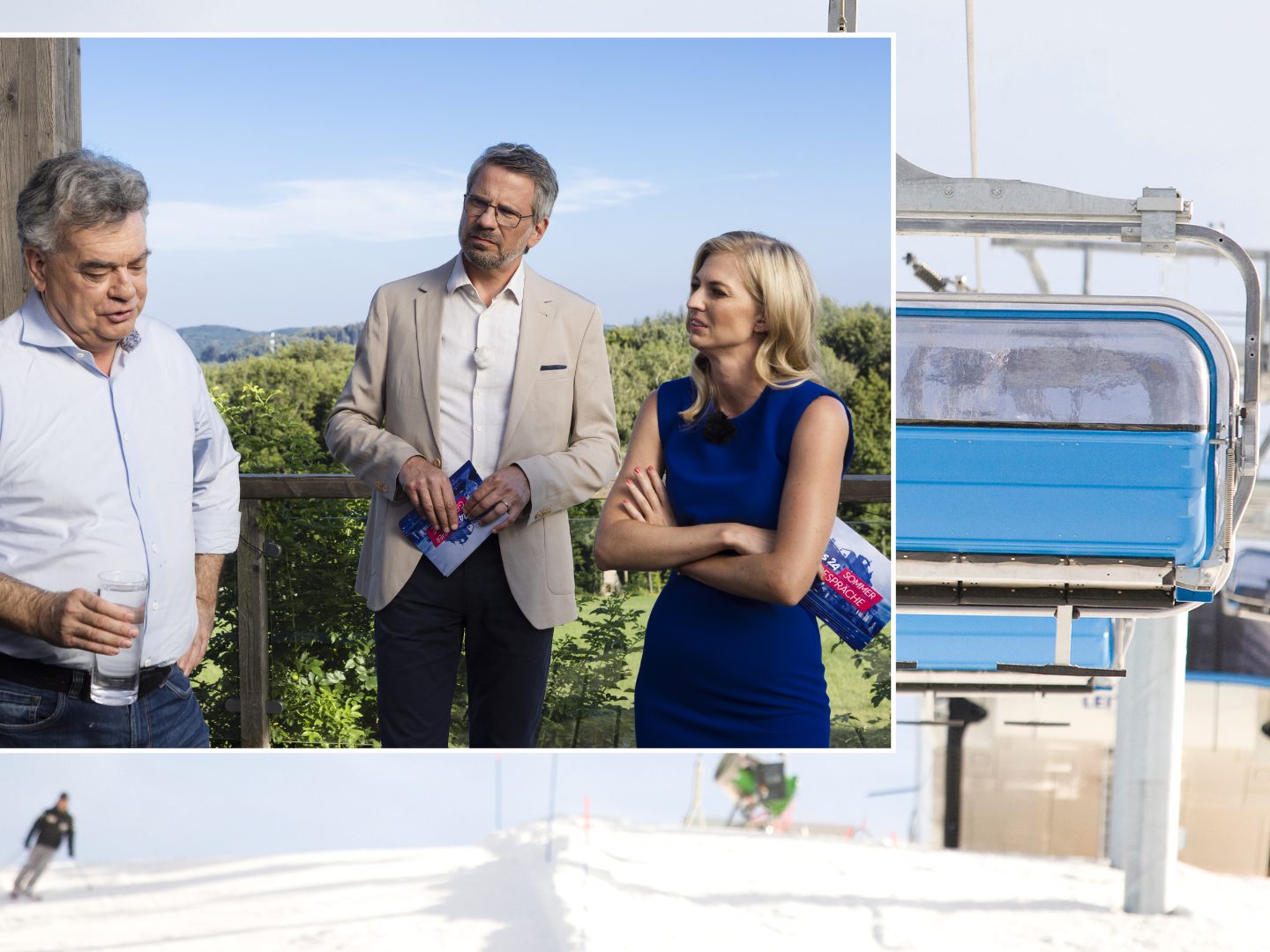 In the Puls 24 summer talks, Greens leader Werner Kogler is sticking to an introduction in October, despite advances from parts of the ÖVP to postpone the CO2 tax.

“The law is there and I assume that it will come into force,” he emphasized in the interview. After all, it would be a shame for people if the climate bonus – this time a uniform 250 euros plus 250 euros for inflation compensation – were not paid out.

Because: “If we were to do without CO2 pricing, there would also be no climate bonus.” This brings about a redistribution from top to bottom, because households with lower incomes generally use less energy, but receive the same climate bonus as households with more energy consumption. In addition, CO2 pricing provides an incentive to save energy.

No end to Russia sanctions

Kogler rejected calls for an end to the sanctions against Russia in view of the current inflation, with reference to the war crimes in the Ukraine war. Russia’s President Vladimir Putin should be “stuck in the arm” and the sanctions would very well hit Russia, and more severely than the EU. The sanctions are not the only reason for inflation in Europe, but the lower deliveries of Russian gas, the ban on grain exports and general supply bottlenecks in the wake of the corona pandemic.

Should Putin actually stop gas supplies completely, “then we have a difficult perspective, everyone must be aware of that.” Currently, despite reduced deliveries, enough has still been stored on average for the next six to seven months. By October, the storage level should also reach 80 percent, which corresponds to the need for nine to ten months. “It could work, but nothing is certain.” In any case, the negative consequences for value creation and jobs could exceed those of the corona pandemic.

Against fracking in Lower Austria

He was “very reluctant, not to say dismissive,” about ideas for tapping into gas deposits in Lower Austria through fracking. In order to end dependence on a “warmonger and de facto war criminal”, short-term pragmatic solutions are needed, some of which are also painful. However, it would take seven to ten years for the fracking gas to be usable, and in the medium term the focus must be on an energy transition. Fracking would go against that.

According to Kogler, the government is already well prepared for gas bottlenecks in winter: There is already a multi-stage energy control plan for when what would have to be switched off in the event of gas bottlenecks. An emergency is given when there has been no gas flow at all for a long time: In view of the gas supply that would then explode, certain companies would voluntarily no longer produce and they would then have to offer this gas to those who still want to buy it and those would be those who are in the value chain are at the top. If that is not enough, the largest industrial companies would be informed of delivery reductions. Areas that also supply district heating, such as Voest, would continue.

Certain things, such as the energy-intensive heating pads for winter pavement cafés, would have to be avoided in an emergency. However, like other scenarios such as a “light curfew” to restrict business lighting at night or an end to gondola operation, it depends on how tight it gets. E-Control and the Energy Control Advisory Board decide on the priorities. “If this happens, I, as Minister of Sport, have to realize that it is a dramatic situation.” Decisive for the extent of interventions is the question of when the bottleneck occurs, how full the storage facilities are and how much gas still comes from the diversified sources.

There is currently no majority for 100 km/h on the motorways. “But if it becomes apparent that diesel or gasoline bottlenecks could occur, this instrument will have to be drawn.” The climate protection minister could also implement this with a referral to the main committee of the National Council, with a corresponding scarcity a majority can also be expected.

In view of the continued high fuel costs despite the drop in crude oil prices, Kogler has submitted a statement of facts to the Federal Competition Authority, and a result is still pending. In addition, there are preparations to tax the excess profits of the corporations higher.

According to Kogler, it has not yet been decided who will lead the Greens in the next National Council election planned for 2024. There is a strong government team and many strong people at the top in the federal states. He himself has not yet decided, in any case he will remain at the top of the party until 2025.

Werner Kogler in the Wordrap