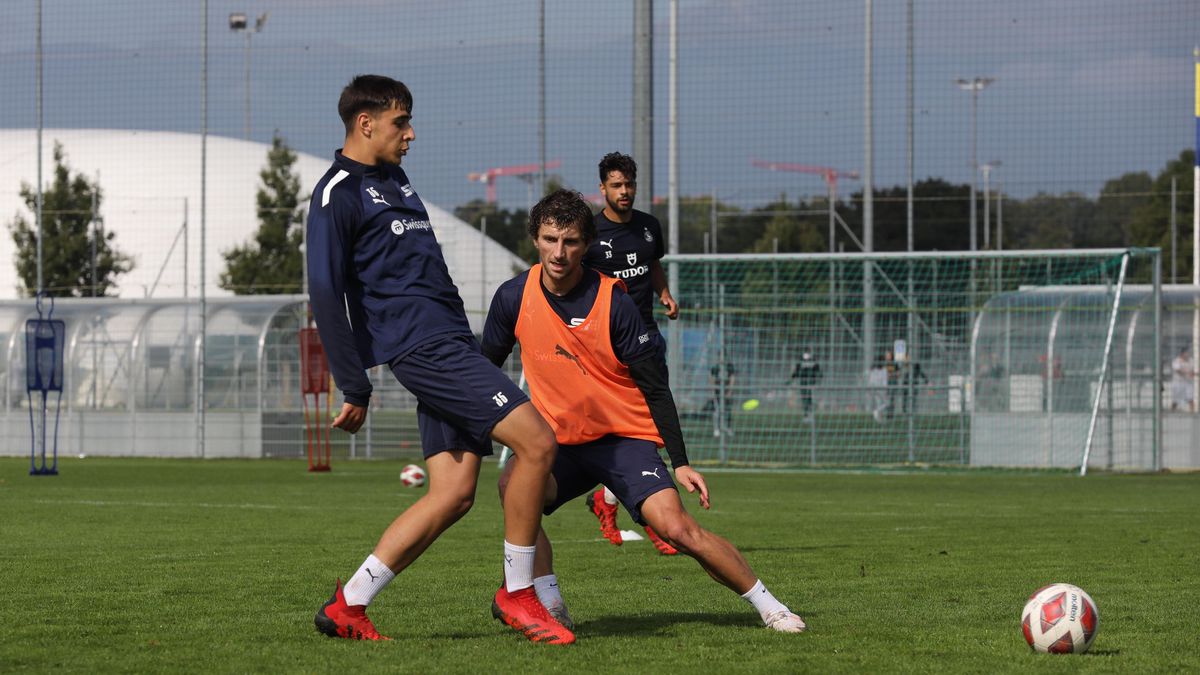 Without a fixed address, the 1st Garnet team should train in the future at Vessy. Land will be built “without touching the trees”, pending a final solution elsewhere.

Servet’s Super League players are used to moving around a lot even before training. Sessions take place in La Praille, Balexert, others in Plan-les-Ouates, or elsewhere, “and not always on suitable land”, according to the club president, Pascal Besnard. “Such conditions are unacceptable, hammered Socialist State Councilor Thierry Apothéloz, in charge of cantonal sport. Servette is a story, a track record and big names in football. Within three years, however, garnet transhumance should come to an end.

Monday, Canton and City of Geneva signed an agreement which will allow the first team of the club to have at the sports center of Vessy a training area which will be entirely reserved for it, for a decade. The solution is indeed temporary, the time to have a real center which will also include the Geneva football academy. A project is taking shape Vernierwithin ten to twelve years.

In 2025, the SFC should therefore benefit from a reserved grass field in Vessy. And this, without prejudice to the twenty or so resident clubs and the many amateur players, assured the mayor of Geneva, Marie Barbey-Chpuis: “Two synthetic surfaces of the latest generation (editor’s note: a 3rd is planned, but later) will be built in parallel with the future site devoted to Servette. This will increase the use of land for local teams and the population by 60 hours per week.” Cost of the work: 8 million francs, fully paid by the Canton.

The plans do not call for any felling. “We will not touch a single tree”, promised the authorities. They also do not include any additional building or extension of the perimeter of the sports centre. In addition, an environmental pre-study was carried out: it revealed nothing problematic, according to the public authorities. An information session with associations and residents has been scheduled for Monday evening.