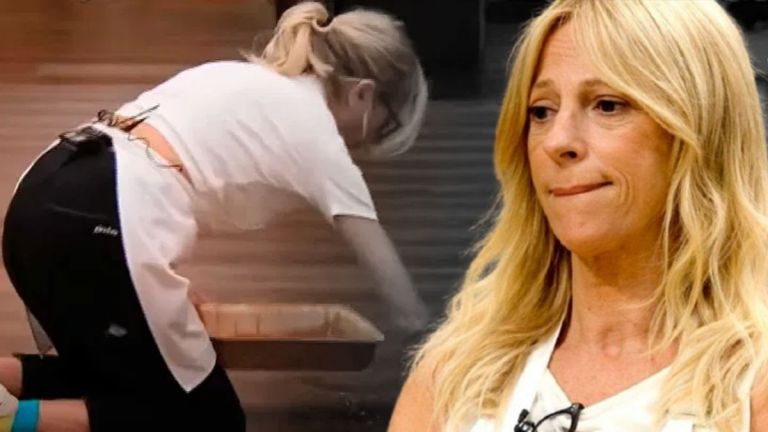 After the scandal that Claudia Fontán starred in this week MasterChef Celebrity, the Telefe culinary reality jury decided to sanction her harshly for having used a preparation that was spilled on the floor at the gala on Tuesday.

The cameras had captured the moment in which the actress made the mistake, but she was in charge of denying it outright, something that of course further aggravated the situation. In this way, the Gunda will have to go every Sunday of elimination until it is out or reaches the final.

Despite being sorry for what happened, indoors the situation would be different. Apparently she would be furious at the judges’ decision. It was in Intruders where they told details.

As revealed by Adrián Pallares, the actress would have fired a controversial phrase against Germán Martitegui. “The sentence that just happened to me, what I would have said is: ‘A restaurant was closed to Martitegui for rats and they sanctioned me for lifting a little candy from the floor,'” shot one of the hosts of the gossip program.

After the controversial words, from Paparazzi they reported that the fact to which the competitor alludes is about the local Olsen. At that time, Martitegui clarified that he was no longer part of the company and that he only owns Tegui. In fact, he planned to open another restaurant but the pandemic postponed his intentions.