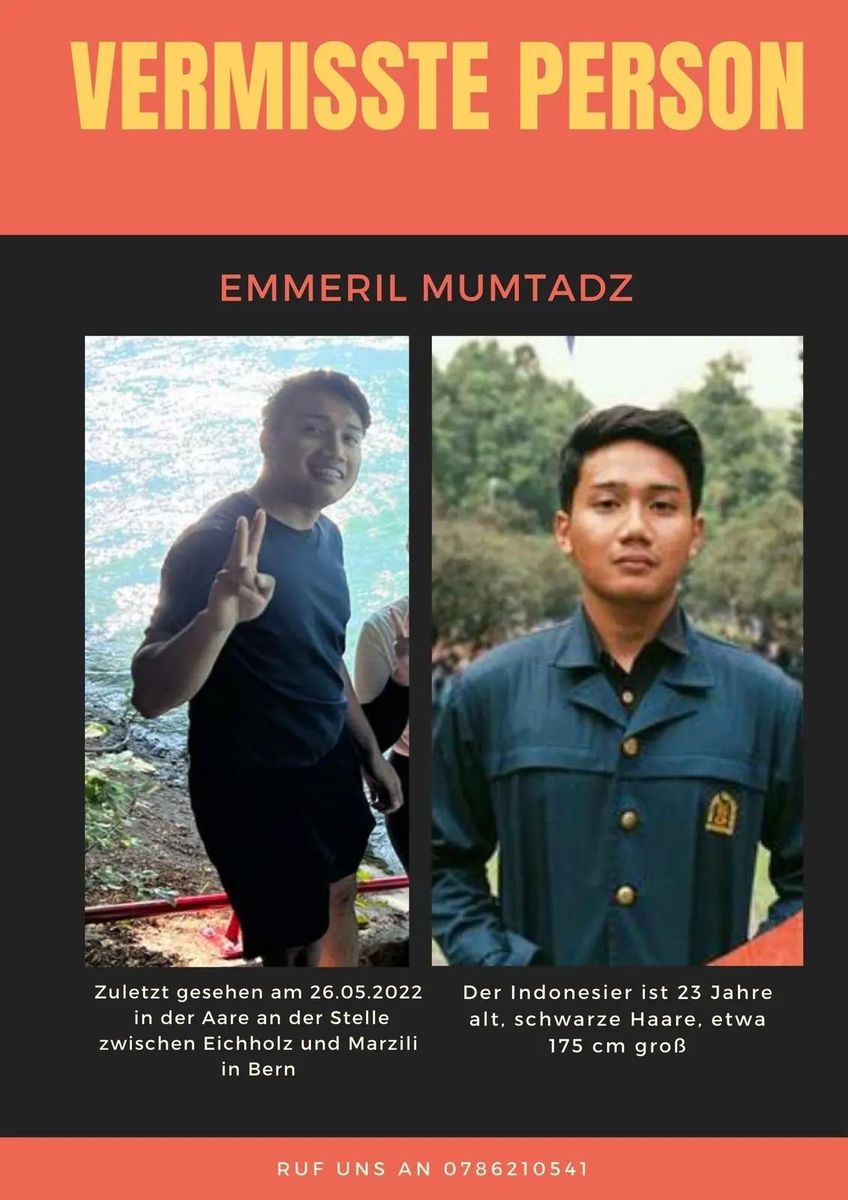 The son of Indonesian governor and presidential candidate Ridwan Kamil has been missing since Thursday morning. Because he disappeared while swimming in the Aare, the river is now getting hundreds of negative reviews on Google.

Of the 23-year-old Emmeril Mumtadz has been missing in the Bern area since Thursday morning. As reported by the Bern canton police, a report was received shortly after 9.45 a.m. on Thursday about three people swimming in the Aare who were in trouble. According to a Kapo spokesman, two young women were rescued from the water by local people, but since then there has been no trace of the third person. An intensive search from the area between Eichholz and Marzili, which is still ongoing, has so far been unsuccessful. Various Indonesian media are now also reporting on the disappearance of the politician’s son.

“The river must be closed”

Countless Indonesians have now resorted to the Google reviews function to express their concern for Emmeril Mumtadz. When looking at the ratings, it is noticeable that many of the reviews recently left give the Swiss river only one star, they almost exclusively come from accounts with Indonesian names. Many describe the river as dangerous, some call for the river to be closed due to the strong current that prevails in some parts of the Aare and most likely was fatal to Mumtadz.

But there are also voices that call on the angry crowd not to judge the security situation in a country where they themselves have never been. Various new five-star ratings can also be found, some ashamed of their country because of the campaign against the river. Still others seem to want to take a political stance with their assessment.

Emmeril Mumtadz is 23 years old, black hair, about 175 cm tall, wearing a blue shirt and black shorts. He was traveling in Switzerland as a tourist. The Indonesian embassy has asked anyone who finds the man to call her on 0786210541.