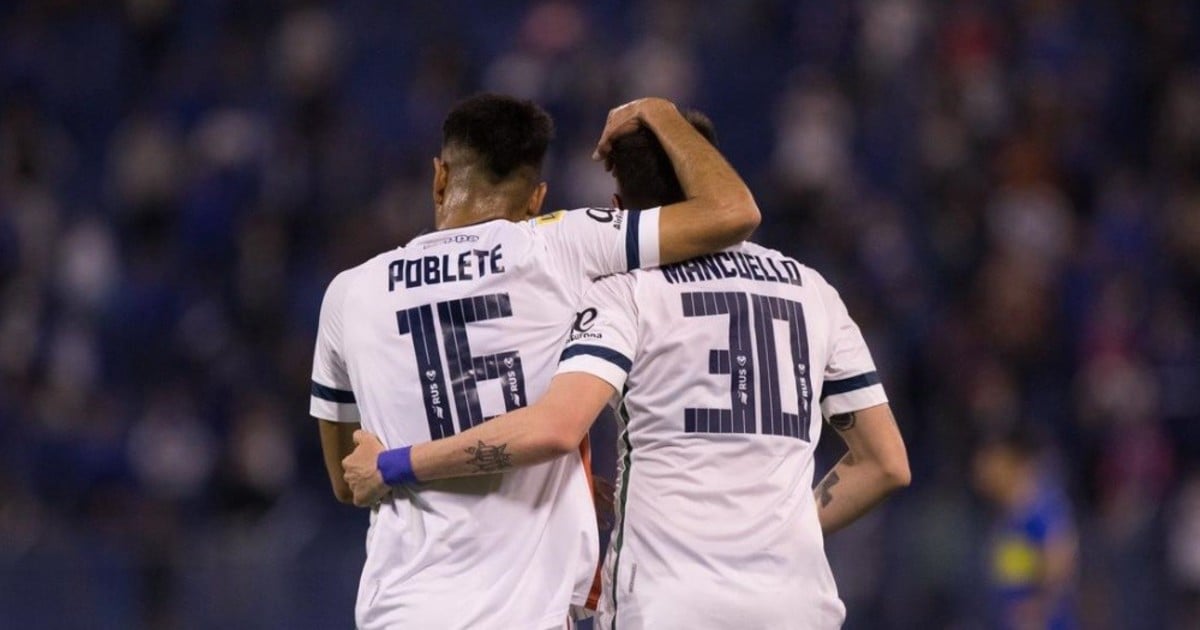 versions crossed by the noisy exits of Mancuello and Poblete

Vélez does not end the year in the best way. Despite having rounded up a good 2021 from the sporting point of view, both Gerónimo Poblete and Federico Mancuello decided not to renew their ties and Fortín lost two important pieces, with the obligation to rearm for 2022 with triple competence.

Aboth departures were turbulent. The reason? In the case of the former Independiente, who already signed his contract with the Mexican Puebla, the versions of each of the parties contradict each other. In relation to Poblete, who will play for Metalist Ukraine, there is a lot of anger from Liniers. Then in Ole We tell you the background.

In the middle of last year the left-hander returned -in free condition- to the country to sign his contract with the blue V for a year and a half. It included two purchase options for 50% of the pass which, logically, belonged to the player. The first, due in June 2021, for 1.8 million dollars. And the second, to December of the same year, for 2 million of the same currency.

Until then, no controversy. In fact, Mancu’s performance went from lowest to highest and ended up being one of the highest points of Mauricio Pellegrino’s team, with whom he played 60 games, scored 6 goals and distributed 9 assists.

As Christian Bassedas and Sergio Rapisarda stated on several occasions, from Velez they had intentions to renew their bond. The footballer himself, at the time, also expressed his desire to continue, but clarified that it would only continue in case “options are respected”. And that is precisely where the conflict lies.

See also  “We are afraid to go out, we are like prisoners in our own house”

On the one hand, The footballer’s environment assures that the fortinera leadership promised Mancuello to buy his pass once the loan was completed, something that, obviously, did not happen. In addition, it transpired that the player was willing to lower his financial claims and, beyond the clause, negotiate a new amount.

In counterpart, The Fortín board of directors assured Olé that this promise never existed. That the purchase option was established as a possibility, but that the club never made a commitment to pay it, neither in June nor in December. What’s more, He acknowledged that Vélez offered the footballer to extend his contract for two more years.

In any case, reality indicates that the midfielder will continue his career in Mexico, where It has already been announced as an incorporation.

THE POBLETE ATTITUDE THAT MADE THE CD ANGRY

The former Colón’s situation has little to do with Mancuello’s. He arrived in Liniers in February 2021 and signed, also free, for a year, with a purchase option of 1.3 million dollars for 100% of the pass.​

In early December, both parties acknowledged being close to an agreement to extend the midfielder’s contract (a new loan). Weeks later, both the board of directors and the player’s environment spoke of an “oral agreement”. What happened in between?

The CD del Fortín told this newspaper that “Poblete shook hands with Bassedas when the agreement was complete”. However, 48 hours later the footballer -through his representative- communicated again with the club to ask for more money and, although from Vélez they accepted the claims, asked to postpone the signature for a few days.

In that interim, the proposal of the team that plays in the Second Division of Ukraine fell and the 28-year-old central midfielder decided to pack the bags.

Not a minor fact, something similar had happened before Poblete put on the blue V. “The Poblete thing was already done. We count it for Independent. Now I’m going to talk to him because it seems that Vélez got in the way, “Julio César Falcioni said at the time, showing that the footballer left Red to join the Fort.

THE STATEMENTS OF CHRISTIAN BASSEDAS

“I want to clarify that the election of Mancuello and Poblete is an economic question, it is a lie that we do not offer. With Poblete we had reached an agreement,” declared the sports director in dialogue with Vélez and Su Mundo.​