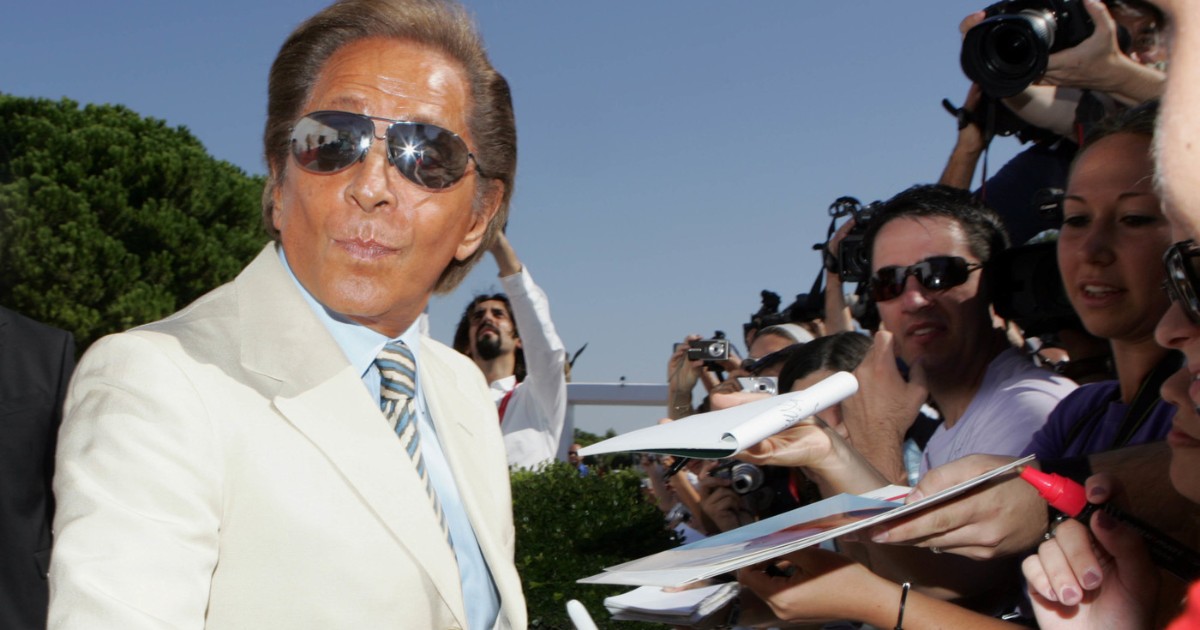 Valentino Garavani turns 90, Pierpaolo Piccioli talks about the “Last Emperor” of fashion: “When I talk about him, I also talk about me”

“It’s been 22 years since I set foot here in Palazzo Mignanelli, together with Maria Grazia Chiuri, to design the accessories of the maison: for eight years I worked with Valentino and Giancarlo Giammetti, then in team with Maria Grazia, then alone. My story largely coincides with that of him: for me he is not only the founder, the Emperor of fashion, the legend known by all, but a part of me “. Pierpaolo Piccioli does not often speak of his teacher, or rather, he does it not in words, but rather with the language of fashion; with his creations that have the honor and the burden of perpetuating the legacy of in the world Valentino Garavani. Now, however, on the occasion of the 90th birthday of the designer consecrated to history as the “Last Emperor” of FashionPiccioli dedicated a heartfelt writing to him published on the pages of the latest issue of “D – The Republic“. A text in which the creative director of Maison Valentino traces the intertwining of his personal history with that of the “tailor of Voghera”, in the century Valentino Clemente Ludovico Garavaniwho turns 90 today, May 11.

“When I talk about Valentino, I also talk about me. I met Valentino through the images of photographers and the pages of magazines, standing in the crowd in via Condotti to watch his fashion shows at Donna sotto le Stelle, trying to catch Dalma and Pat Cleveland on the catwalk – says Piccioli -. I saw my first haute couture dress up close when I arrived here, and this is exactly why I always dreamed of working for either Yves Saint Laurent or Valentino Garavani: they were the last, true couturiers, and I wanted to learn from them “. And if Saint Laurent has made black its color par excellence, Valentino Garavani has consecrated red forever, the red Valentino, making it a symbol of elegance, refinement, exclusivity, luxury and magic. Legend has it that the designer fell in love with him during a trip to Spain, in Barcelona, ​​when he was still only an apprentice in Jean Dessès’ Parisian atelier. Before him, Christian Dior had already tried, in 1947, to bring that color to the catwalk but had been forced to give up, because at the time it was still considered vulgar, too brash, absolutely not suitable for a “lady”. In the sixties, however, times had changed, the woman was no longer just a wife or lover, she was a film diva or a charismatic muse like Jackie Onassis, perfect models to embody the ideal of absolute beauty that Valentino pursued with his clothes. He lived and worked between two eras, the last exponent of that sublimated high fashion typical of the first half of the twentieth century that he was able to bring together in a new haute couture that was aimed at modern men and women, making the world discover existence of what we call today “Made in Italy”a knowledge made of a unique creative flair combined with a centuries-old traditional craftsmanship.

“I would never make a dress with a collar the same as the one he created for his sister, in deference to his work: for me the real homage is that done without reverence, respecting his spirit – Pierpaolo Piccioli again writes in his stream of consciousness on the pages of ‘D’ -. And Valentino’s aim has always been to find absolute beauty, regardless of what surrounds him. On the other hand, I can’t help absorbing what’s around me, but I’ve learned to translate it into beauty. And beauty must respect contemporary canons, which is what I am doing here today: I do not betray his research, but I modify its parameters “. Of course, from her monsieur Valentino she had the privilege of being able to dress practically all the greatest style icons of the twentieth century, models, New York socialites, First Lady and stage leading ladies, who vied for her attentions, influencing her style and contributing to feed the myth of his fashion. And his ego. The images depicting him in a tuxedo and white scarf on his arm of his icons, dto Diana Vreeland to Jaqueline Onassis to Sophia Loren fine to Naomi Campbell and Gisele Bündchen are now history.

“What I loved most about working with him was being able to know the human value of fashion. Let’s be clear, Valentino knows how to strike when he wants, but he does it with an innocence without malice. Once he was furious because the bags were stuck in the snow on the way to Paris, and therefore he would not be able to see them in advance before the show: ‘No problem, as soon as they arrive I throw them out of the window on Place Vendôme’, he repeated. Then, when he saw them, he showed them off, without batting an eye. He liked them “, remembers Piccioli, who worked arm in arm with him for ten years, until 4 September 2007. The date on which Valentino Garavani said his goodbye to fashion, with a fashion show-event that went down in history and three days of exclusive celebrations in his Rome between a thousand and one night parties and celebrities from all over the world. The same ones who had loved and followed him in his 47-year career and who was then the beloved companion and trusted partner Giancarlo Giammetti who had to manage in their crazy star whims. Now, due to this pandemic that has revolutionized approaches to sociality, there is no pharaonic festival or masked ball in its French chateau scheduled for the 90th anniversary of Valentino Garavani, just an intimate party with workmates and friends of all time, in his estate on the Appia Antica, in the capital. Even though we know he never reads articles about him, “I was doing it for both of us”Revealed Giammetti a Republic, punctual protector of the magic bubble in which the designer has always lived, we would like to send him our most authentic wishes. Happy birthday mr. Valentine!