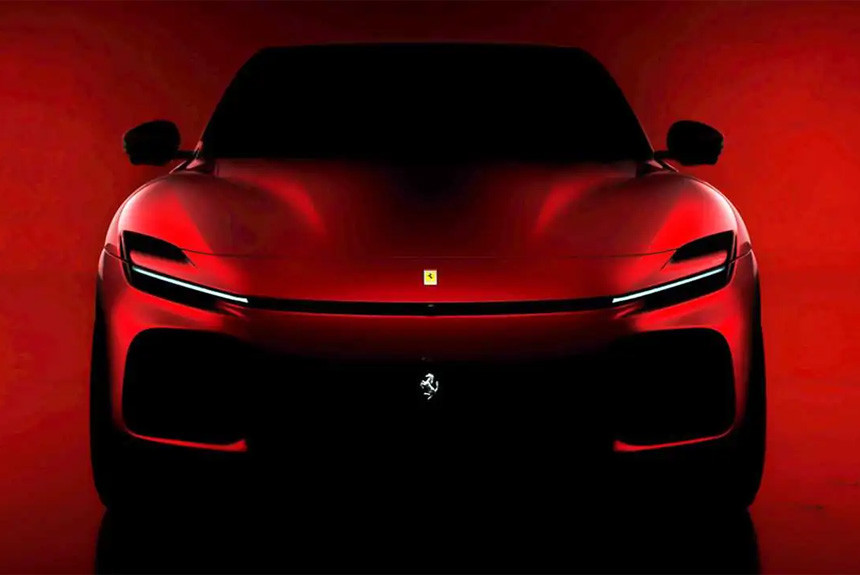 Ferrari has unveiled its development strategy for the next five years. According to the plan, 15 new models will be presented by the end of 2026, although this number includes varieties of the same cars with different body types and power plants. But among these fifteen cars there will be three really important cars for the company.

Already in September of this year, the debut of the Ferrari Purosangue crossover (shown in the teaser) will take place, which has repeatedly fallen into the lenses of photo spies. It has been officially confirmed that the company’s first SUV will be equipped with a V12 petrol engine. And it is also stated that this model will account for no more than 20% of sales: even with a crossover, Ferrari will not chase new records in sales volumes, while maintaining exclusivity in principle. Judging by how successful crossovers from other luxury brands have been, the queue for the Purosangue model will stretch for several years.

In the period up to 2026, a new flagship supercar will appear, which will continue the work of the Ferrari F40, F50, Enzo and LaFerrari models. The exact date of the debut has not been named, but the company clarified that cars of the most expensive Icona and Supercar series will account for less than 5% of sales, and about 10% for Special Series models.

The debut of the first production electric car Ferrari is scheduled for 2025. Moreover, the development of this machine is carried out entirely on its own, and electric motors and traction batteries for it will be made independently at the head office in Maranello. However, even in the long term, Ferrari will not abandon internal combustion engines. According to the plan, in 2026, purely gasoline models will account for 40% of sales, and 60% will be occupied by hybrids and electric vehicles. By 2030, the share of gasoline cars will be 20%, while hybrids and electric vehicles will account for 40% each.

Supercars from Maranello will also have an autopilot, but the simplest one is the maximum of the “extended” second level out of five possible. Such a system is useful for monotonous driving, but the developers will not deprive the driver of the opportunity to fully control Ferrari supercars. Finally, the five-year plan is to improve financial well-being while maintaining margins at 38%. If in 2021 the total income of Ferrari amounted to 4.27 billion euros, then in 2026 it should grow to 6.7 billion euros.