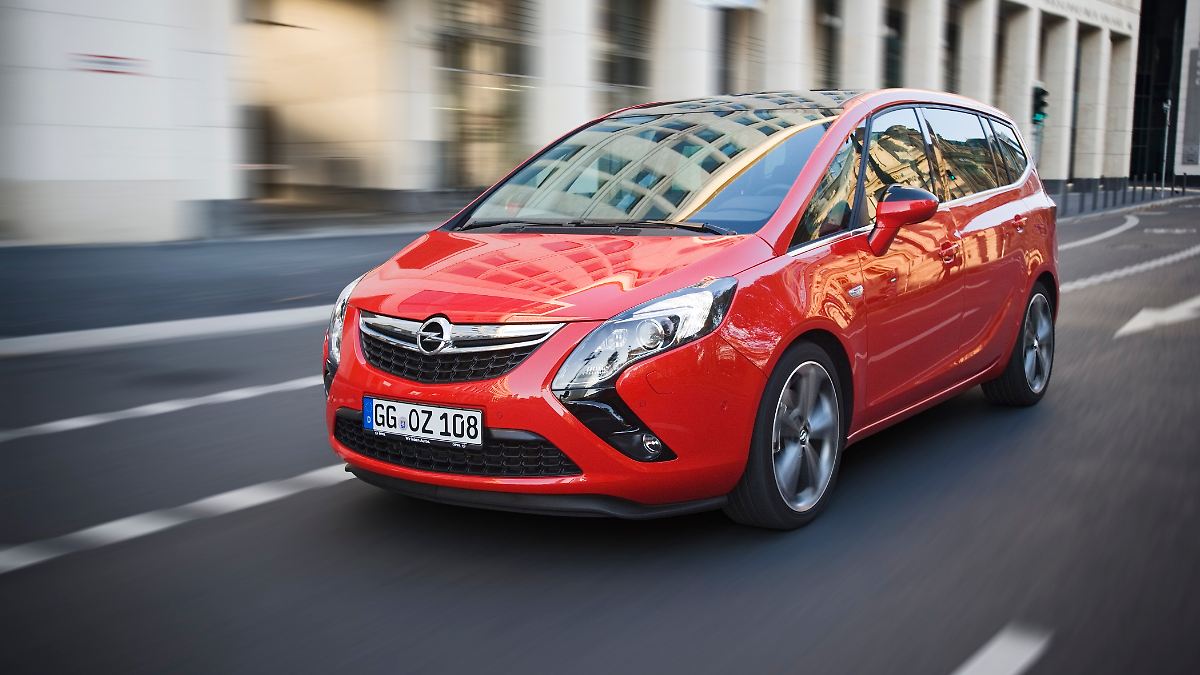 Vans are practical vehicles. The Opel Zafira (C), the last generation created under General Motors, belongs to this genus – and all that in terms of practical application.

Since 1999, Opel has offered a van called the Zafira. Over time and over four generations, it evolved from a compact vehicle that was only 4.31 meters long (Zafira A) to a large sedan (Zafira D) with a length of up to 5.31 meters. The third generation (Zafira C) was offered from 2012 to 2019; it is the last one created under GM as the owner of the Rüsselsheimer. It still offers the flexible seven-seat seating system – at least if the first owner cared.

With a length of 4.67 meters, the third generation Zafira was almost 20 centimeters longer than its predecessor. Visually, it was sportier than the previous generation. The interior offers many shelves. The center console, which is subject to a surcharge and is arranged on three levels and can be moved within the levels, is practical. The models revised in 2016 – they do without the “Tourer” suffix used until then – have a modified instrument panel and a 7-inch touch screen and therefore have a reduced number of control buttons. Externally, the facelift models can be recognized by modified lights.

For many buyers, the Zafira’s most important criterion was and is its seat flexibility. However, those interested in used cars should make sure that the Flex7 system is on board with the C. Unlike before, it is no longer installed by default. Only the higher trim levels came with it from the factory. Seats six and seven were also available for an extra charge.

The individual seats in the second and optional third rows can be easily folded down or hidden in the luggage compartment floor when not in use. Depending on the basic equipment, the luggage capacity is between 710 and 1860 liters (five seats) or 152 to 1792 liters (seven seats). Those who value comfort in the second row should pay attention to the lounge package. It had to be used in conjunction with the highest equipment level Innovation. Here, the middle seat can be converted into an armrest for the two outer seats. The outer seats can also be moved lengthwise by 28 centimeters and sideways by 5 centimeters.

In addition to petrol and diesel, natural gas and liquefied gas engines were also available. The base version offered until 2015, a 1.8-liter naturally aspirated engine with 115 hp, should be for drivers with a lot of patience and willingness to use the manual transmission. The petrol engines above the 1.8-litre naturally aspirated have more bite, a 1.4-litre turbo with 120hp and 140hp. They mobilize 200 Nm each, can reach speeds of up to 200 km/h (140 hp) and consume on average between 6.1 and 6.7 litres. In addition, 1.6-liter turbo units were used, producing 136 hp, 170 hp and the top engine 200 hp. The standard consumption varies between 6.6 and 8.5 liters, with the 136 hp and 170 hp turbo the thirstiest engines. As an alternative to pure petrol engines, Opel also had a natural gas version with 110 kW/150 hp and an LPG version with 103 kW/140 hp in its range.

The diesel range with 1.6 and 2.0 liter engines is also extensive. The performance range extends from 110 hp to 195 hp. However, the latter was only offered for approximately 1.5 years between the beginning of 2014 and the end of 2015.

Power is transmitted through a six-speed manual transmission. A six-speed automatic gearbox could be ordered as an option for the petrol engines with 136, 140 and 170 hp and for the diesels with 130 hp, 165 hp and 170 hp, or was standard as with the 130 hp unit.

The Zafira was presented in the classic Opel equipment lines Selection, Edition and Innovation. The “Family” models advertised in the online portals with the build year 2012, on the other hand, are second-generation vehicles that are still in production. Many first-time buyers chose the middle comfort line “Edition”, which has the most important features such as air conditioning on board. In addition to some driving assistants such as a blind spot warning, traffic sign recognition and adaptive cruise control, a large panoramic windshield, ergonomic seats and the adaptive chassis “FlexRide” with electronic damper control and three driving modes were available for an extra charge. As an option, Opel offered the “FlexFix” bicycle carrier for up to four bicycles.

Compared to the second generation, the third performs significantly better in the main TÜV inspections. However, the TÜV inspectors register many problems with oil loss. Those interested in a used car should therefore check the parking lot for the chosen model and/or have it inspected by a professional. Otherwise, there may be a risk of expensive repairs. The brake discs also deserve a little extra attention, they wear quite quickly. The springs on older Zafira vehicles are also not free from defects.

Closure: The Zafira C has an easy-to-use and variable seating system and offers plenty of space for passengers and luggage. You need to invest at least 6000 euros for an older vehicle.