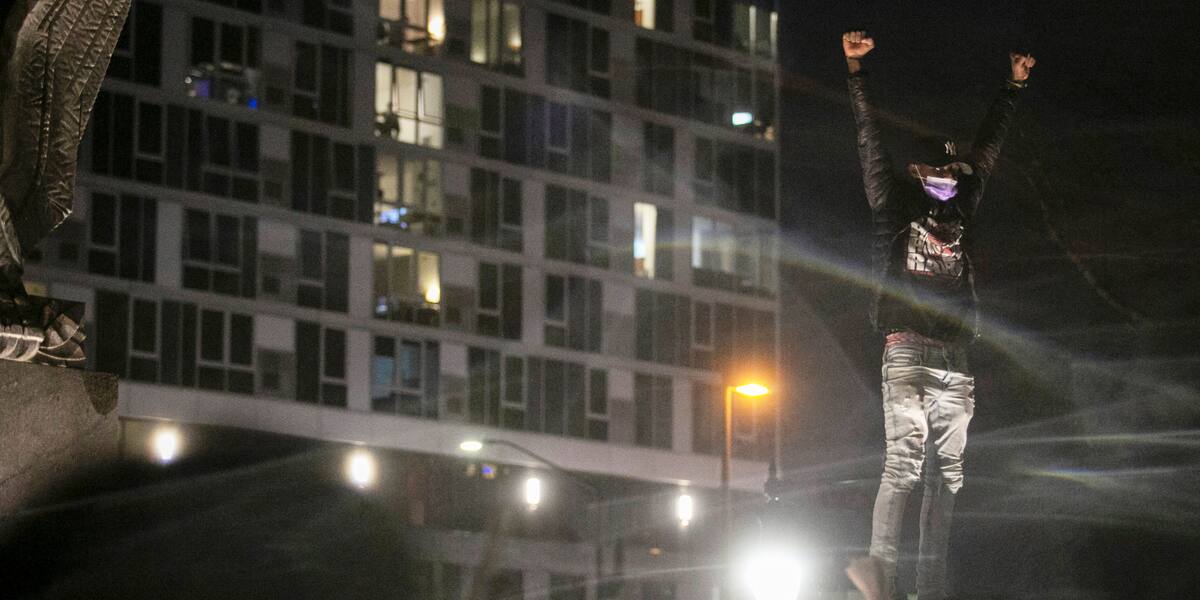 In the center of the city of 200,000, dozens of demonstrators gathered on Wednesday evening (local time) with banners that read “Black Lives Matter” (the lives of black people count). Some of the protesters shouted, “No justice, no peace.”

Michigan: US police show videos of the police operation

Grand Rapids police earlier released four videos at a news conference of an April 4 police operation that killed 26-year-old African American man Patrick Lyoya. One of the videos showed a white police officer lying on Lyoya’s back and apparently shooting the young man in the head. The shot was apparently preceded by a fight between the two men over the police officer’s stun gun.

Grand Rapids Police Chief Eric Winstrom called it a “tragedy.” “The loss of a life is sad under any circumstance and I know it will have an impact on our city,” he said. The police officer who fired the fatal shot is currently on leave. A police investigation is underway to determine whether criminal charges will be filed.

The case of George Floyd caused outrage around the world

Almost two years ago, the agonizing death of African American George Floyd, recorded on a cell phone video, during a police operation in Minneapolis caused international outrage and triggered nationwide protests against racism and police violence in the United States.

The white police officer Derek Chauvin had the black man arrested because of an alleged counterfeit $ 20 bill pressed his knee on the neck for around nine and a half minutes, although the 46-year-old repeatedly complained that he could not breathe. Floyd’s “I can’t breathe” lawsuit went around the world and became a motto of the anti-racism movement Black Lives Matter.