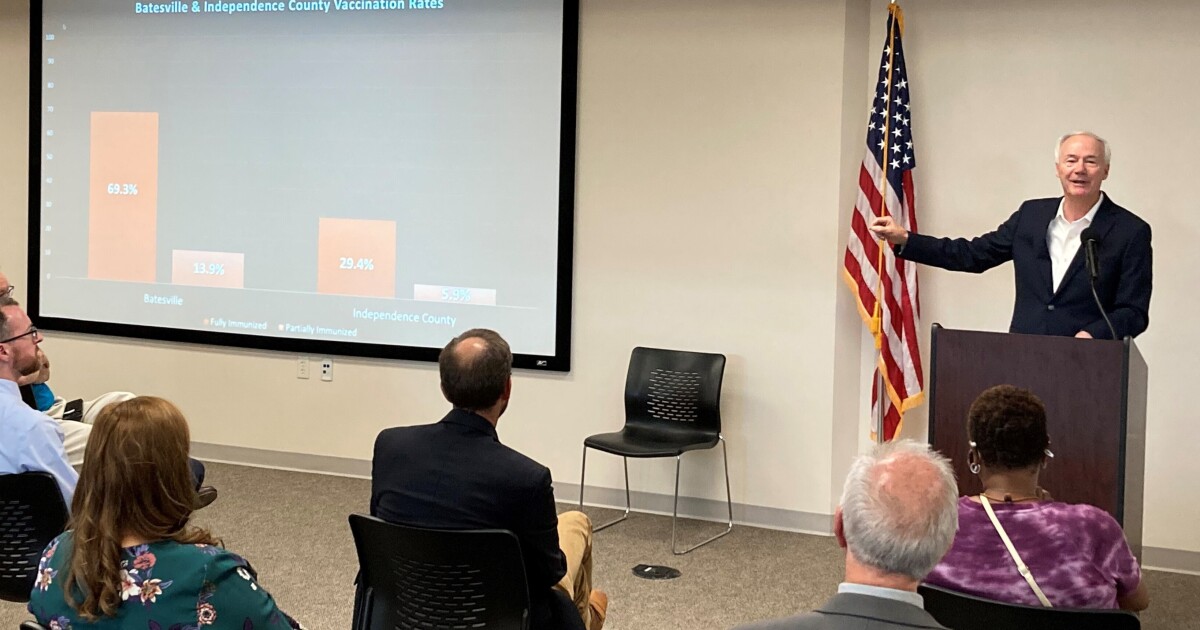 Giving away lottery tickets in exchange for people getting vaccinated against COVID-19 attracted little interest. The free handover of hunting and fishing licenses did not change many minds either. And despite Arkansas’ high infection rate, mandatory vaccination is out of the question in the Republican-leaning state.

That’s why Republican Gov. Asa Hutchinson is on tour to meet face-to-face with residents in an attempt to overcome indecision – and in many cases hostility – toward vaccines in Arkansas, which has the highest rate of cases. COVID-19 newborns in the United States but has one of the lowest rates of inoculations.

Hutchinson has spoken with residents like Harvey Woods, who was one of about five dozen people who turned out at a convention center venue in Texarkana. Most of those present did not wear a mask, and neither did Hutchinson, who has already been vaccinated.

Woods, 67, came to Hutchinson as an “anti-vaccine” person and noted that there are many doubts about the effects of inoculations and that he does not believe the information about them from the federal government is reliable.

The governor and his top health official tried to reassure Woods about the review process being conducted by the Food and Drug Administration (FDA). However, Hutchinson asked Woods a question.

“Do you believe that COVID is real?” Asked the governor.

“It doesn’t scare me,” said Woods, who later said he contracted the virus last year.

Hutchinson went on a state tour after he assumed the presidency of the National Governors Association.

In this role, Hutchinson has called for a priority to combat vaccine resistance.

Studies have shown that vaccines are highly safe and effective.

But misinformation continues to cast doubt among people, especially in conservative and rural areas.

Hutchinson has urged the FDA to fully approve the vaccines rather than authorize their emergency use because, he said, that would combat one of the arguments made by opponents of inoculations.