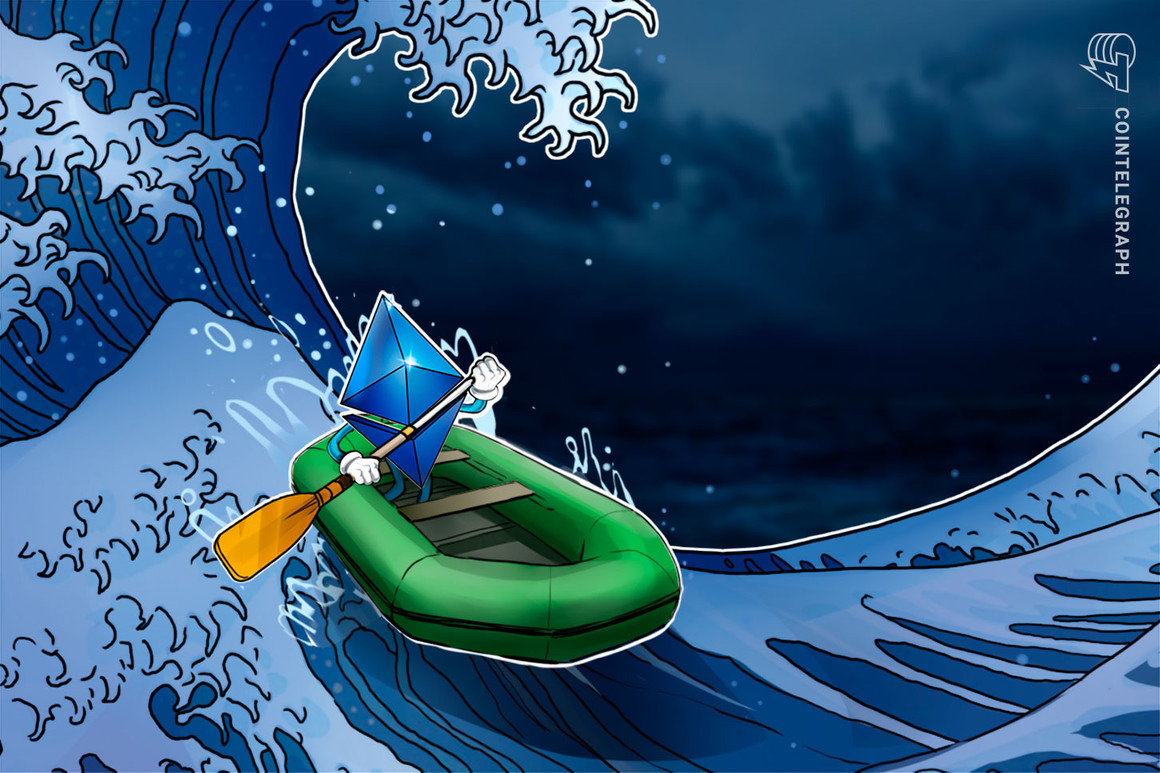 Ether (ETH) is perhaps the cryptoasset that has a more bullish outlook going into July, with a major technical update dubbed EIP-1559; which promises to make its native ETH token more scarce through the implementation of a burning mechanism in the network.

But so far this month, the second cryptocurrency by market capitalization has closely followed its main rival, Bitcoin. The positive correlation was visible on July 13, following the start of the New York trading day, when Ether plunged below $ 2,000 to hit its two-week low in tune with Bitcoin, which slid below $ 2,000. USD 32,500.

Thus, the ETH / USD pair reached its intraday low of USD 1,961.10 after a 3.43% drop. The pair’s modestly bearish move closely followed in the footsteps of Bitcoin, which fell under pressure as traders evaluated. the latest inflation data in the US.

The US consumer price index rose 0.9% in June to 5.4% year-on-year, marking its highest level since 1991. Traders sold Bitcoin and other cryptocurrencies when the news broke, signaling fears that a continuously rising inflation rate will induce the US Federal Reserve to withdraw its quantitative easing policies.

In detail, Minutes from the June meeting of the Federal Open Market Committee revealed that officials are in favor of at least two interest rate hikes by the end of 2023, provided the inflation rate is well above its target of two%. The central bank has kept interest rates below 0.25% since March 2020, which has reduced the demand for dollars by investors and, in turn, has boosted the demand for so-called safe-haven assets, including Bitcoin

Ether, whose one-year correlation coefficient with Bitcoin stands at 0.64, according to Crypto Watch, rose throughout 2020 and in the first quarter of 2021 on similar macroeconomic fundamentals.

However, the cryptocurrency posted better gains than Bitcoin, due to its role in a surge of booming cryptocurrency sectors such as decentralized finance (DeFi), the tokens no fungibles (NFT) and the stablecoins.

But the Ethereum network also suffered technical setbacks in the form of congestion. An overloaded blockchain caused miners (entities that process and add transactions to Ethereum’s ledger) to increase their commissions. In some cases, users were forced to pay more in gas commissions than the amount they were transferring.

The problems appear to have reached a definitive solution, as Ethereum intends to change its protocol from a miner-friendly, but power-consuming proof-of-work, to a faster and cheaper proof-of-stake. In detail, el hard fork London, which includes five suggestions for improvement, hopes to counteract those inefficiencies.

One of the protocol’s improvement proposals, EIP-1559, introduces a new commission structure to make the Ether token less inflationary.

It proposes burning a portion of the collected rate in ETH, thus adding deflationary pressure to the cryptocurrency. Additionally, the update replaces miners with validators. In doing so, Ethereum requires each validator to lock down at least 32 ETH to run its proof-of-stake network.

That also put a good chunk of the ETH supply out of circulation, making it as scarce as Bitcoin.

In order to Konstantin Anissimov, CEO of CEX.IO, rising macroinflation offers more bullish opportunities for Ether than for Bitcoin. Add that predicts the ETH / USD pair to hit $ 3,000 on an anti-inflation narrative.

“As it stands, the Federal Reserve has increased the size of its balance sheet since the beginning of 2020 to more than $ 8 trillion, a substantial increase,” he explained, adding:

“The reduced price is an avenue for market investors to accumulate the coins at a discount, while relying on their ability to serve as an adequate hedge against inherent inflation.”

And from the looks of it, the accumulation of Ether is happening at an accelerated rate. According CryptoQuant, a blockchain analytics company based in South Korea, Total ETH reserves across all cryptocurrency exchanges have fallen by more than half following its price correction in Q2 2021, from $ 4,384 to $ 1,700.

Ether’s correlation with Bitcoin remains a bottleneck as ETH looks for new highs. However, Josh Arnold, a financial analyst associated with Seeking Alpha, highlighted that Ether and Bitcoin are sometimes negatively correlated. A correlation efficiency of 0.64 is not perfect.

Arnold, instead, focused on the structure of the Ether price chart, noting that the crypto asset formed a descending triangle pattern upon peaking in mid-May. Descending triangles are usually continuation patterns that take prices in the direction of their previous trends after a short period of consolidation.

Arnold pointed out that Ether bulls need to hold triangle support to maintain their bullish bias or they are in danger of losing control of the market to bears. He explained:

“A break to the downside of the descending triangle would see Ethereum sink to new 2021 lows and trying to find support again, but at much lower levels.”

PBut given Ether’s resilience in the face of bears, Arnold anticipated that the cryptocurrency could end up rising.

The views and opinions expressed here are solely those of the author and do not necessarily reflect the views of Cointelegraph.com. Each investment and commercial movement involves risks, you must do your own research when making a decision.