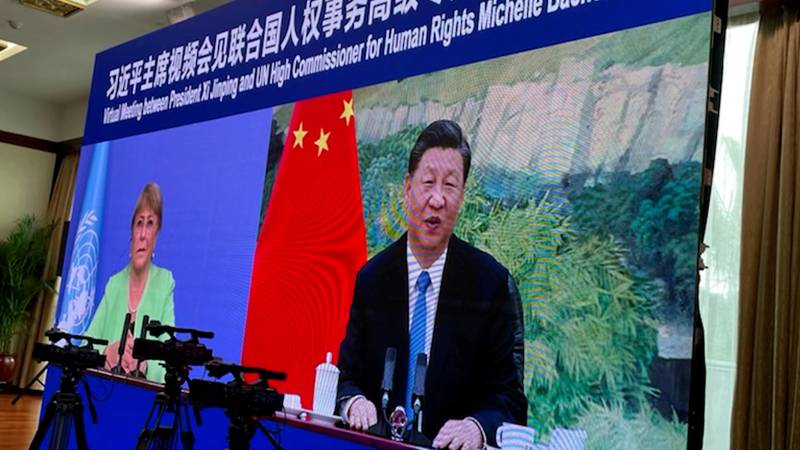 Amnesty International dismissed the trip, during which Bachelet also visited a Xinjiang prison and spoke with President Xi, as a photo opportunity. “The impression is that, as expected, she has fallen into a propaganda trap set by the Chinese government,” President Agnes Callamard said in a response.

Human rights groups have criticized Bachelet’s inability to speak freely with Uyghurs in the area and the international press was barred – both due to the risk of corona infections, according to China. Interest groups had also hoped that Bachelet would speak out about the oppression of Uyghurs.

“She seems to believe that she can convince China to be less harsh with back-room talks,” she said. analyzed Human Right Watch director Kenneth Roth. “But she can talk until she sees blue, Beijing only responds to public pressure.”

The US agrees with this criticism. “Because of the conditions imposed by Beijing, it was not possible to independently assess the human rights situation there,” Foreign Minister Blinken said. “The high commissioner should have been able to talk confidentially with Uyghurs.”

Blinken spoke of crimes against humanity and genocide against that Muslim population. He criticized the fact that Bachelet has not spoken to a single person who has experienced what is happening in the Uyghur camps.

The WUC, the main Uyghur lobby group, also says it is “seriously disappointed”. “As expected, the high commissioner has squandered a historic opportunity to investigate the Uyghur genocide.” The WUC therefore no longer finds Bachelet credible.